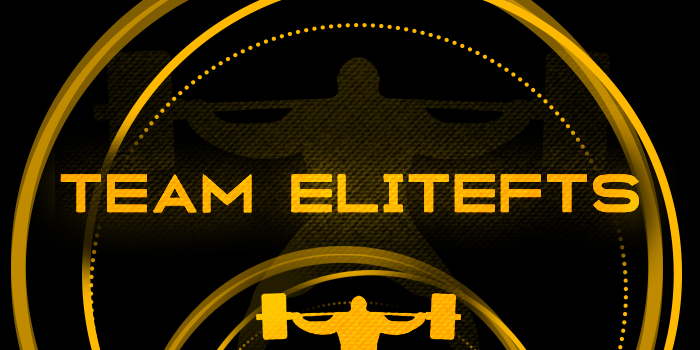 Lesson #1: Just because you have done something does not mean you can do it again. If that were the case, a golfer would duplicate his best round every day, a batter would get a hit every at-bat, and three-pointers would go in on every shot. Doesn’t happen! The stars have to be in perfect alignment (bullshit). Your mind, your body, your coordination, and strength have to be in perfect alignment.

Lesson #2: A world record is a big deal. Don’t expect one every meet and don’t pout when one is not obtained. Work harder, work smarter, and it will happen.

Lesson #3: Do not go to a meet, especially if you lift in gear, without help. To try to get into gear alone is not possible. For me, wrapping my own knees takes too much energy and I rarely do it well.

My preparation for the 365 Strong World Games was much more orderly than for my IPA meet. I did what I was supposed to do each training session. Life did not interfere as much. That is not to say that I hit all my numbers and neglected my deadlift. My bench press numbers were still piss poor. While there some physical limitations that are partly responsible, I still have to get stronger and work harder on my technique. I realized some mistakes in the meet as I made them, but it was too late to make a correction.

I did, however, undertake an experiment. A friend who is an excellent squatter, 820+ raw, also squats in gear and uses the same squat suit that I do. I was explaining to him the difficulty I have had achieving depth consistently. He suggested that I use the suit without briefs, which is what he does. I was skeptical at first.

When I got home, I tried it. It dramatically improved the speed of my descent and helped me reach depth. I was also able to handle substantial weight. I did not think I would be able to handle the weight without the briefs. As I trained and increased the weight each week, it was not a problem. I still had not made up my mind a few weeks out from the meet.

We bought some hooks for the gym that simulate a monolift. It’s not the same, but it helps. The hooks don’t swing as far away as I would like, forcing me to sit back more and come up straight. The damn device makes me use better form and technique. I executed my 90 percent, which was my opener in training. I felt pretty good going into the meet and had decided to give the experiment a try. 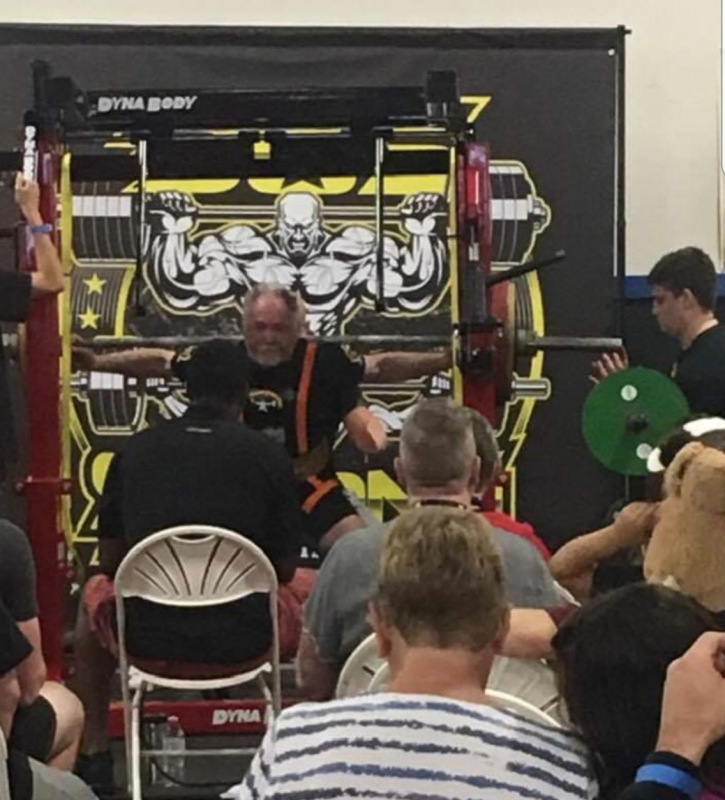 Going to a meet to lift in gear without help is not a good idea. In fact, it’s downright crazy! I had no one to help me get into my suit or shirt, wrap my knees, or help me stay abreast of my turn. I prevailed upon someone to help me with my suit. I lost track of the proceedings as the meet went from Flight A to Flight B. The head judge came over to me and said, “You’re up.”

I stood there like a dummy with my wraps and belt in my hands. I told him I would have to surrender my turn because I couldn’t be ready in one minute. He very graciously gave me two minutes. I wrapped my knees, buckled my belt, and rushed to the platform.

Thankfully, my first attempt went down quickly and came up even faster. GOOD LIFT! In all that chaos, training paid off.

My second attempt was for a world record. It went down and up smoothly. Not deep enough. NO LIFT.

I recruited a friend to call my depth for my third lift. I knew there was trouble when I descended too slowly. I went as far as my breath would allow and had to come up. NO LIFT.

I have been taught to take in as much air as I can before I stand with the bar. There are times when I run out of air. I want to blame it on my COPD, but it may be because the weight is too damn heavy. I am going to experiment with taking in more air after I stand up. It may give me more time to get the squat done. Since I have some time before my next meet, I am going to address the flexibility of this screwed up knee and titanium hip. I can get deep enough; I have seen videos of me doing it.

RELATED: The Lift Starts Before You Touch the Bar

I had a lot of fun with my piss-poor bench. I met some bench-only guys from Arkansas and Tennessee. It was as if they adopted me for the bench press. One of them said he had a shirt in his car he thought would help me. I finished my opener, and he was back with the shirt. Three of them put me in the shirt, belted me, jacked the shirt, and pulled the sleeves off of my shoulders. I nailed my second attempt. We went through the same procedure for my third attempt. It came up nicely, but I failed to lock it out. I knew I had made a mistake when I did it; hopefully, it won’t happen again.

Deadlifts went reasonably well. I was tired, hungry, and wanted to take a nap. I was successful in my first two attempts. The second, however, felt heavy, and I considered waiving my third. No reason to save energy now — go for it. I attempted a WR. It was too damn heavy! No PRs, no WRs, but a whole lot of fun.

The meet was billed as World Games. While most of the lifters were from North and South Carolina, many states were represented as well. Also, there were some international lifters in attendance, most notably from Georgia, and I don’t mean Atlanta. There were two lifters and some support people. One of the lifters is/was an Olympic lifter for Georgia. They both did well, and there was a lot of screaming in Russian.

Because of a shortage of officials, I was drafted into duty on Sunday and also substituted as the announcer. More fun. Got to tell some of my corny jokes. Saw the big guys do some heavy and impressive lifting. The bench-only guys were crazy awesome, especially those in shirts. Met many new friends and renewed old acquaintances and had a lot of fun (isn’t that what it’s all about). Bill Clary and his people ran an excellent meet. I look forward to the next one.