Cash-Register Lady, Your Mom, and Applebee’s

I was at the grocery store a couple of days ago and something happened that happens to almost every one of us at some point in time.  The person working the register commented on my groceries with a quick little quip that I think she thought was cute, but that people like us tend to get a little annoyed about. Understand that she didn’t make the comment to be mean or to belittle me, but probably just to make conversation as a bit of an “icebreaker,” I suppose. Most of us tend to think people are being nosy when things like this are said, but I see their comments more as intrigue than anything else.

Though my response to situations like these are almost always well-rehearsed and delivered with the precision of a stand-up comedian, my motivation is not as much to seem funny or witty as it is to completely destroy any chance that they want to continue the conversation. Make no mistake, though, I am both funny and witty. However, I admit that sometimes I am not in a good mood and I might immediately think that I could blast this person, but prefer to be the nice guy and set a good example by being light and not come across as offended or annoyed. Basically, I have two responses in my head: the polite and witty response that almost always works and is non-confrontational, and the shitty response that would always drive the point home that their comment is irritating and that I tire of stupid responses throughout my life from dumb people.

RECENT: In With the Old, Out With the New

Because I have dealt with this kind of thing for so many years, I figured who better to give the newbies and newcomers to the sport a head-start by teaching how best to react to these types of situations. What I will do is provide some examples of things that, if they haven’t already been said to you, they most certainly will at some point as you get HYUGER and/or RIPPEDER. You will have to decide which response is best for each situation below. I would also encourage any of you to offer up additional responses in the comment section after this article, as well. 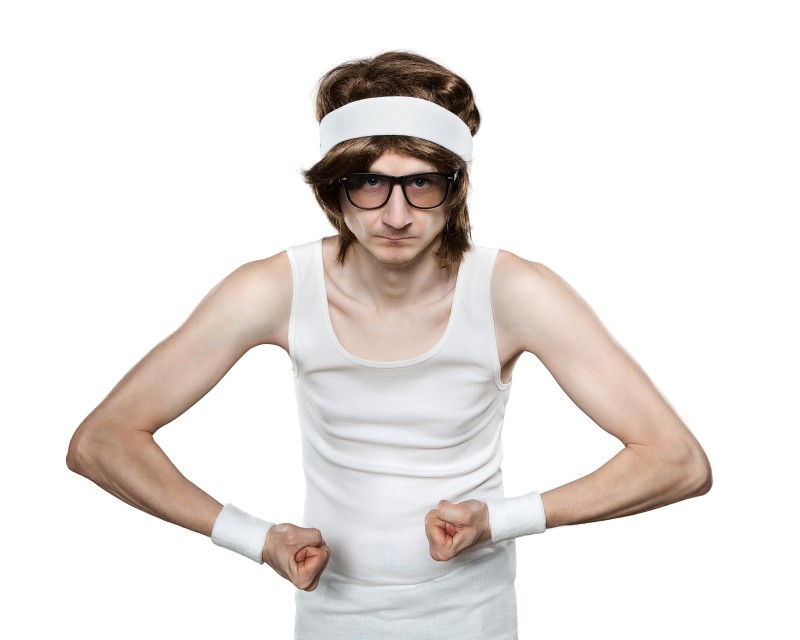 Register lady at the grocery store:

“You eat a lot of chicken and are these yogurts for you or your kids? Looks like a lot of protein to me.”

“You eat a lot of donuts? I ask because your ass and face are roughly the same size and that size is not small. Maybe just do your job and forget the small talk?”

“The chicken and the yogurts are both for the kids, yes. I have to have the refrigerator stocked with healthy food when Child Protective Services does a well-check once a week.”

Skinny dude standing in line at the Post Office:

“How many hours you workout each day, bro – like 6 hours? I don’t have that much time in the day or I would be jacked like you, too.” (hits a quick most-muscular pose, hitting the pose perfectly timed with “jacked like you” as if it was a beat in a song. I admit that I thought it was well-played)

“You likely do have that much time in the day because based on that flea market FUBU sweatshirt and fake-ass rope chain you’re wearing, you aren’t spending much time at a J.O.B."

“I have too much to get done in a day to work out that much. I spend a couple of hours at the gym a few times a week to keep my sanity. Staying in shape is more a side effect.”

“I have 4 kids of my own and I don’t like when they talk to me. Why would I want to talk to you? Don’t you have a Dad? Ask him your dumb questions.”

This ALWAYS works and has for years. It is easily my best and most effective response and rarely, if ever, does the conversation continue. Only a handful of times will the person press any further and when they do, I keep a straight face and tell them I’m serious, but I appreciate the compliment. 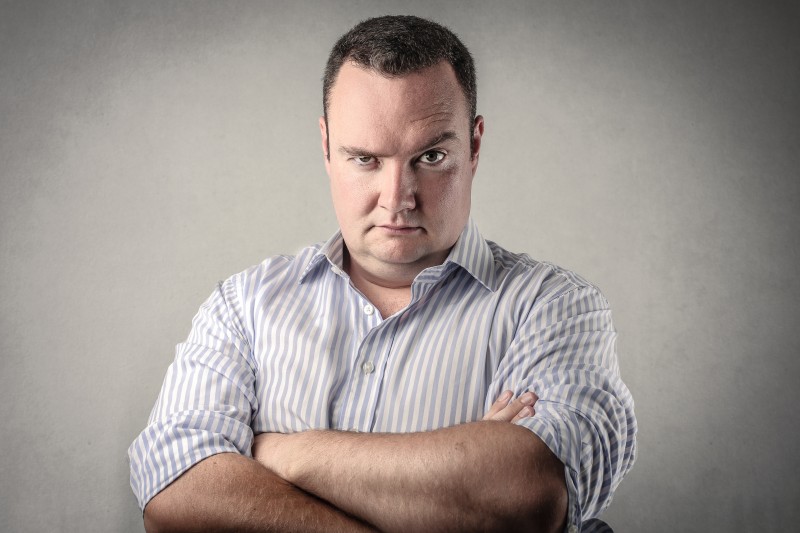 Every fat guy who has ever worked out:

“How much you bench?” (always said with an upward nod at the end of the question)

“Does it really matter? You are going to tell me about your cousin, uncle, friend, brother, step-brother, niece’s boyfriend’s Dad who can bench 100 pounds more than any number I tell you.”

Another potential response and one of my favorites:

If you say it with a straight face and then if they seem to not believe you, just inject that you used elbow wraps so it wasn’t “official,” but it was still pretty damn heavy.

Most people will believe you. If they don’t, just keep selling it no matter what. People are dumb.

“I am a bodybuilder; I am not a powerlifter. I prefer to look like I am really strong instead of having to work too hard to BE strong.”

And here are a few “touchy” comments that are usually more difficult to be nice about:

Guy in the gym:

“Do steroids make your dick small?”

“I’ve taken a lot of steroids over the years, but your Mom won’t stop blowing up my phone. Ask her.”

“I can’t risk it; my dick is already small enough.”

There isn’t a guy out there who will continue the conversation after that response.

And my personal favorite:

Overweight, out of shape, cigarette-smoking woman I went to school with 30 years ago telling a mutual friend of ours (who exhibits the same traits but also has bad teeth):

“All that muscle is gross and so are his veins. That is not sexy, at all.”

“So you’re saying I have NO chance?”

It is important to note that if you get caught off guard with a question, simply come up with a way to compliment them. You will rarely get asked if you work out by someone who hasn’t worked out, at all (whether they look like it or not). Tell them they look like they have been putting time in at the gym and they will leave the exchange feeling good about themselves. Think about it: the guy with the muscles thought THEY looked like they were putting in time in the gym.  Most would see that as a big compliment.

Bottom line is to have fun with people and to not take have such a high opinion of yourself. Just because you have some muscle doesn’t mean anyone thinks you’re a celebrity, that you are cool or hot. It is more likely that they are simply intrigued. They will likely forget about you 30 seconds later. We all tend to think that we stand out in a crowd and I think we do, but it’s subtle. No one cares about you being in shape as much as you do.

And I was kidding about the small dick thing. Just sayin’.