Excuses are the Language of Quitters and Non-Starters 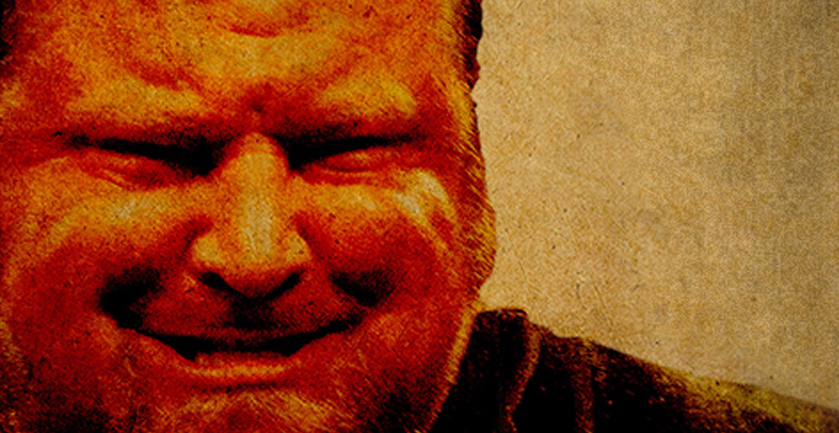 Let’s face it: excuses are easy, and everyone has the ability to make them. I worry that the use of excuses is becoming accepted by society. Sayings like “it is what it is” and “it is all good” have taken hold and are basically just generic excuses that can be used in many situations. When did hard work and struggle become a bad thing? These are the things that make us tough, make us resilient, and help us to learn to be better humans. The most satisfying accomplishments that anyone can make are the ones that took serious struggles. Excuses set the bar low and help to build nothing positive in our lives.

The outcome of most situations we come across in life and in strength training come down to our mental outlooks. Success can be won or lost in the mind. Excuses create a very negative outlook on every situation. I have seen way too many lifters lose before they even really get started because they fall back on excuses. I don’t have the genetics, the time, the right gym, etc. and etc. I have also seen just as many strength athletes get stuck in mediocrity or even lose competitions due to excuses. The other person is using PEDs: “I can’t afford the equipment I have,” “I don’t have a coach,” “I forgot my belt or wraps,” etc. and etc. Excuses are like a terminal and infectious disease: They can eat your success up and can easily drag others down with you.

Bad things sometimes happen, and we all make mistakes. This is an inevitable aspect of life, lifting, and being human. There is a very big difference between an excuse and a reason, though. An excuse tries to say that there was nothing we could do about it and that fault was out of our hands. “It is what it is”: There was nothing I could do, and there is nothing I can do now. A reason is a search for an intelligent answer as to what exactly happened, and why. It involves taking responsibility for our actions before, during, and after. It is a search to fully understand what led up to the incident and what could have been done to avoid it. Part of that is figuring out what can be done to help us to do better if this same situation arises again. We should be asking ourselves how we can train to be successful if these same conditions arise again. I have missed many lifts in my career, but never once did I make an excuse for this or blame it on anyone else. I did, however, always have a reason as to why it happened. I never in all of my years missed a lift because I was not strong enough.

I have missed lifts because something went wrong during the process of pulling the hooks out from the monolift. This was a reason, and I did not focus on any blame. One time, it happened because I had my rack height too high from not calculating for the bar bend with that weight. It was an operator error, but still, I should have been better prepared for this so as not to allow it to cause a missed lift. Once I concluded a logical reason and cause, I formulated a game plan to work it into training. In the situation of too high of a rack height, I simply took a tape measure the next time I trained with those weights to get an exact measurement of the emptying bar. I wrote it down and took a tape measure to the next meet. In the case of operator error, I simply made sure to slow down and to hold my squat at the top for a longer period in training so that when it happened again at a meet, it did not affect my performance at all. I have also missed lifts due to errors in my technique. After missing a lift, we would analyze it and find the reason for it. Maybe I missed a bench because I relaxed my lats, which allowed my shoulders to come up. OK, during my next lift, my main focus was on fixing that issue, and almost always, I would come back to smash that lift. I did not make excuses or blame anyone, myself included. Excuses and blame just feed negative energy and are very unproductive. Focus on finding the cause and how you’re going to solve it as quickly as possible. After the competition, reevaluate to figure out ways to help to resolve the issue in training.

The only place where excuses get you is in a state of denial. I have seen great lifters get torn up on the internet over and over by other much-lower-level lifters. These lifters are deep in a state of denial because if they actually accepted the truth and reality, then they would have to expect more from themselves. Instead of striving for that higher standard, they want to break better lifters down to their levels. They will use every excuse in the book to do this. They will claim that it is just steroids, great genetics, a great gym to train at, a great coach, a less important job, less stress, or even an easier life. It is amazing the things people will tell themselves to avoid hard and intelligent work. It is just easier to break everyone down and to try to deny the greatness of their achievements. I will say that some of these things may be what helped lifters to achieve their greatness, but these internet types are using them as excuses for why they have not achieved the same levels. Sure, steroids can help to make some people stronger. Sure, great genetics helps lifters to gain strength. Sure, a less stressful and physical job that pays better will help. Sure, not having a lot of life responsibilities helps. All of these things can help, but they are not a reason to sh*t on their achievements or to make your mediocrity acceptable. Every top-strength athlete I know started out at the bottom and worked his or her ass off in an intelligent manner to reach the heights of strength sports. I, in fact, have seen lots of lifters with great genetics who never reached the higher levels. I have seen tons of lifters on steroids who plain suck. I have seen lifters who don’t have sh*t in their lives but are still weak. Trying to break others down will never make you look any better, and I believe that deep down, most of the people who do this know that fact.

The bottom line here is that people need to stop making excuses as to why others are doing better than they are. Instead, these people should be looking at themselves and try to find the reasons why they are not achieving the things they want to achieve. I don’t give much of a sh*t about what your genetics are, as I was one of the best in the world, and my genetics are average at best. Sure, maybe some of you have absolutely horrible genetics, but still, you have no idea what you can actually achieve until you try. Like I said, I have seen people make great gains on steroids and others not get sh*t. Either way, I again don’t give a sh*t. I was at one time totally against steroids and refused to use them. It did not matter to me if people used or not because I knew the level I wanted to compete at. When I squatted 1000 pounds drug free, the internet warriors claimed that it was impossible and that I was using. I chose to take that as a compliment because I did something so amazing they could not fathom it being real. My training partners wanted to decapitate them, though, because they knew the truth—that I was clean. I fought severe depression and horrible sleep issues, which made my recovery very bad, but still I reached the highest level of powerlifting and made the all-time top 10. I did not do this by making excuses and trying to tear others’ accomplishments down. I focused on what I needed to do and looked on other great achievements as just that. If a lifter was great and in the position I wanted to reach, then I tried to learn from him or her. I took a good, serious look at what my weaknesses were and tried to strengthen them. What I could not strengthen anymore I tried to work around. I took advantage of my understanding of lifting to develop a great technique. I recognized my terrible recovery and adjusted my training accordingly. I am not trying to say that I am some super human, either. My point is that if I can achieve the level I did, then what the hell is your excuse? Better yet, what are your reasons, and why aren’t you working on it? Why aren’t you holding yourself to a higher standard?

I figure that I should make some clarification here that I don’t really care what your goal is in lifting or life. I just care that you have a goal or standard that you hold yourself to and that it is at a minimum above the norm. Keep in mind that mediocrity sucks! Wherever you are now, expect much more of yourself. Don’t waste time or energy trying to drag others or their achievements down. Instead, spend that time building yourself up. Don’t make excuses; instead, discover the reasons why you’re not achieving your goals or meeting your standards. Then, fix those reasons so that you start meeting those goals and reaching those standards!