I Didn’t Learn a Thing From My Father

I remember being a teenager and my father telling me that, one day, I would be just like him. That's a horrible thing to say to a teenage boy, so I made sure that I repeated this sentiment to my kids – especially my son. When I was young, I had no idea that part of being a parent is unknowingly, psychologically victimizing your kids every chance you get. I took it a step further, though, and KNEW I was doing it. Don't knock it; parenting is tough enough without having something to laugh about amongst yourself, spouse, and other parents.

The thought of one day being "just like him" did not seem very appealing. At some point, someone lied to him. He was just passing along the lie – as if parents want to believe they are great, and that their greatness will be passed on to their fertilized eggs to continue the legacy of greatness for all of eternity, infinity, or whatever.  This is probably where the teenage eye roll was born.

Gee, I get to be old, boring, married to the same person forever, and never go out to do anything fun unless it involves the kids? Where do I sign up for this?? I can’t wait, Dad!! I want to be just like you!

I think subconsciously, this forced me to attempt to circumvent what I thought was my (and everyone else's) destiny. I remember quite vividly not wanting to grow up to be the guy who wore a suit to work, worked a 9-5 job while my wife stayed home with the kids, and look and act like everyone else. All dads were overweight, dressed in dad-lawnmower tennis shoes, and well, ACTED like dads. I refused to do that. I can't help but think that bodybuilding, in some way, took me down a different path. 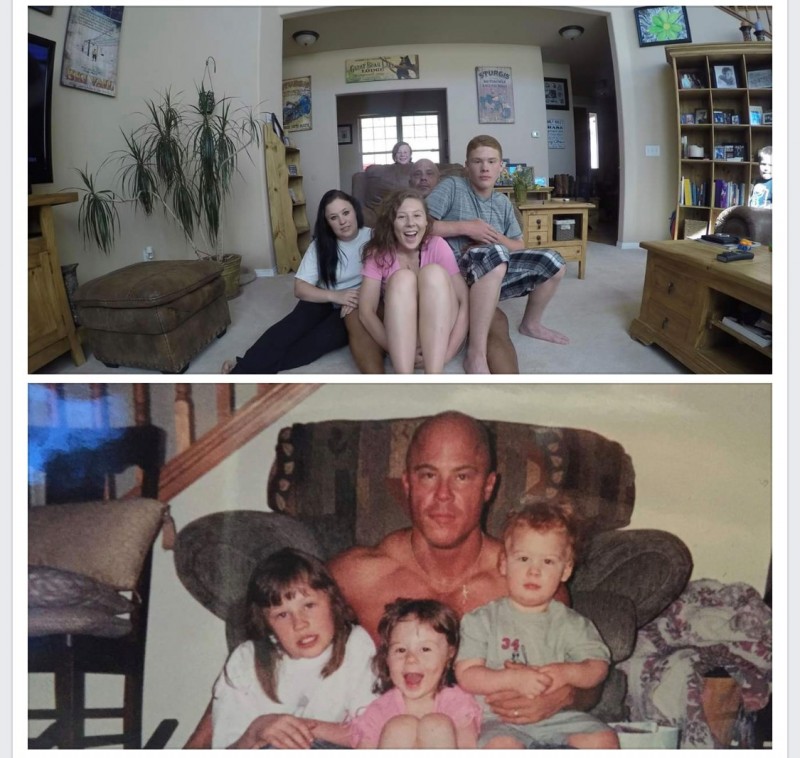 As I got into my 20s, I was dead set on making a living as a bouncer. I mean, if John Dalton could make a living bouncing at the Double Deuce kicking everyone's ass while driving a Mercedes, I could do it. When my girlfriend (wife now) got pregnant while I was working at a bar, I had this nagging feeling that bouncing quite possibly wasn't going to be my best career path. I was also starting to think that winning the Olympia was slightly out of my reach, so at this point, I figured I needed to grow up a little.

I started a real job, worked a 9-5, and hated every single minute of it. There were days I would tell myself that I was going to walk out at lunch and never come back, but the thought of telling my wife that I quit and looking at my daughter who needed to eat, forced a work ethic that I was fighting tooth and nail. I hated it, but I stayed. It was the right thing to do.

Fast-forward a handful of years, and my wife and I took a leap of faith and moved to Colorado. We knew no one; it was just me, my wife, and our four-year-old daughter. We ate oranges and peanut butter sandwiches for three weeks until our first paychecks came in. During that time, I would take our daughter to my wife’s work, where my wife waited tables at a pizza and beer joint because there was an all-you-can-eat buffet for lunch, and we could eat for free. I asked my parents for NOTHING; I expected NOTHING; I wanted NOTHING from anyone. We were going to make it on our own.

I ended up building a business where there was no one to model my business after because so few were doing it, and almost none were making a living at it. I had no college education and had to learn by making mistakes. I built that business over the last 18 years, and I am proud to have raised four children using almost every cliché' dad-phrase that my father used. Every single time I had to speak to my children about something, I would think, "what would my father have said to me?"

If I was pissed at my kids, I would remember my father almost always being very calm and collected while dealing with me. I remembered him always being around when I was young, and he was always supportive – even for bodybuilding. And I should be clear that he was not terribly excited about me trading traditional sports for a beauty pageant. 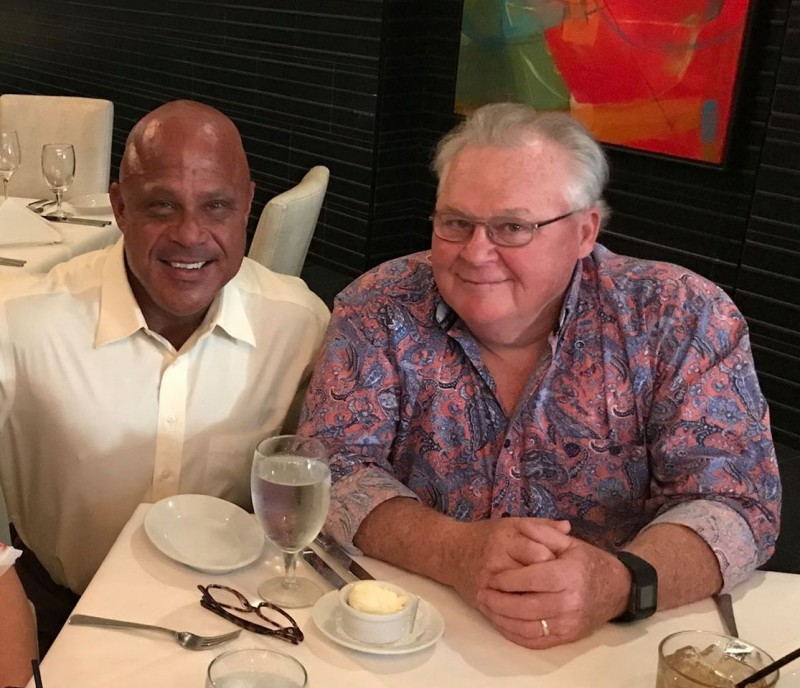 I didn’t learn a thing from my father…until I was older. I guess you could say I did learn from him when I was younger, but I had no idea that it would take years to play out. I don’t do everything my father did as I am quite different than he was in many ways. At the same time, there are clear similarities. Basically, we take what we liked about our parents, and we repeat and model those traits. We disavow those things that we didn’t like and use a different approach. My oldest daughter still hates cottage cheese and pears, to this day, because I had this stupid rule that you needed to finish your food before you got up from the table. We tease each other about it today but bet your ass that her sons (our grandsons) are not forced to eat anything they don't like.

As I took what I liked from my father, my kids will do the same. They will take what they liked about their childhood and use it with their kids, and dismiss the things they didn’t like—it's the “learning” part of being a parent and a child. I have made numerous comments to my kids that when they are parents, they will decide what is best for their kids and pick and choose the tools they use.

As a father, we only focus our attention on our kids. However, my father has indirectly affected my grandkids due to his behaviors being passed down to me and then passed down again to my kids. My influence as a father will be seen, in some fashion, for generations to come. I am 50 years old, and only recently has this become something that I have begun to understand.

As a father, know that your impact is significant and that it goes so much further than your own kids—this goes for poor decisions and poor behavior, as well. You aren't only helping to better your kids' lives, but the lives of their kids and future generations in your family. It's a tough job, but it's a rewarding responsibility that I wouldn't trade for anything. I hope that my kids feel as strongly about me as a father as I do about my own father. Just Sayin’.