Metabolic Syndrome: How to Diagnose and Beat It 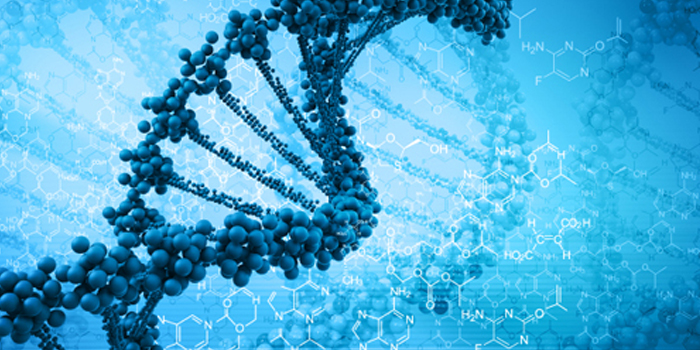 Metabolic Syndrome (MetS) is a flashing warning light, strobing a yellow alert that you’re headed towards diabetes and cardiovascular disease.

MetS is defined by a checklist of factors:[i]

If you have three or more of these conditions, congrats: you’ve got Metabolic Syndrome. Odds are these are ringing a bell for more than a few readers.  And don’t let yourself off the hook if you have one of these conditions under control only because you’re on meds — it still counts against your score. On the other hand, you aren’t alone; as much as a quarter of the world’s population has MetS.

Visceral adiposity or central obesity, i.e., the fat surrounding abdominal organs, is a killer.[ii] It’s also the factor behind most “beer guts,” making waist circumference a good indicator. This is especially true in men, as males almost preferentially store fat in the abdomen. Because of genetic and cultural differences across the globe, waist recommendations are tailored to race and region.  Converting the American Heart Association’s metric figures into the King’s units, American men hit the threshold at 40 inches, while women reach it at 34.5 inches.

RECENT: Your Body and Your Boss: My Encounter with Employer Wellness
Programs

My feeling is that this is a bit generous, and I think most people born and raised in North America would benefit more from following the WHO’s general recommendations for Caucasians: 37 inches for men and 31.5 inches for women. These measurements aren’t cover-model thin by any stretch—most men won’t start looking lean until they get closer to 30 inches around the waist—so they’re still doable.  Sure, you could argue a tall guy with shoulders wider than a barn door and abs like a redwood stump wouldn’t fit so neatly into this paradigm, but that’s the rare exception, as are people so small as to give a “false negative.”

If you’re looking for take-home advice, if you have a gut it’s a potential problem. In fact, some MetS checklists have included an elevated waist measurement as a requirement for a MetS diagnosis, and it’s probably fair to say that in many cases the large waist is responsible for the other factors.

Diagnosis of low HDL-C , better known as “good cholesterol,” is also population dependent, though this time only by gender. Men who have less than 40 mg/dl and women who have less than 50 mg/dL meet the criteria. The other three signs of MetS are universal for all populations, starting with high triglycerides (or hypertriglyceridemia, if you like syllables.) Levels of these fats in the blood stream are considered high when they cross the 150 mg/dL threshold. High blood pressure starts at a 130 diastolic and/or a 85 mm Hg systolic reading; this assumes you’re in a relaxed state and the measurement is taken properly, so don’t let one oddball reading throw you off. Finally, if your fasted glucose cracks 100 mg/dL, you count it towards your three.

I doubt there’ll be much discord over the inclusion of waist circumference, fasted glucose, and blood pressure as health markers, though getting into lipids can raise eyebrows. My advice here is to remember the focus is MetS, not heart disease and such, and that the connections between broad blood lipid analysis and this syndrome are quite strong. 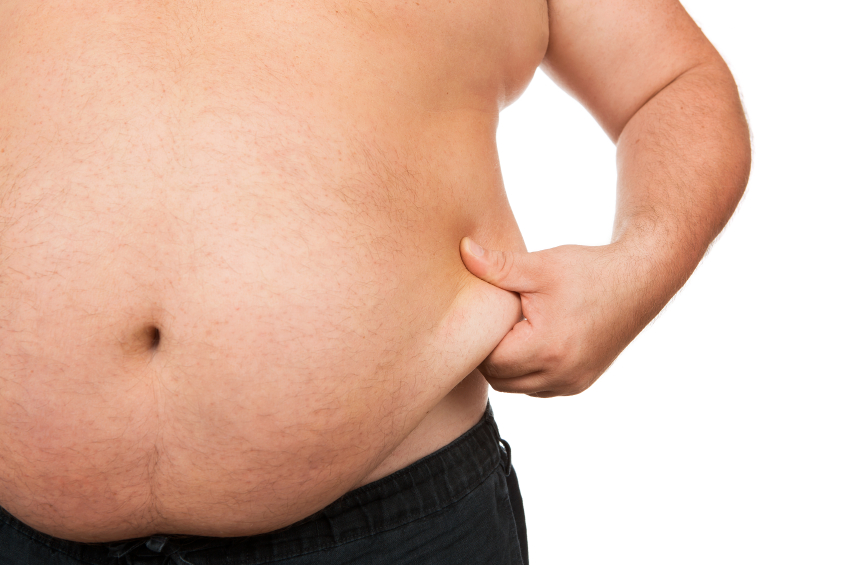 If you meet the MetS criteria, you already have problems. The fat accumulating in your gut is biologically active and is responsible for chemicals—adipokines—that are already rewiring your appetite, harming your smaller blood vessels, and changing your sympathetic response to food. It’s also responsible for scavenging macrophages that are themselves pro-inflammatory. Your insulin sensitivity has likely been reduced, and with it your body’s ability to respond to dietary changes.

More generally, you may be experiencing many of the symptoms of individual MetS factors. Insulin resistance can lead to impaired cognition, fatigue, weight gain, and constant hunger. Unchecked blood pressure can harm the eyes. Extra weight around the stomach can cause or worsen sleep apnea and acid reflux, and lead to hormonal dysfunction. The accumulation of adipokines and other pro-inflammatory substances in your blood stream can give your joints hell and may be increasing your odds of developing arthritis (or worsening what you have.)

Lifestyle-induced obesity is, in most cases, the root of MetS. Genetics can influence these factors to a degree, but they don’t have nearly the impact of the American-style high-fat/high-carb diet, especially coupled with inactivity. It’s so strong, in fact, that it not only exerts epigenetic effects, but that a developing child in the uterus can be impacted by its mother’s MetS. Another issue that’s outside of your control is your adiponectin level, a protein that regulates blood-glucose levels and fat metabolism.

Visceral fat is again an important player here, as it’s more hormonally active than the subcutaneous fat found elsewhere in the body. Finally, gender can influence how fat stores affect MetS. In women, fat responds to increased energy supply by dividing into more cells (hyperplasia), while in men, the cells are more likely to simply grow in size (hypertrophy.) Pound for pound, hypertrophied fat cells produce more adipokines than fat cells that have multiplied, making weight gain an especially important aspect for men.

MORE: Hello, My Name Is Cardio and I Don’t Make You Fat

Despite the importance of fat, though, hypertension is cited as the most common factor in men with MetS. Much like fat, the high-level cause of hypertension is often obesity and inactivity, though a more granular analysis gives rise to multiple causes, including other MetS factors. The gender difference might be explained by the fact that female sex hormones (mainly estrogen) seem to protect against elevated blood pressure. This also seems a likely explanation for why post-menopausal women develop first-time hypertension.

Insulin resistance is associated with a poor diet (excessive calories, high-fat/high-carb) and inactivity, as are the disputed waters of blood lipids. Digging a little deeper, high levels of circulating fats and glucose in the blood stream trigger oxidative and toxic reactions that cause mitochondrial dysfunction and can impair or even kill the pancreatic beta cells that store and release insulin. Similarly, any aspect of heredity that impairs glucose and/or fat metabolism and transport can cause the same problems as a bad diet.

So, it’s pretty obvious that MetS factors feed into each other, occasionally leading to chicken/egg scenarios when it comes placing blame.

A combination of improved diet, increased exercise, and losing excess bodyfat are the answers for most people with MetS. Fortunately, these three recommendations support each other, and when combined address MetS in a variety of ways. The more notable actions include:

For others, medication is required. These populations include people who do not lose excess weight, are mobility-challenged, or are atypical subjects who are already in good physical condition. In these cases, exercise and diet changes are recommended concurrently with treatment if they are absent from the individual’s lifestyle (and possible, given the circumstances.) Though an exhaustive list is beyond our scope here, thiazide and calcium channel blockers are common medications for hypertension, statins are recommended for blood lipid issues, and the diabetes drug metformin is seeing use as a treatment for insulin resistance and even obesity. 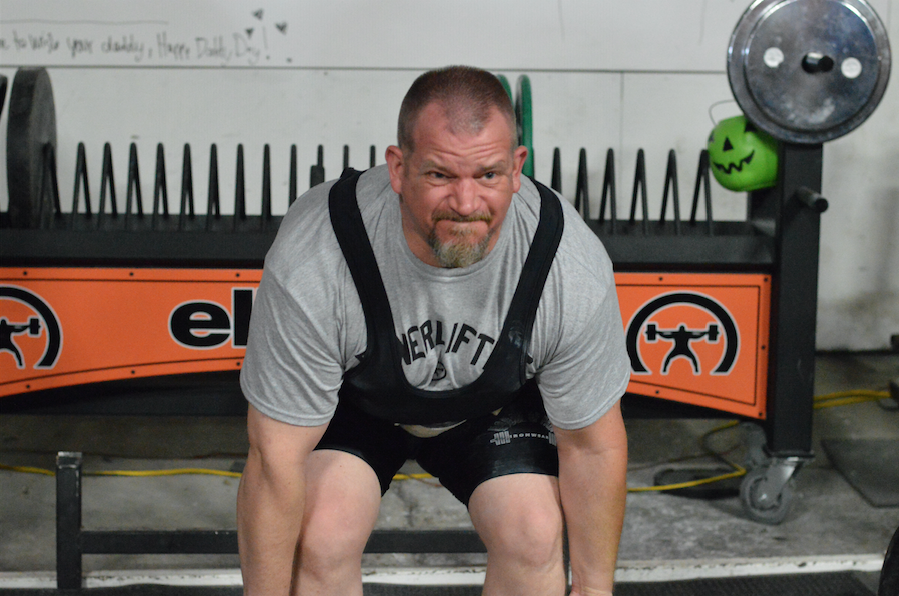 Metabolic Syndrome can put lifters—especially powerlifters—in a bind. The extra weight that’s so helpful in the squat and bench is suddenly a potential harbinger of disease and even death, and the requirements of maintaining it are themselves troublesome. Even the hormonal profile that helps maintain muscle mass can worsen the situation. Bodybuilders fare better because they can incorporate additional cardio and more moderate bulking phases, though for competitive powerlifters, training outside of their competitive weights and adding a few hours on the treadmill can be deal breakers when wins on the platform and records can be decided by a few pounds. With many lifters competing into their forties, fifties, and even beyond, the potential exposure to prolonged MetS is alarming.

On the other hand, addressing MetS could lead to benefits under the bar, perhaps not in absolute poundage, but relative to weight classes. Lost weight can lead to healthier joints, increased work capacity, and better sleep, and the ability to wean off of foods that are calorie-dense just for the sake of keeping weight can lead to improved general health.

Deciding how to handle Metabolic Syndrome, or even its various factors individually, is a decision to be made with the guidance of health experts. MetS is a focus of general practitioners, cardiologists, endocrinologists, bariatric physicians, and nutritionists alike, and it may be that one or all should be called upon for a given situation. I imagine this to be particularly true for lifters who choose to battle through it without changes in lifestyle and body composition, since a laundry list of medicines and regular tests might be called for.

RELATED: The Cost of Healthy Eating

Fortunately, many of the characteristics that make for a great powerlifter—particularly determination and the ability to apply genuine effort—can be redirected towards lifestyle improvements; current or past involvement in bodybuilding and bodybuilding theory can only help in this regard. I think it’s safe to say that people who can lift until the skin peels off their hands (and then squeeze in more reps) can stop MetS in its tracks, and probably just with the guidance of a general practitioner.

As to the decision itself, as a husband and father, and as someone who has seen many lives ruined by what amounted to willful inaction in the face of MetS, I can’t understand not treating it, both as a syndrome in itself and as a precursor to heart disease and diabetes.

[i] This is a “harmonized” checklist agreed upon by international organizations to unify multiple definitions of MetS.