After returning from the Bahamas about a month ago, I find my mind wandering to what my ideal gym would look like. The gym in the Bahamas (pics below) took me back in time and it might have been the best gym I have been to in a very long time. I am not very interested in getting into the gym business because I don’t like the cost-to-benefit. What I mean is, being married to a storefront is not my idea of a fun time these days and the profit being pulled off of the type of gym that I would want, is not enough to entice me. Still, I decided to make some notes about the main things I would have in a gym if I owned one and didn’t care as much about making money as I did about just having a badass gym to train in. I think every meathead has done this at one time or another.

I am old school, so you can count on the fact that it would not be a huge gym with a lot of wasted room in between equipment and it wouldn’t have tall ceilings. I much prefer shorter ceilings and more of a “cramped” atmosphere where everything is kind of tight – machines are close together, you work out in close proximity to others, etc. In my experience, this adds to the community aspect of a gym. It encourages conversation, “working in” with someone and more of what I guess I call “bro-ness” while other people refer to it as camaraderie.

RECENT: I'm a Bodybuilder and I Don't Drink

My gym absolutely would have to have garage-style doors to be open when the weather was nice. I don’t know why I like this but I do. It could be from seeing Arnold and Franco training outside at World Gym or it could just be that it’s just a nice change of pace from being cooped up in a dungeon. Now, I am certainly not against the dungeon-style gyms, either. I have trained in many of these gyms over the years and have no complaints, but I just prefer the garage-door concept more.

I am not a fan of air conditioning. I like to sweat and I think that you should sweat when you train. I would go with swamp coolers over air conditioning. Swamp coolers would be a better fit for having the garage doors open, too. If you don’t want to sweat or it’s too hot for you, train somewhere else. I would only allow the swamp coolers to be used during the hottest of the months and, yes, I would have my gym in South Florida. Duh. 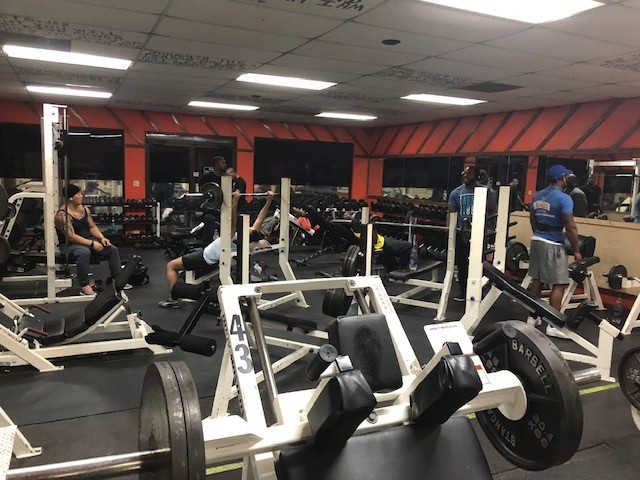 The floors would be covered with very thin black gym mats. I do not like spongy gym floors and I want noise when weights are set down or dropped.

I would not have rubber-coated plates in my gym. I would, however, have all of the plates match. I cannot stand plates that do not match. If I could find the old-school, thick, Standard Olympic plates, those would be my preference. Those plates were almost two inches thick. The dumbbells would not be locked so tight that there was no movement between the 10-pound plates. When there is movement, there is noise. The sound of a dumbbell that doesn’t have locked plates is awesome.

The equipment would be my biggest issue if I owned a gym. I would insist on a huge variety, but I would also be very picky with the lines that I brought in. I do not like a lot of the modern equipment and the way it is designed. Hoist is great stuff, but it is too modern for what I would want. I would almost certainly be looking for Icarian for damn near everything I could find. Obviously, Hammer Strength would be in there, too. All pieces would be painted the same color but they wouldn’t be shiny and look new. They would be beat to shit with marks and scratches on everything and dark colors – no white or yellow or anything light. In fact, black with dark orange upholstery (or vice versa) would be great.

The music would make you want to murder someone.

There would be no cardio classes or group classes of any kind.

Locker rooms would be simple — a couple showers and a couple toilets each — nothing grand.

You have to work out to work in my gym. You have to “look the part.” Women sell more memberships, so females behind the counters is a must and there would absolutely HAVE to be a bar for TEAM SKIP protein shakes. 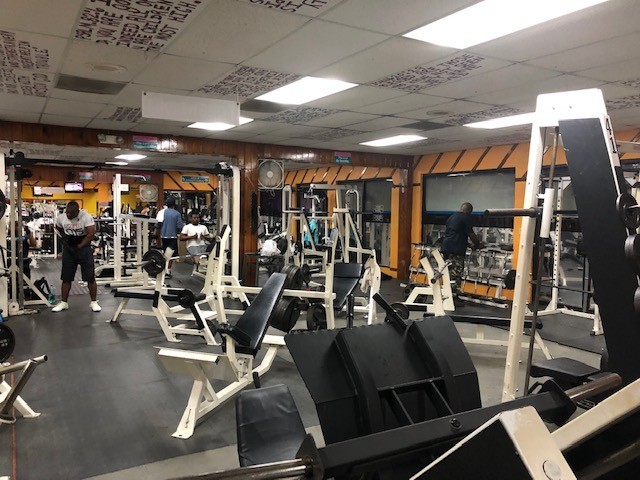 Though the gym would look used and old school, it would be swept and mopped daily and sanitized. However, I would struggle with those damn spray bottles. I would probably have them because everyone is cootie-crazy these days, but I have to say I HATE them. I have not once in my life sprayed a bench or piece of equipment before using it and never will. After 35 years of training in gyms, I have yet to catch anything. In fact, I would go so far as to say that if you aren’t going to spray the handles on the bars, dumbbells, and machines, what in the hell is spraying a bench going to do?

I think we can all agree that my business model is not conducive to being profitable, therefore, my dream gym is likely to never come to fruition. I simply do not have the patience or tolerance, at my age, that I would need to be a gym owner. I also don’t like people enough to own a gym. Even people I like will get on my nerves if I hang around with them for too long.

No time to go to the beach during the day.

Train where I work (shit where I sleep).

Yeah, I better stick with this internet thing. Just Sayin’.