This rant will piss off a lot of people — online trainers in particular, so be it. Though my words won't be well received and people will be making a lot of excuses, I have been making a living in the online world for almost two decades. It has been my only source of income since 2005. If you think, "that isn't possible, Skip, because social media wasn't even popular at that time," I built my business and reputation on the bodybuilding message boards. So, I have witnessed the financial irresponsibility of online trainers for quite some time.

The next few months are going to be incredibly difficult for the vast majority of online trainers. People who don't have access to a gym and who either lost their jobs, are going to lose them, or are financially destitute from being out of work for an extended period of time, are not going to have the money to pay for a trainer. Trainers who were responsible and planful will make it through, while those who have lived well beyond their means or have spent their money on expensive bags for their girlfriends and wives are going to making a lot of excuses in lieu of admitting their poor spending habits. If anyone says they didn't see this coming, that is still no excuse. Mature and financially responsible people are smart with their money. They know that their family relies on their income to eat, pay bills, and provide... more than just Valentino sunglasses, an expensive car, and douchy jeans. 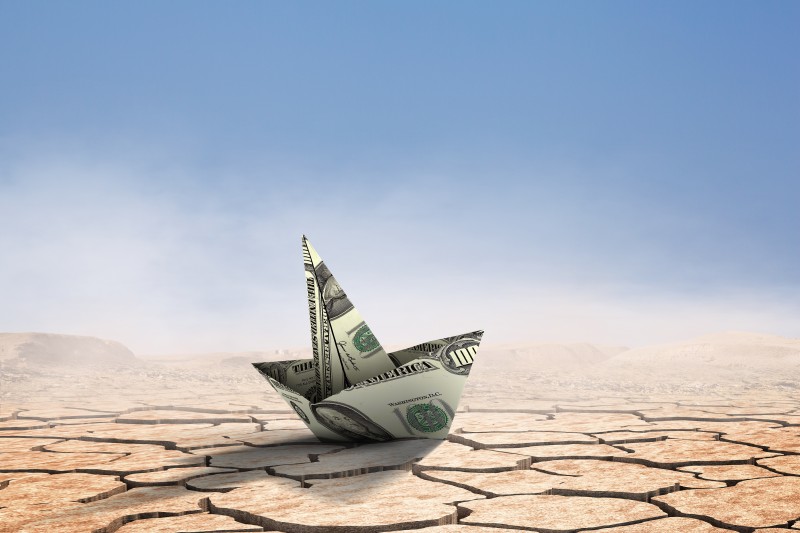 Let me be very clear that not all online trainers are irresponsible and living beyond their means. If someone just started their business, then being unlucky with their timing certainly could be the issue. I'm not claiming that all online trainers are irresponsible. What I am saying is that if you have been training people for a while and you are struggling to pay your bills, it's not anyone's fault but your own. Everyone who owns a business should be at least three months ahead, and six is even better. Though this goes for gym owners, and pretty much anyone making a living in this industry, I do prefer to bust on trainers, first. Why? Because as much as I don't want to see anyone struggle or not be able to provide for their family, I have seen this coming for quite some time based on spending habits and wild claims of trainers announcing that they are making 200k a year. You might fool a lot of people, but you aren't fooling those who know you haven't been around very long, aren't well-established, and you are selling contest prep and nutritional plans for $300-$500. When you post pictures on IG of expensive cars, clothes, and vacations, you aren't going to get any sympathy from me. What you will get is some advice.

If you can sustain your business through this pandemic, it would behoove you to grow up and change a few of the things you are doing if you want to make a living online and not have to worry about your livelihood in the future if something like this happens again. Though most of this is incredibly basic and simple common sense, it needs to be stated, anyway, because apparently some of you have gotten lost somewhere between checking your ego and being sensical. Dr. Phil doesn't typically say anything that is terribly profound, or that comes as a surprise to anyone. He simply reiterates the obvious. Consider me Dr. Phil for a minute as I provide four things that you can do to not find your dumbass in an anxiety-riddled situation when or if something like this happens in the future.

I will start with the most obvious. If you make $10 and you spend $9.75 of it, that's not a solid plan. Your attempt to look successful on social media proves to be an obvious ruse if you are complaining about how the current restrictions that have closed gyms are going to force you into bankruptcy. Asking what the government is going to do for you only makes you look even worse. The government owes you nothing. You shouldn't have been blowing your money thinking there wouldn't come a day where you might need to have money saved.

Though saved money is a better idea than a credit line, at least a credit line can save you if you don't have enough money in the bank. The problem that most people have is while they are spending all of their money on shit they don’t need, they also don't have the credit-worthiness to get a substantial line of credit. Everyone should have access to a credit line. Instead of blowing your money and probably running up credit-card debt in the process, take some time to build your credit, drop credit-card balances, and not spend your money on things that you are trying to impress people with on social media.

DUFUQ you say?? The thought of selling off your expensive car, Jordan shoe collection, or your wife's red bottoms doesn't sound terribly appealing because that would be an admission that your ass is broke. The problem is, a lot of you are going to be broke if you don't make a change. So, you can be broke with nice shit but unable to pay your bills, or you can do the responsible thing and get rid of the things you can't afford. This way, you can provide for yourself and your family, instead of thinking the government should step in to help you out of a jam you created.

I have to laugh at this one because almost no one will do this because this is a huge admission to everyone that you were irresponsible and weren't making the money you claimed you were. Plus, bodybuilders are, by nature, lazy as hell. Without social media and online training, a lot of you would be doing menial jobs making little more than you make now. However, if you were to get a "real" job and then use your online-training "business" (I use the term business loosely because most of you are not business entities, anyway, and that is an article and rant for a future time) for extra money, you won’t find yourself in this predicament in the future. To most, the thought of working 40+ hours per week and still training sounds exasperating, I am sure. Bitch is, this is what people do when they are financially responsible and mature — two things that are sorely lacking in this industry.

Our industry is vain. We all want nice stuff, and I have personally been through this stupid phase when I started making money in this industry almost 20 years ago. However, it was a side-gig or a "side-hustle" at that time, so I had a real job to fall back on in the early years. Doing this allowed me to learn from my mistakes without burying myself financially. Most online trainers do not have income outside of their training business these days. Yes, if you are good at what you do and well-respected, you can make a good living in this industry. The money you can make is not the issue (though too many people claim to make far more than they actually do). The problem is poor spending habits. You might not have an income issue, but most have a spending issue. Otherwise, there wouldn't be as much complaining on social media, asking what the government is going to do for them during these difficult and anxious times.

Contrary to what most people in this industry think, GoFundMe is not a responsible decision, either. Instead of panhandling, get your shit together, grow up, and be responsible with your money. Only a fool would be charitable to someone who thinks their girl needs $800 shoes but can't pay their bills when their business gets slow for two or three months. On the other hand, my wife could use a new bag because her D & B is almost two years old. I could make you a good deal on a Louis Vuitton bag if you are in a bind. Feel free to DM me. I'm here to help. Just Sayin’.