I am quite clear that I am a month late for Mental Health Awareness Month, but I had no idea that it would hit so close to home. Like a brick to the side of the head, it came out of nowhere last week.

Though suicide is arguably the worst side effect of mental health issues, it is not the only issue. Depression, alcoholism, drug use, domestic violence, failed relationships, and a myriad of other factors all play into mental health issues that some would argue are just as horrible as suicide.

With the pandemic and government-mandated restrictions, the last couple of months have been pretty rough on a lot of people. Even if you aren't financially screwed, the last couple of months almost certainly have impacted you and your mental health in some fashion. If you aren't worried about finances, you are worried about keeping your job or business. If you aren't worried about your job, you are worried about your health. If you can't admit that you want to choke your spouse for breathing YOUR air while forced to spend time with them with little to no reprieve for the last 8-12 weeks, you are a liar. You might not be homicidal, but you've planned your spouse's death at least once in the last three months, including disposing of the body.

Almost all of the focus over the last few months has been about adults. I haven't heard one person, read one article, or even one post on social media showing any concern for kids during this time. I admit that I hadn't considered it–even briefly–myself. My wife and I have raised four kids, and we have only one child left in the house before we are empty-nested. Our daughter just finished her sophomore year of high school, has a 3.7 GPA, takes honors classes, and is a sweetheart. Anyone who has ever met her knows she's a kind soul, witty, resourceful, and mature beyond her years. We had no idea that she was struggling with her head as bad as she was. There is nothing that will make a parent feel like a failure, like not even considering that your child might be struggling. This is even more true when I work from home all day and see her and interact with her quite a bit. 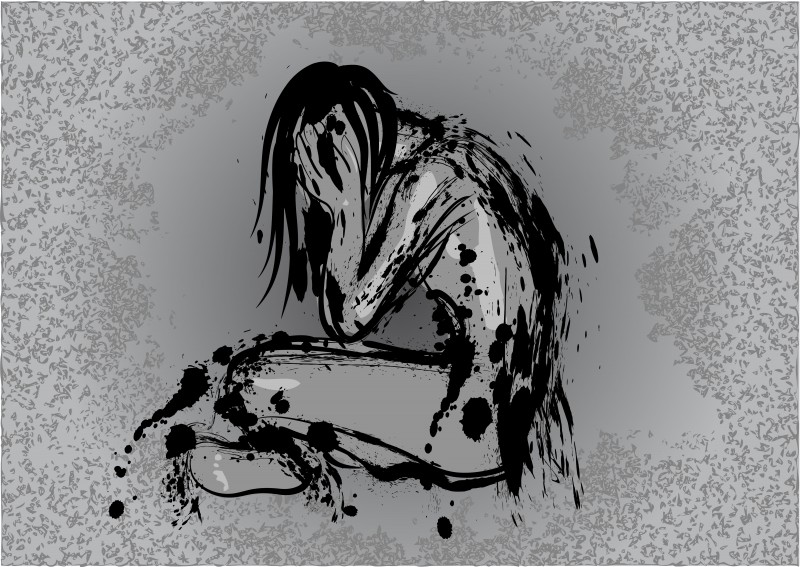 Out of respect for my daughter, I will not get into the details because she likely does not want everyone to know her (our) business. I will say, though, that the last few months have shown signs that things were "off." That is on myself and my wife, and we both own it. It is very easy to dismiss teenage angst when you feel your child is privileged due to coming from a background of not having a broken home because her parents have been together for 30 years and have always protected her, provided for her, and loved her. I have found myself saying more than once, "don't be a brat; there are many teenagers out there who would appreciate changing places with you in a heartbeat."

In saying these things, these comments only help to undermine communication and self-worth because even when people are well-off, that doesn't mean that they don't struggle with stress, anxiety, doubt, and self-esteem. Having been in the bodybuilding world for 35 of my 50 years, I should know this better than most. In the bodybuilding industry, most of us deal with self-doubt and self-confidence issues. We sometimes never feel good enough. On the rare occasion that we do, we are reminded by social media that the large majority of us are average, despite the great lengths that we take to attempt not to be average. It can be humbling, but it can also be depressing. It depends on how each person processes their situation and their thoughts.

READ: How To Reopen Your Gym

I'm not a failure as a parent, but I failed her during this time by not justifying her feelings, not paying attention to the signs, and not listening. She isn't a spoiled brat, and even if she were, that too would be my fault as a parent, anyway. She is just a kid – a teenager – who, right along with the adults during this chaotic time, struggle to process her thoughts and battles with feelings about herself. All the while, I'm sitting here focused on "adult issues" thinking I'm doing everything right by remaining financially stable and making decisions that I thought were in the best interest of our family.

These are trying times. My point to all of this isn't "poor me" or "feel sorry for my daughter." My point is that when we get caught up in our lives, most of us tend to think we are the only ones struggling with shit and that the next person's shit is not even on the same scale as our shit.

Everyone is struggling whether we see it or not.

You don't want it to be your son or daughter because it is a horrible feeling as a parent when you realize that though your intentions are golden, you dropped the ball, and it landed on your kid. Talk to your kids, but more importantly, LISTEN to your kids. If you think it won't happen to you, I did, too. I was wrong, and I don't want you to be wrong right along with me. Just Sayin'.