The Benefits of Sodium 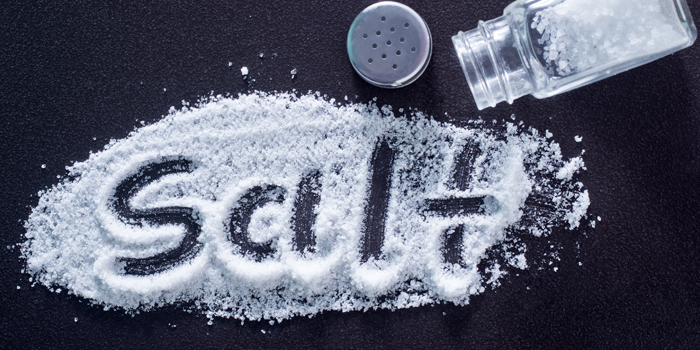 I’ve experimented with numerous things in the last 20 years to increase performance but nothing has compared to this magical white crystal…salt.

Contrary to what most believe, salt is NOT a danger to your health and only negatively impacts a small majority of people. Healthy kidneys can actually filter up to 100 grams of salt a day which Europeans used to consume daily. The RDI is around two and three-tenths of grams a day but some athletes can lose up to seven grams of sodium per hour.

What we’ve seen over the last few hundred years is a flip-flop of salt to sugar intake. Ironically, a low sodium intake can result in sugar cravings and is correlated with insulin resistance which leads to Type 2 Diabetes.

RECENT: How to Relieve Lower Back Pain

In reference to increased performance, salt regulates your body temperature; reduces heart rate resulting in an ability to perform longer, faster, more intensely; increases blood volume and circulation better than any other substance; and regulates muscle contraction and nerve function.

Interesting Salt Facts and Other Benefits

Your body has a built-in safety mechanism in which, if too much salt is consumed, the taste receptors on your tongue will provide you an aversion signal. I’ve had this happen a couple of times. This will never happen with sugar, quite the opposite actually.

Speaking of sugar and salt, within the last few hundred years or so, the average consumption of salt has gone down drastically, to the point where it’s only about 1/10th the amount of salt that we consumed in the 1600s. Do you know what else we were doing at that time? We were also consuming very little sugar, hence the lack of diabetes and hypertension during that time period. Now, most people are doing the opposite and over 40 percent of Americans are obese!

I consume probably 10-15 grams a day by mainly salting to taste. In addition, I also add about 500mg to a peri-workout drink. Stan Efferding, who was one of the first to bring this salt performance discovery to light, recommends that athletes take in four grams for every half-gallon of water that they drink.

Evidence-based, as soon as salt hits your tongue receptors, the performance results are instant. It is as if there is some anticipatory mechanism. Actually, while we're on the topic, the same thing is true with a sugary drink. Studies have shown that just swishing a drink like Gatorade or something in your mouth and then spitting it out, can have a positive impact on performance. Pretty cool!

My blood pressure used to run a little high so I avoided salt for years, but since adding A LOT of salt to my diet, it has lowered drastically. I recommend a brand that has iodine, an important mineral that your body needs to make thyroid hormones that control the body's metabolism. In the 1830s, French nutritional chemist Jean Baptiste Boussingault discovered the correlation between those that developed goiters were living where naturally occurring iodized salt was infrequently consumed. David Marine, a physician out of Ohio, published a series of papers showing a decreased frequency of goiter in children treated with iodine versus those who weren't. His work was instrumental in fortifying table salt with iodine and on May 1st, 1924, iodized salt first became available on grocery shelves in Michigan. The region had been so severely deficient in iodine, that in 1926 there was an outbreak of thyrotoxicosis (an excess of thyroid hormones in the body) in the Great Lakes region.

Okay, enough with the boring history, but hopefully you get the point that sodium is essential. And if you're an athlete who is not monitoring their sodium intake, you are leaving a lot on the platform or stage.

Scott Hayes is a top-level analyst for the department of justice and the owner of Ways of Hayes Fitness LLC. He uses his 20 years of experience in fitness, nutrition, and competition to help his clients improve their total well-being.