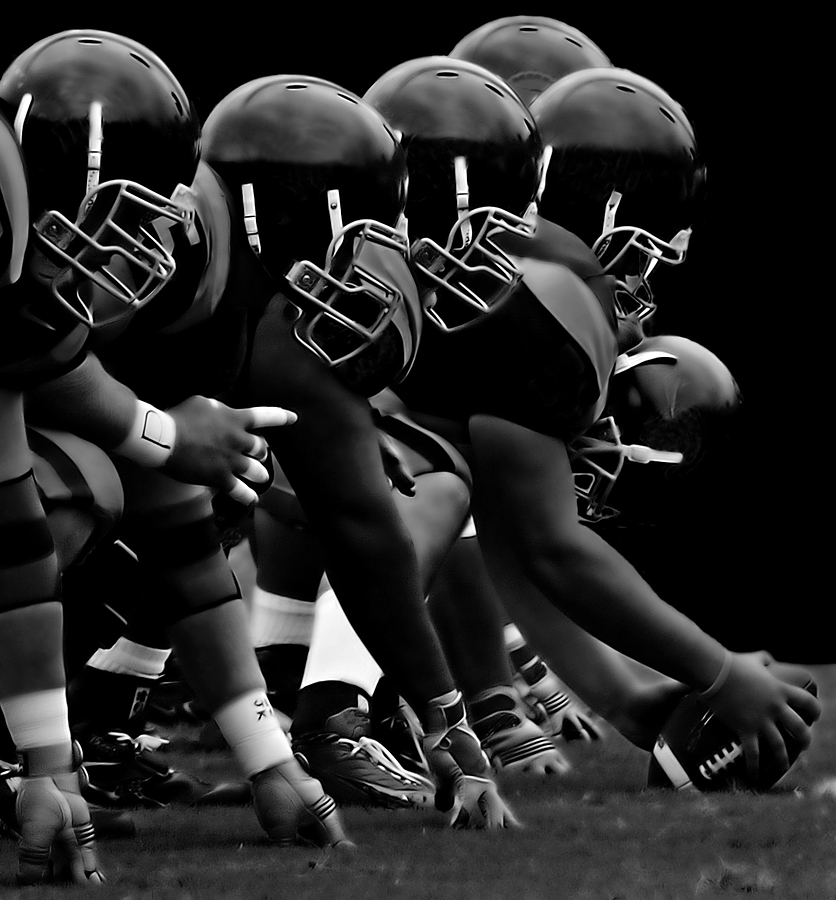 The summer session is a time when, with regards to football, the athlete can totally focus all attention on the weight room and prepare the body for the rigors of the upcoming season. The physical preparation coach, more formally known as the strength and conditioning coach, has an eight-week period to implement a plan to allow each athlete to reach peak condition. This paper will discuss and numerically compare the back squat and bench press of the “big skill” group.

The “big skill” group is composed of quarterbacks, fullbacks, tight ends, inside and outside linebackers, and specialists (kickers). The sub-maximal training program used was implemented from Jim Wendler’s 5/3/1 (2009) protocol, and after the eight-week training program, the data was used to determine if the program was successful in increasing the athlete’s maximal strength in each tested movement.

A sub-maximal program can be defined as: “sub-maximal or repetition methods characteristically involve training with loads of about 60–80 percent of one’s single repetition maximum to the point of failure on the last set. The smaller loads enable the exercise to be performed with multiple repetitions” (Siff 2004). Furthermore, Wendler states, “This will allow you to use sub-maximal weights to get stronger, and because you won’t be handling heavy weights all the time, it’ll keep your body fresh and you won’t plateau or regress (Wendler 2009). Finally, it was essential to determine what effect the sub-maximal program had in regards to the training status of each athlete and whether sub-maximal training provides a positive yield even in the older, more highly-trained athletes.

Forty-seven athletes were trained and tested within the “big skill” training group. The training status of the athletes was determined by the number of years training under the tutelage of the University of Georgia (UGA) strength and conditioning staff. Additionally, five athletes were removed from the list due to injuries that occurred outside the weight room. The old max testing numbers were taken from the last training and testing cycle, which took place the previous summer. This means that almost a year had passed since the participants were max tested. These testing numbers were used as our base training max. As directed by Jim Wendler and his 5/3/1 protocol, this training max was determined by taking 90 percent of the base max. The training percentages used in the program are to be used with the training max, not the base max. This training max was used through a four-week training cycle with the last week designated as an unload week where the training weight was reduced to around 60 percent to allow supercompensation of training to take affect. Supercompensation is defined as: “Step three is the supercompensation phase. This is the adaptive rebound above the baseline; it is described as a rebound response because the body is essentially rebounding from the low point of greatest fatigue. This supercompensation effect is not only a physiological response but also a psychological and technical response” (Gambetta 2007). At the end of the deload week, training maxes were reevaluated and adjusted numerically according to performance. Overall, both four-week cycles were set up as Wendler proposed (Wendler 2009).
At the end of the second cycle, the athletes were tested. The testing procedure was performed with a repetition set of 95 percent of the training max. The athletes were allowed to continue repetitions until technical or mechanical failure of the set was reached. Technical or mechanical failure is when the performed motor tasks break down and is deemed unsafe.

The table above profiles each big skill athlete according to training years within the UGA football strength and conditioning program. All players saw an increase, with second year players seeing the biggest average increase in both the back squat and bench press.

Overall, implementing the sub-maximal strength program with regards to the back squat and bench press for athletes labeled as “big skill” caused a significant average net increase within the entire group. Jim Wendler’s 5/3/1 training template caused improvement across the board for all athletes regardless of training status. When discussing the program, it’s important to reference the general adaption syndrome (GAS) and how it relates to sub-maximal training. GAS is defined bySiffas: “all animals exposed to periods of stress undergo three phases of the general adaptation syndrome (GAS)—initial alarm, resistance, and exhaustion (Siff 2004).

Wendler’s program creates three weeks of intense stress that does not overload the central nervous system but provides a strong stimulus for growth. At the end of the three weeks, the deload period allows the body to recover and creates supercompensation within the body. The cycle is then repeated with a slightly greater load used that provides a greater stimulus, and the cycle repeats upon itself. The results showed that second year trainees saw the biggest overall growth followed by first year, third year, and fourth year. If the data was extrapolated further, it would likely show that the huge gains in both the first and second year players could be attributed to increased proficiency of movement patterns as well as greater room to develop due to their low training status. Third and fourth year players did not have as significant an average net increase as the others, but at their current highly trained status, an increase still shows great progress and points to success of the training program. This program could realistically be used by coaches for athletes of various training statuses and throughout the yearly organizational plan to create a large net increase in maximal strength.

Keith Gray is the associate head strength and conditioning coach at the University of Georgia. He has worked there for 12 seasons. He has also worked in the SEC for the last 14 seasons and has trained 13 SEC championship teams and three NCAA championships teams in his career. Gray was a letterman at Virginia Tech, playing linebacker from 1991–1994 and earning Virginia Tech's highest strength award, the Super Iron Hokie. He can be contacted via email at kgray@sports.uga.edu.