The Best Lift for Collegiate Athletes 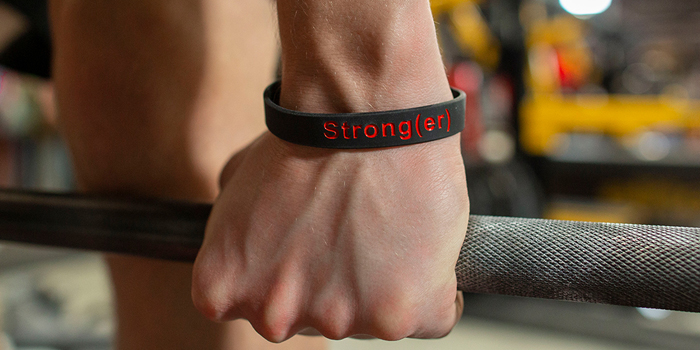 I began performing compound movements with a barbell in my late teens. Unbeknownst to me at the time, I was doing barbell Romanian deadlifts, all the while believing they were conventional deadlifts. Eventually realizing the distinction between the two, I endeavored to develop proficiency at both the conventional pull and the barbell Romanian deadlift.

Over the course of the next decade, I herniated discs in my lumbar on two separate occasions and resorted to pulling from height. Pins ranging from four- to five-and-a-half inches and blocks of three to four inches enabled me, biomechanically speaking, to pull from the most advantageous position, with my best lifts being 590 pounds from three- to four-inch blocks, and 612 pounds from five-and-a-half-inch pins. From the beginning of my journey with the barbell, through time setting the aforementioned personal bests, and currently serving as a full-time Jiu-Jitsu instructor, the barbell Romanian deadlift has been my primary pulling pattern, in rotation with pulling from height.

RECENT: Why Are We Doing This?

Throughout that time, I rarely squatted. I simply enjoyed pulling. Nevertheless, I knew that a movement must be changed to incite adaptation. Consequently, I began administering Zercher box squats into my routine and rapidly built up to 462 pounds.

At this point, it was obvious that the magnitude of the impact hinging had on squatting was prodigious. In subsequent months, I returned to Brazilian Jiu-Jitsu and was faced with losing close to 40 pounds to be effective at the art. During that time, it was clear that any fighting ability I did have must be attributed to strength training, specifically, the hinge because I was initially reliant on strength; my technical knowledge of the art had waned, and movement patterns were rusty at best.

Three-hundred-and-seventy pounds bar weight, plus 40 pounds in chain for 10 repetitions beltless; that was my best set for barbell Romanian deadlifts. Having attained a brown belt since and instructing full time, weightlifting frequency had to be diminished to not adversely affect my abilities in the cage. Nevertheless, strength training intensity has been kept high and the posterior chain takes precedence over all other musculature.

I still pull. At a bodyweight of 235 to 240 pounds I can comfortably Romanian deadlift 315 pounds for 11 repetitions; it has served me well as a reliable barometer of strength for sporting prowess. The barbell Romanian deadlift enhances force output in myriad grappling movement patterns: Sprawling (to defend a takedown attempt, pass the guard, and submit), basing from the knees (to thwart sweeps), reversals from bottom (to get out of an opponent’s full mount), to drive an opponent forward, and resist backward pedaling when opponents attempt to dictate mat control.

While the barbell Romanian deadlift has significant implications in combat sports, it is also a monumental tool in developing the physical preparedness of collegiate athletes. The sooner we accept that athletes are not lifters, the better off we are told we will be. Ironically, we as strength coaches cannot claim to be free of powerlifting’s influence over our program design, largely in regard to exercise selection.

Oddly enough, the preceding contradiction is the guideline we must follow to find that perfect medium; to discover the most advantageous movement patterns for athletes. Powerlifting is the source from which we draw inspiration, and in conjunction with an appreciation for athletes’ low training age, we are forced to elect modifications of the three lifts.

Just as athletes cannot consistently squat to depth throughout a multiple repetition set, athletes cannot pull from the floor with proper alignment. Therefore, much like the box’s implementation as a preemptive measure administered to eradicate bastardization of squat depth and multiple technical faults, the barbell Romanian deadlift should be incorporated for the multitude of reasons stated further in this article. In short for its ability to expeditiously synthesize relevant technique, which fortifies musculature requisite for sprinting mechanics, joint health, risk management in the weight room, and for the enhancement and longevity of on-field performance.

Box squats with a wide stance ensure prominent displacement of the hip complex to a degree that sizably activates the hip extensors, while contemporaneously assuaging anterior tracking of the patellar, thereby ameliorating internal forces at the knee joint. The box squat does not demand exceptional dorsiflexion, which otherwise compromises apt depth, an affliction amongst the greater portion of collegiate athletes, anecdotally speaking.

The apparatus additionally promotes hip flexion in all three planes of motion in conjunction with lateral force production. Inclinations to valgus on the ascension are attenuated through external femoral rotation. The static overcome by dynamic strength imparts comprehension and execution of concentric velocity.

In spite of all the evidence supporting its inclusion in programs as the primary squatting pattern, the box squat is still not widely used. This can be due to numerous factors, one of which is an affinity for the front squat as it furthers proficiency in the ubiquitously utilized Olympic lifts. The aforementioned inclination to consistently use anteriorly loaded hip flexion/knee extension movements not only precludes inclusion of the most beneficial permutations of the classical lifts (the box squat), but also speaks to a negative habit amongst the field’s professionals.

The conspicuous tendency toward patterns that are less beneficial than their counterparts (i.e., the front squat versus box squat debate) can be classified as a by-product of the field’s utterly apparent nepotism in the hiring of like-minded individuals who do not or are unallowed to challenge concepts that are lauded as edicts. In fact, many coaches are micromanaged by supervisors to the point that they are left with no other option than to abandon their individual, proven predilections with respect to program design.

Therefore, it comes as no surprise that barbell Romanian deadlifts will not supersede other pulling movements for the foreseeable future. Many would rather resort to power cleans as the primary pull, which demand dexterity in the flexors of brittle wrists and flexibility in deltoids, traps, and lats that plague collegiate athletes.

Barbell Romanian deadlifts allow the athlete to quickly learn the fundamentals of inhaling for purposes of bracing and reinforce proper spinal alignment prior to the initiation of the lift. Undesirable cervical extension seen in pulls from the floor is abated. Hip extensors are trained eccentrically and concentrically, fomenting accruals in mechanical work and subsequent positive effects on muscle metabolism and hypertrophy that further induce muscle growth of the posterior compartments of the body that play a pivotal role in the promotion of knee health (an incessant concern). Additionally, the movement can easily be altered quantitatively and qualitatively to avert the effects of accommodation.

Quantitative elements regarding the barbell Romanian deadlift, such as undulating the repetitions daily or weekly and the alteration of the cadence of each repetition, are simple, effective means by which to precipitate adaptations. Qualitative alterations may be accomplished by deficit barbell Romanian deadlifts, however, many athletes lack the flexibility to do so (if the majority of your team can perform the movement with a deficit, then by all means do so, yet discretion rests upon the coach and obviously differs with each team).

This time-honored take on hinging bequeaths athletes with comprehension of deceleration of an external load and load reversal due to the lack of interruption of its eccentric and concentric portions.

RELATED: How to Screw Up Your Posture with the Leg Press

Pulling from the floor is extremely technical, and the field tends to overlook the myriad nuances involved in doing so properly, whether it is a sumo, conventional, or Olympic variation. Consequently, athletes prematurely extend the knees, which instigates elevation of the hip complex as a direct result of jerking the bar off the floor.

Pulling slack out of the bar prior to moving an external load is a learned, nuanced element of the deadlift. Athletes simply do not have the time commitment to attain this skill that takes many seasoned lifters substantial time to procure. Eliminating this undesirable predisposition by commencing the lift from lockout reduces unwanted duress on the lumbar spine, which is already an area of constant aggravation for athletes due to their low training age.

From both a combat and a collegiate coaching perspective, the barbell Romanian deadlift is a lift that should receive precedence in exercise selection, specifically priority in importance of pulling movements. It is time we give rise to the contradiction that surprisingly guides us better than most axioms: Collegiate athletes are not powerlifters, however, powerlifting is the ultimate inspiration for their training.

Max Barnhart, MA, CSCS, has been involved in collegiate strength and conditioning at the NCAA Division I level for eight years. In addition to coaching, Max has been fortunate enough to publish two articles in NSCA publications and to conduct his master’s thesis on the reduction of the bilateral deficit and concomitant effects on extroversion and personality type. Max’s true passion is the optimization of student-athletes’ athletic and personal potential through strength training and through raising mental health awareness among such populations.