Giant Sets for Size and Strength 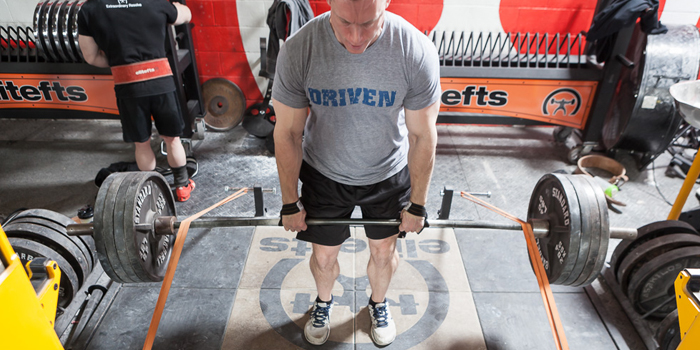 Giant sets are one of my favorite techniques to use to increase muscle size and improve conditioning. You can think of it as doing conditioning as you're building muscle. The goal here is to do a lot of volume in a small amount of time.

We accomplish this by hitting the targeted muscle group from multiple angles. For example, we wouldn’t want to do barbell curls, then go right into dumbbell curls as the movements are too similar.

The giant sets I have below hit each muscle group differently. You are fatigued but still fresh enough to get reps at a different angle. Using giant sets when you are short on time is one of the biggest benefits.

Many times, competitors spend so much time on the main lift that they have very little time for accessory work. For example, after some heavy benching, I’ll see someone do incline dumbbell press and some flys and call it a day. In that same amount of time you took to do two exercises, you could have done four with a lot more intensity. To clarify, a giant set is four exercises or more that are done consecutively with no rest.

After each giant set, I recommend taking three minutes rest for the compound movements (chest, back, legs). For arm giant sets, 90 seconds is recommended.

Another option you can do that works just as well is to set a time limit for you to do as many rounds as possible in a given time. Think of it as a CrossFit WOD with a bodybuilding twist.

Short on time and only have 20 minutes?

Set a clock for 20 minutes and get moving. I promise the pump will be absolutely crazy. You will have to adjust the weights, as you won’t handle as much load with less rest. The way I would set this up would be to have your compound lift of the day first—for example, bench press followed by a similar movement, like a 2-board bench. After you finish both of these lifts, you can do the giant set for chest.

Giant Sets for Size and Strength