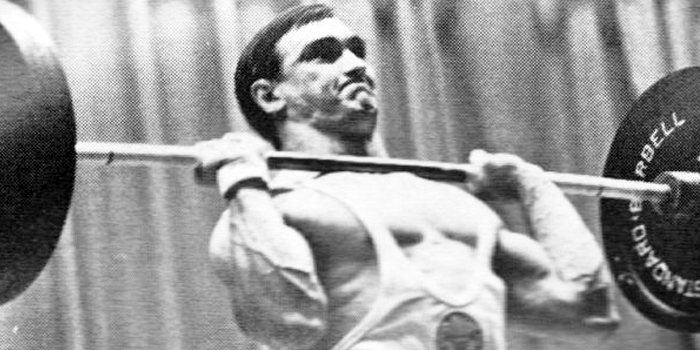 Some called him Starr-Man, others Poppa, others Crazy...but there was no denying that the coaching tree and disciples of William A. Starr are far and wide.

For the readers of this that may be of a younger generation, Coach Starr was a throwback – someone that challenged his athletes to perform using power and Olympic movements. He was more about work and effort than the bells and whistles. The results often spoke for themselves. Effort mattered to him more than talent. His philosophy of work "hardening" an athlete may be difficult for athletes in today’s time constrained, uber-organized, technology driven training environment. If you wanted to cheat a rep, that was on you; he didn’t need an intern to count your sets to know if you were getting the job done. Reclusive – absolutely. Controversial-mostly.  Stubborn — an understatement. But to those that knew him, trained with him, studied under him, only one word comes to mind: Legend.

A former Olympian and Olympic Team Coach, Starr Man was an original York Barbell pioneer in the 1950’s. He later could be argued as one of the handful of coaches that created an industry now called Strength & Conditioning.  A Head Coach at Hawaii, SMU and the Baltimore Colts, as well as Johns Hopkins and countless training halls across the country, Starr Man left his mark wherever he coached. From Patera, to Kono, to Bradford, to Bednarski, to Schemansky – the list of stories and training knowledge could fill novels. He pioneered the training article in the old Sport and Health Magazine and continued writing until he passed. Some of articles in MILO continue to set a standard for training modalities. Here was a man with no cable TV, no internet, no computer, and no phone calls until 11 pm, yet his works are found on every website, strength blog, and training post on the internet.

Just this past weekend, I had posted how his book, “The Strongest Shall Survive” is still relevant over 40 years after publication. My wife, who is a dietician, commented that a lot of the nutrition in that book is still relevant as well. To say he was ahead of his time is an understatement. He is credited with the 5x5 and the Big III. His articles and training methods are often referenced as the foundation for developing athletes. There are hundreds that have claimed they revolutionized training, when they really just re-wrapped one of Coach Starr’s Overloading methods. No one ever calls them out mostly due to the fact that Coach Starr wasn’t worried about them – he was too busy writing the next novel, or painting an oil on canvas, or simply coaching someone via letter.  That was a side the few got to know and experience so I thought it should be shared today.

I was fortunate enough to train under Starr Man as a pseudo football athlete from 1993 to 1997 and then in Olympic Weightlifting from 1997 to 2000 (while helping him coach a bit during that duration). And while I am sure there are hundreds of people that can articulate this man’s impact in better prose, my admiration and devotion to him as a coach and mentor forces me to at least try and articulate what Coach Starr meant to the world of strength training. He will forever be credited with the “White Buffalo” reference – a term of training passage that reflects the speckles and stars seen during a fatigued state — a mystical experience few truly know; and once experienced, hunted over and over again in hopes of capturing the elusive animal/PR that haunts us all.

This article may not resonate unless you know him, but if you ever experienced a training session with him, hopefully some of this will bring back a smile. He would have wanted that. If you didn’t know him, maybe this article reminds you of a high school coach, college coach, mentor or friend that helped you grow as an athlete, develop as a person, and become an adult. If that happens, that is fine, too. Starr Man loved training, but I think he loved who he trained with as much as the training itself. If you were lucky enough to be coached by him, you probably had an experience similar to the following (there are some Star-isms for us all to remember him by). 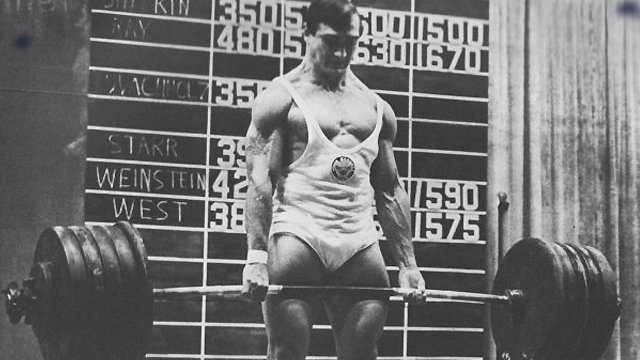 Athlete #1: Who is the crazy man with the long-grey hair, goatee, old school Bike Coaching shorts. and a pinkie-nail that could puncture a water buffalo?

Athlete #2: Oh — that’s Coach Starr, if you want to get strong he is the guy.

Athlete #1: Okay, let me go over and introduce myself…..Coach, pleasure to meet you, looking forward to getting after it this off-season (notices three upper classman in the background watching and chuckling)

Starr-Man: Hmmmm — you don’t look very strong. Go over to the squat rack and take 95 pounds for five reps.  How much do you squat?

Starr-Man: I doubt it ( jabs a pinkie nail into Athlete #1's quad then walks away).

Athlete #1: No Coach, I did — I have a T-shirt that shows it. Did I just say that? Damn it. And did that guy just stab me with a finger nail? I think I'm bleeding.

Starr Man returns to athlete #1, laughing with a broomstick on his back doing trunk twists.

Starr-Man: You squat, yet its not getting any lighter?

Athlete #1: Not yet, I have been waiting for you! Is this guy shi#$ing me? I have been standing here for 20 minutes waiting for him to tell me what to do. And why is there green froth coming out of his thermos?

Athlete #1: HMMMGHH. How was that last set?

Starr Man: Okay, there aren’t a lot of rules written down here, you see.  But the first one you need to understand is that you really shouldn’t make any noise until you have 405 pounds on your back...and you're fat. Hey, Athlete #3, take *insert derogatory name* over to the rack and watch him finish his sets. We will set his progression next week. If he does it wrong, make him do it again. If he collapses, put more weight on the bar before you call the paramedic. I don’t want anyone thinking 405 is enough to send one of my athletes to the hospital.

Athlete #1: Thanks Coach...I think. Did my strength coach just tell me that I shouldn’t grunt until there are four plates on the bar, and now has a junior coaching me, and said I may need paramedics? And I'm PAYING to be here?

Starr Man: Let's finish your squats and get on with your lift, Athlete #3. Iake *insert another non-sensible nick name* through his bench and Ill check his cleans when he gets to them. No need to clean first, his squat is so bad his pulls will never progress until we get him a foundation.  And why did you have three ten’s on each side? It's not the Weider Loader Principal here!

Athlete #1:  Thanks Coach…I think! I can’t believe I just squatted for an hour and twelve minutes, and now he wants me to bench press and power clean. He is crazier than he looks. What the F*&K is the Weider Loader Principal? Is this guy just trying to test me? These workouts will have to get easier. No way I squat an hour a day every time I am in here. I can’t believe he just shrugged 600 pounds between coaching sets. I'm scared.

Two days later:  Similar story, only with front squat, overhead squat, good mornings or incline press. Repeat the story on Friday with heavy squats, heavy shrugs, heavy bench or some variation. The methodology comes after a foundation of what I thought was torture for about a month. After four years of soreness, the weights moved are respectable at any level and your skin is thicker than you can imagine. Eventually you like the derogatory, non-sensible nickname because it’s a right of passage!

Conversations like the one above is how I will remember Starr Man.  His training, however, was a lot more complex than people give him credit for. Everyone talks about the BIG III and 5x5 like it’s a remedial linear progressive approach. After going through the paces more than once, I can tell you that over the course of four years, his program had it all.

So, you like Crossfit? Starr did high reps to failure as backoff work in the 1970’s. You're big into Rate Force Development? We pause-squatted, pulled for speed using a string and a cat-bell instead of tendo, and did tempo bench all the time.Your big into conjugate? His program was far more sophisticated than the heavy, medium, light day that is so often coupled with it. He used modality to limit load and increase mobility, he used relative intensity to manage tonnage and training effect, and he used competition to raise everyone’s level.

Isotonic, Isometric, Conjugate, Linear, Undulating, Block, HIT, Wave, Reverse-Wave; from Siff, to Strossen, to Bomba and Verkohoshansky – you can find components to all of these methods in his programming. He simply didn’t bother pontificating the theory to you. He was more worried about your technique on your pull or if your fronts squats made your calves sore. For every story and movement was a nugget of training knowledge and the two were so intertwined that training became an experience.

In time, you grew to look forward to those marathon lifting sessions, and then you would stick around and ask about how it was at York, or what Alexseyev was like in the pre-meet warm-up hall. He would share stories, share training, and let you forget about all the noise in your life. Over time, you would walk into the training hall and feel lost if he wasn’t there. I knew he was getting old and I knew this day would come, I just didn’t think it would be today.

My son is six weeks old and when we were expecting, I wrote Starr and told him I couldn’t wait for him to meet the kid. He wrote back with a card and Far Side comic strip – always a bit of humor along with some advice and an update.

My weightroom is empty today. It’s a black hole that needs to be filled.  If you have ten, fifteen, twenty minutes or whatever – find some time to do something. Back hypers, squats, hi-pulls.  He would like that. He would say its adding to your base. He would say that 18 miles is light work for a marathon runner, so 315 for twelve reps should be maintenance, not a PR.

Im not the only one who will miss you Starr-Man. I'm just the only one dump enough to be typing instead of lifting.  So I’m going to go now — and if your reading this, you should go too.  He would like that.

Only the Strong Survive! Rest in Peace, Starr Man.

2009 Georgetown University Coach of the Year