I'm a Bodybuilder and I Don't Drink

We were invited to go out on a boat by someone (and her husband) who works with my wife, and because we haven't been invited to do pretty much anything since we have been here in Florida, I thought it would be fun. It was, for one of us.

I do not want to mislead here, either. I knew there would be drinking because that is what people do on boats. It is also what my wife does, and she wouldn't accept an invite if it didn't involve alcohol. This part was no surprise.  After all, she’s a professional drinker.

I am that guy who takes his food to get-togethers like this one. I figure it is a casual get-together and everyone will be eating and drinking so bringing my own small cooler of food should be no big deal. I have done this for years, and people can usually shrug it off considering I kind of look the part. I'm in shape; I'm more muscular than the average person; it should fit and usually does — no big deal.

I knew right away when I met the husband that this wasn't going to go well. The first thing they showed us in their home was their "bar room" and "overflow pantry." I am GUESSING there was anywhere from $2500 to $3000 of liquor. My wife might laugh and tell me I am way short, but that’s my best guess. Yes, some people have an ample supply of liquor, but this was basically a dining room that was made into a makeshift "bar room" and the "overflow pantry" was what most of us would call a hall closet that in a normal house stores towels. His description was a stretch, even for a drunk masquerading as a 50-something, “life of the party.”

Eventually, he asked me what I did for work. I pretended not to hear him.

He asked again (me in my head: FUUUUUCK).

I gave him the same generic response that I give everyone who asks me what I do when they don’t give even one shit: "I work from home doing boring stuff on the internet."

This works for almost everyone. 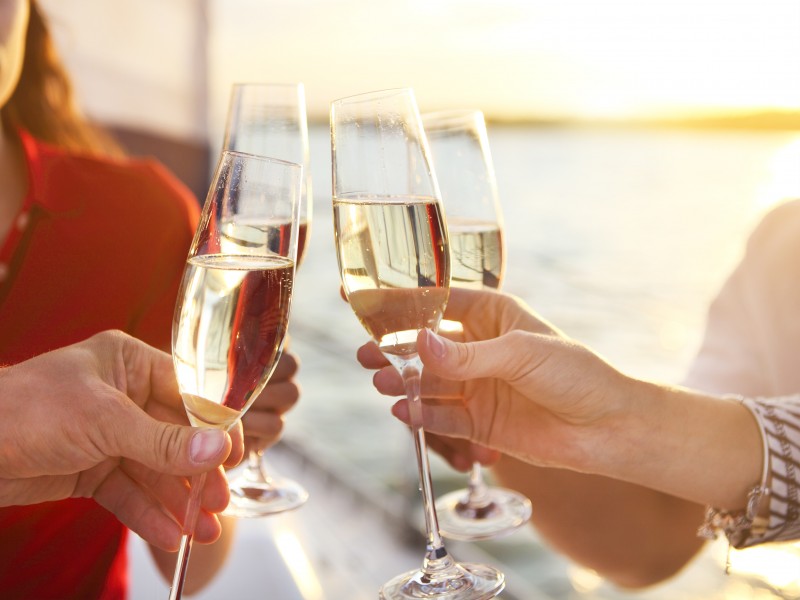 Not this guy. He prods a bit to get a better answer.

At least now he understands why I have my food and tells me it makes sense because, and I quote, "Your arms are as big as my legs." The problem is, he was roughly five foot six inches, so my arms TECHNICALLY were larger than his legs, but I didn't think it would bode well for me to point this out. After all, we were already in an officially unannounced, one-sided pissing match. He was hellbent on outdoing the big guy.

After a bit of small talk and me trying to prove to him that I am not a boring old guy with no vices, but no cool stories that involve the first line, "This one time when I was wasted...," we got all of our stuff in the boat and "set sail" or whatever the fuck you call it when you leave the dock in a boat.

I knew it was going to take a bit to get through the maze of channels to get to where we were going — roughly 45 minutes. We were going to watch a Christmas boat parade. However, it was nice weather, and I had a full cooler of prepared food from Fresh Market (Whole Foods but even more pretentious and expensive) that I had just picked up on the way and figured I was set. It would be fun. At this point, I figured I would start on my first meal. I mean, I had time, right?

I get about a chicken breast in, and my wife brings up the toilet on the boat. She mentions how cool it is that there is a bathroom and how convenient this is. Her work-friend responds with, "Yeah, it's cool. The guys go off the side, and the girls go in the bathroom." Melissa jokingly says, "Do the guys shit off the side of the boat, too?" The response was that no one shits on the boat.

I'm almost done with my chicken breast and look up dumbfounded, waiting for her to laugh and say she's just kidding. That didn't happen. Melissa says, "Well if I have to take a shit, I'm shitting in the bathroom." I'm paraphrasing here because Melissa doesn't "take a shit," she drops a deuce or something far less offensive. She tells Melissa, and I am not kidding, "Then we will have to get you a ride to shore to go to the bathroom."

DAFUQ? You have a bathroom, but no one is allowed to shit in it?

I didn't know what to say, but let's just understand each other here: If I keep eating my regular meals, I am going to have to take a shit, and apparently, I don't have a place to take a shit. Honestly, that almost made me have to take a shit right then and there. And just so that you have some kind of reference for time, it was roughly 5 p.m. when I was eating that chicken breast, and we were told we would be there until roughly 11 p.m. To say it went downhill from there would be a gross understatement.

I immediately stopped eating, walked over portside, or starboard side, or the fucking left side of the boat — whatever it is called — and spit my food into the water quite dramatically. OK, maybe not “quite dramatically” but more like a six-year-old who was tantrumming. I knew that there would be no eating of any kind until we “returned to port” (that term I know for sure). I also knew that drinking any fluids would be a bad idea — not because I was not allowed to piss; pissing was not forbidden because alcoholics absolutely MUST piss. However, having less fluid intake slows fecal progression. If I can paraphrase, it means that if you don't drink water and you don't eat, you have significantly less of a chance of shitting your pants on a boat. 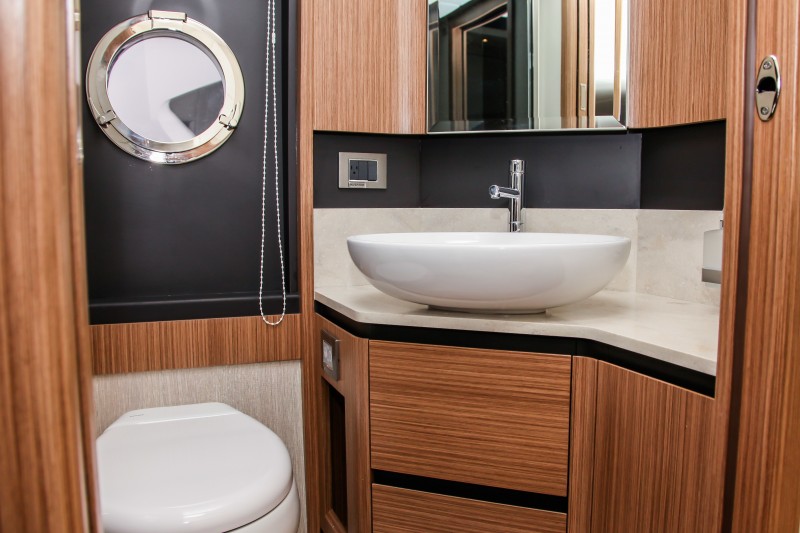 Now, I'm admittedly pissed off because I am going to not eat for at least six hours. To the normal person (and alcoholics), that doesn't mean a damn thing. It does if you train your ass off all week and know that not eating is an obstacle to your goals and progression. Plus, I was depleted and hungry, and this ass-clown was already on my nerves.

This is what happened in the next six hours, formatted in bullet-points for ease of reading:

When we got ready to leave the boat parade, we were asked if we wanted to take the regular route back that would get us there in 45 minutes or the long route that would take 90 minutes. My wife sat there and didn’t say a word even though she knew how pissed I was. Apparently, her drinking instincts took over and the thought of another 90 minutes of drinking versus only 45 minutes made her freeze versus taking my side and making up an excuse. I burst out that I needed to take a shit so the shorter route would be appreciated. I felt that tact at this point would not be appreciated nor understood.

We arrived 90 minutes later. I am not kidding. They took the longer route.

What is my point to all of this?

There might not be one other than I was pissed off all night.

I do not like being around people who drink solely to get drunk. I don’t care if you are my best friend, my wife, or my girlfriend when my wife is not around. I HATE people who drink too much. I think it is off-putting, immature, irresponsible, and most times, I am embarrassed by how they act. At the same time, I understand that sometimes people drink too much. It happens. That part isn’t irritating, but when you drink all of the time, and you are proud of how fucked up you get, I DO NOT LIKE YOU. That’s all there is to it.

Here’s the kicker, though:

He didn’t like me any more than I liked him and we knew it long before he got buzzed and long before I ate that first chicken breast. We were both good sports, and we were both congenial — almost to the point of seeing who could “out nice” the other person. Even my wife commented (both sober and then drunk) that I was a good sport the entire night. I HAD to be. If I weren’t, I would have been that arrogant, egotistical “muscle guy” who was too good to eat their food and who couldn’t have any drinks because he was too good and too healthy. And keep in mind that this woman works with my wife, so I knew going in that even if it was bad, I had to take one for the team.

We are too different. He (they, really) has the things he does, and I have the things I do. We both irritate each other and don’t like what the other person does. In fact, this clown even had the balls to comment saying, “Everyone has a vice, what’s yours?” That isn’t any of your business, dickhead. You’re not my friend, and we aren’t tight so it isn’t any of your fucking business. Let me shit on your boat, and maybe we can talk. Until then, fuck you.

I am not “better” than he is and would never think that way.

I just know that next time I need to be more careful and not put myself in a situation like that. I don’t need to explain to ANYONE EVER  what I do or why I do it. I never once asked him why he drank so much or so often or had a room full of liquor. I feel that isn’t any of my business. He, though, had no problem questioning the fuck out of me.

Drink your drinks, but if you like to get drunk, you and I aren’t going to work.

I’m a bodybuilder and I don’t drink.

I’m not better than you, we’re just different.