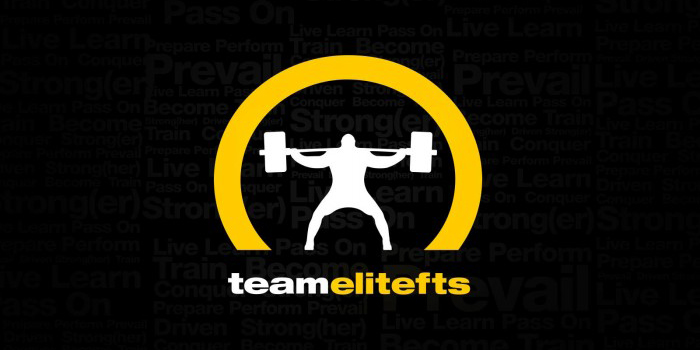 It’s been more than a year since I announced that I would be taking a step back from chasing the biggest bench possible. I lost 115 pounds on Operation Be Less Fat and consulted Mike Mastell to help me cut the last 20 pounds in order to compete in the 198-pound weight class. I benched more than 600 pounds before the weight loss, so for this meet, my focus was to have a smooth weight cut and re-hydration.

From 328.5 to 290 I was equally as strong which was awesome. I was able to hit a 600 raw bench in competition and a 900 equipped. It's been a different story the last 70 plus pounds. That's ok. Once I accomplished the numbers stated above, my journey was no longer about strength. I achieved everything I wanted to in that department. Now my goals are feeling good, looking good, longevity, and helping others.

RELATED: No Longer Chasing the Bench — Leaving the Platform After 30 Years

One of the programs a few of us have used going into a meet is the T Baggin's Squat Cycle. We have used it successfully for bench meets a number of times. It comes from Wendler's 5/3/1 for powerlifting book, which you should buy if you don't have it.

Unlike most of Jim's recommendations, the percentages are based off of a true max versus his 90% training max numbers. Beware though, use a current max, not a projected max (use a rep calculator if necessary). My training partner and I used a projected max and we ended up missing reps in training. That is a serious no no when peaking for a meet. First, it beats your central nervous system up. Second, it can mentally ruin you going into a meet.

There was only one real number I was concerned with when it came to this meet, my bodyweight. I started the week weighing 217 on Monday. Diet and distilled water got me to 207 before the hard part of the cut started on Friday. It's basically 31 hours without food or water. Then there's sweating out the rest.

Mike Mastell does a masterful job with my cuts. He takes the thinking out of it for me. Much like training, follow the plan and everything should work out.

The weight melted off so quickly I only ended up needing five 15-minute hot baths to get to 199 before bed. When I woke Saturday morning the last pound was off when I stepped on the scale in my house. I had reached 198. Come weigh-ins at the venue I actually ended up being 197. That's ok though, it's better to be a little under because being a little over, sucks!

After weighing in one would think all I would want to do is eat my face off, you'd be right. However, hydration is FAR more important when putting that cut weight back on. Nothing touched my lips other than fluids for the first two hours after the weigh in. I am very disciplined in my approach. It's almost harder than the cut. I carefully timed meals and hydration, ending up drinking close to three gallons of fluids. Meals were all very digestible low fat, high carb foods.

It all paid off on Sunday when I competed at the RPS Connecticut States meet. My highest training weight for bench was 365 during the 12-week prep cycle. My rep max with it calculated out to be 425, so that was pretty much my goal. I opened 395 which was super easy. It was supposed to be. I treat my opener as a last warm-up. The goal was more or less 425 so I took that and benched it handily. I went 440 on my third because the number 44 has huge significance in my life. My brother was born on 4/4 and he happened to pass at 44. So when it came to my third attempt, there was no question, it was going to be 440.

With inspiration from my brother, I think the 440 was easier than the 425. I was very happy with my performance. Everyone told me I left a lot on the platform. To me it's irrelevant. I have benched 605 raw in competition. So without sounding too jaded, anything less than 605 on the bench will always be anti-climactic to me.

The true goal was making the 198's. It was a new challenge. New challenges are what keeps this sport fun for me. Although my kind of fun might seem masochistic to most. If you're reading this though, you get it.

I already have my next goal conjured up in my head. I'd tell you now, but that would be no fun. Stay tuned.