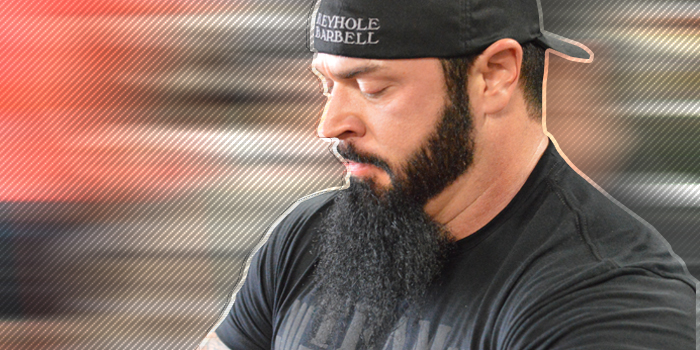 When you've coached as many lifters as I have, you can't help but notice some recurring themes.

I've experienced some unique situations, but probably 90% of the problems lifters run into are universal issues. That is to, say just about everyone has to deal with them. Dave Tate and I were talking about it this weekend at compound, after the second Powerlifting Experience. A coach can answer 100,000 questions in their career, but they are really just answering the same 50 questions, thousands of times. That was my thinking when I decided to put together this Mistakes 101 series. I wanted to start putting together solid, complete answers to these questions, solutions, and I wanted to make them publicly available on the site. If I can answer the questions before they get asked, maybe some of you can avoid these land mines.

That leads me to my topic for this installment: schedule inflexibility.

If there is one thing I'd like to do for the strength training community at large, it is to get every single one of you to let go of the seven day microcycle. That right there is a solution, or the answer, to a handful of the 50 questions that strength coaches keep getting.

We use the seven day cycle out of convenience and, invariably, it screws things up for anyone who has a life outside of training. Unless you live with your parents, this includes you.

Even if you are a true spartan and the only priority in your life is training, you can still benefit from breaking free of that "Monday is squat day" bullshit.

Oh, you don't really do microcycles? Yes, you do. It's just so widely accepted that a microcycle should be seven days long that most people have lost sight of the idea they can be any length other than a week. So we just call them "weeks." For the average lifter, a microcycle consists of their typical work week in the weight room: the workouts they repeat on the same days every week.

Barring some outliers (who are absolute freaks and would get stronger from anything they do) larger, stronger lifters tend to need more time between sessions. I've found recovery is less of an issue for weaker people who tend to move relatively lower poundage. This also helps to explain, at least partly, why women handle training volume better than men, recovery-wise (less total poundage moved). But women seem to benefit just as much, if not more than men, from longer microcycles. This disproves the concept that because someone can get away with training a certain component more frequently, that they will benefit from it. 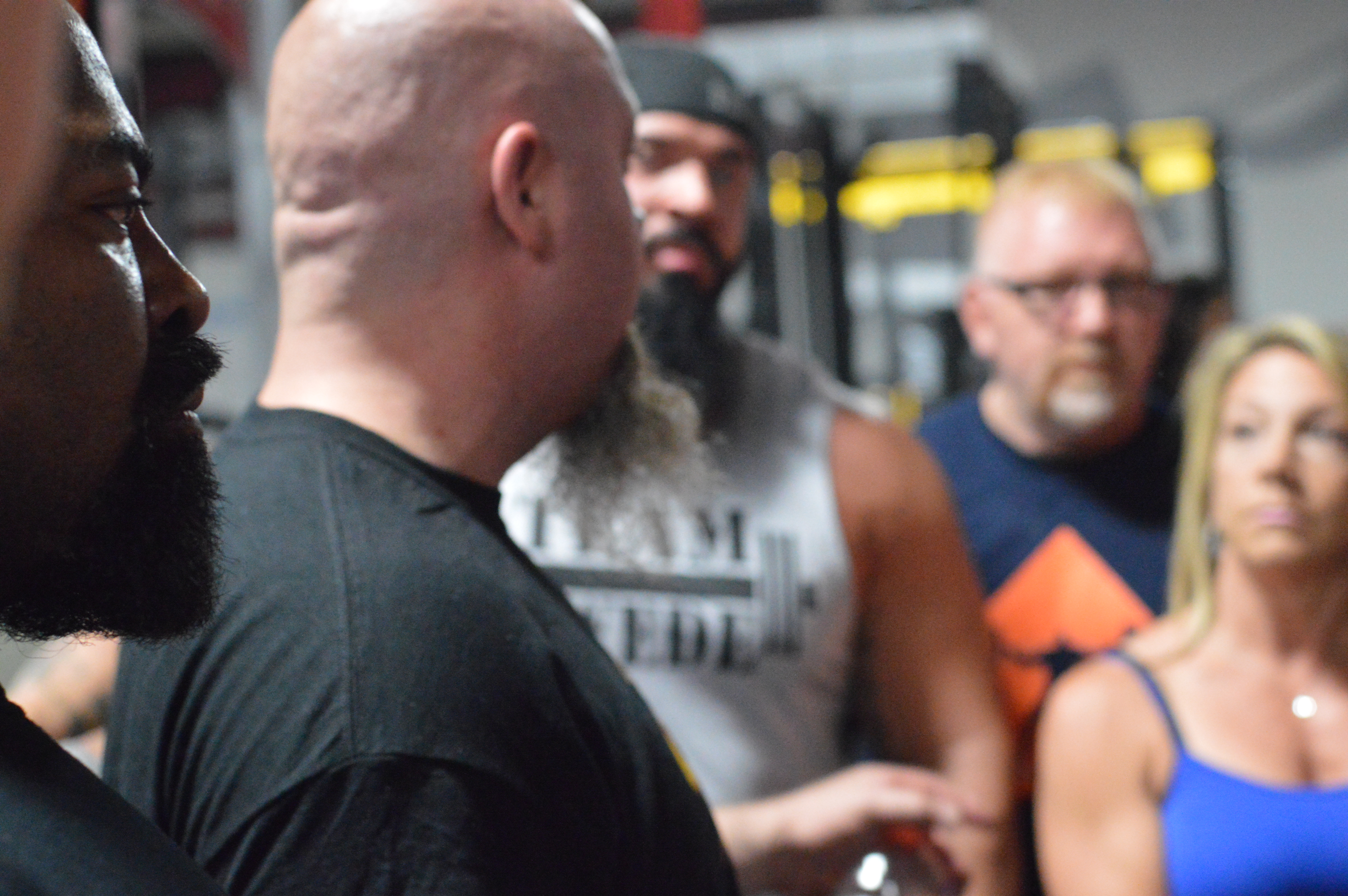 In my experience, longer microcycles tend to yield greater results, pretty much across the board. They allow you to get more done in regard to training the various components of muscular fitness, concurrently, during one phase or mesocycle and it is upon this premise that I built the all-encompassing 5thSet methodology.

My goal in refining the methodology was to make progress in powerlifting a thoughtless endeavor, by taking the focus off of planning and putting on training. In the process, I developed a novel approach which renders its predecessors unnecessary, if not obsolete. More than just that, it keeps things INTERESTING.

There is an old saying, "good advice that won't get followed is bad advice." Along the same line of logic, a good program that people won't stick with, or will half-ass, is a bad program.

5thSet is a program that pulls you in. There is an organic component that compels you to dig deep. I've seen it bring the passion back to a lot of lifters who were on their way out, as well as find a fire beginners they didn't know they had.

I have people who train on their own with this method and knock it out of the park on meet day, because for many months they've had goals in mind for every training session (like rep PR's at each weight), which kept them motivated throughout the process and passionate about what they were doing. All of that passion is made manifest on the platform.

Is 5thSet the only intelligent way to train for powerlifting? Nah, but if you learn how to use it and put your faith in the process, it is the only way you will ever have to.

The 5thSet protocol provides a systematic variation in training volume and intensity, which in my opinion seems to be the only benefit to using a periodized system over a linear program (constant sets and reps) and thereby eliminates the need for typical consecutive block or linear periodization.

The technique/speed protocol allows you to improve the technical proficiency of whichever lifts need it the most.

Both of these are able to be run, for separate lifts, concurrently, in the same cycle with hypertrophy work, thanks to the program's nine day microcycle.

I keep coming back to 5thSet whenever I talk about how to set up your training, and I'm not going to apologize for that, because it's fucking awesome. If I can tell people how to fix 90% of the shit that's wrong with their training by doing one thing, instead of answering the 50 questions, I'm going to do it. Seriously, I wish every powerlifter on earth would try it. I would hardly ever have to shake my head when I am on the Internet. 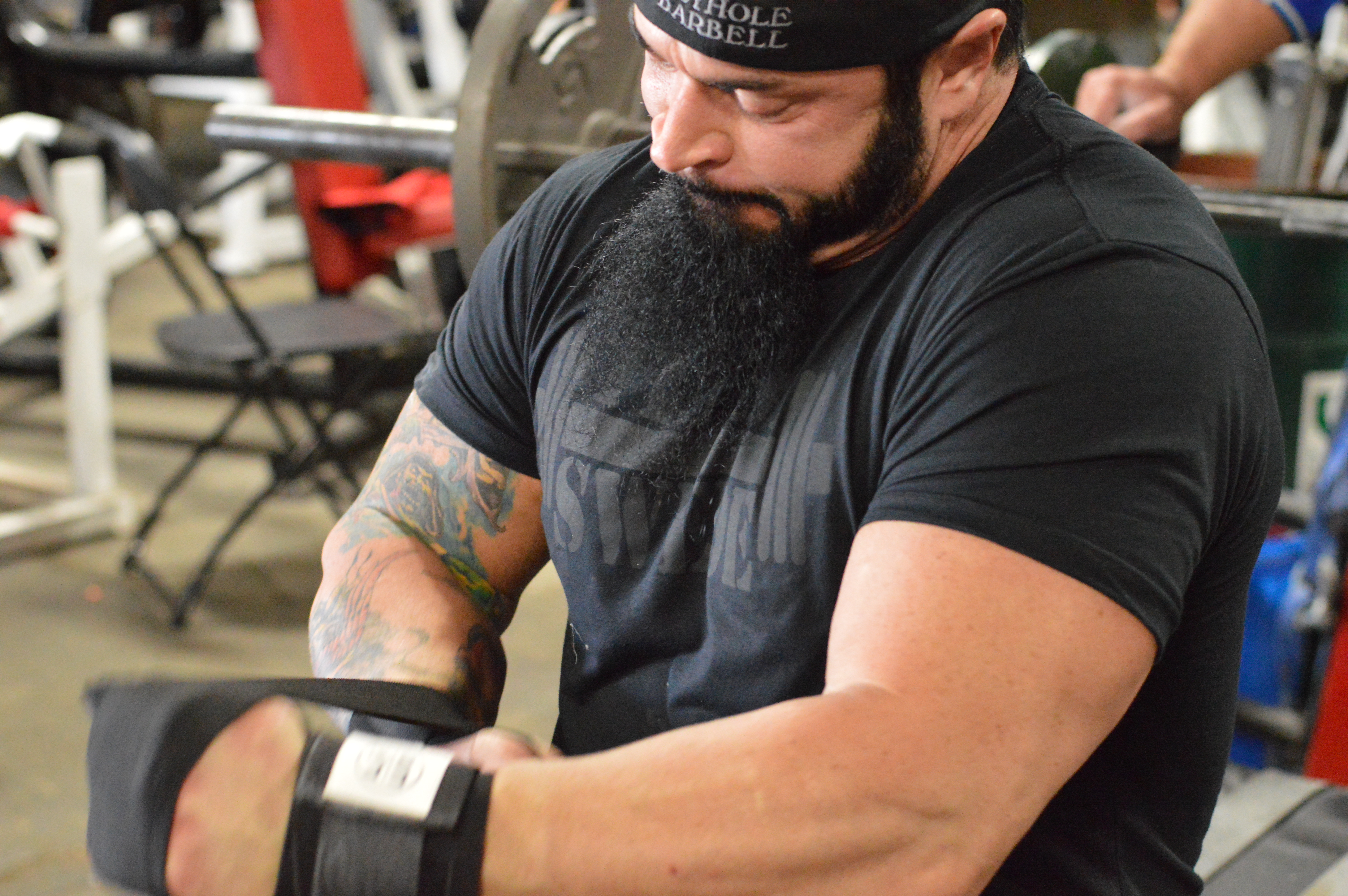 All kidding aside, however you choose to train, divorce yourself from this seven-day microcycle dogma. Open your mind to the possibility that, if you miss a scheduled training session, you do not have to make it up by combining it with the next session, nor do you have to skip it for that week, altogether.

The next day you are available to train, simply pick up where you left off. That's not something you want to make a habit out of doing, but unless you are four or five weeks out from a meet, it doesn't have to be the end of the world. And if you aren't locked into a seven day cycle, where Wednesday is bench day, it doesn't make much difference. I've had many lifters perform well in meets after pushing forward one or two scheduled sessions per mesocycle, for various reasons. A peaking cycle is the only time I would say missing and pushing forward a session is completely unacceptable.

That brings me to another major thing I take issue with, regarding the seven day, "days of the week" microcycle.

Most powerlifters have jobs and families; many are college students. Even if powerlifting is the number one priority in your life, you are still susceptible to sickness and injury. A more malleable way of organizing your training schedule will benefit you, absolutely.

I understand this concept is somewhat foreign and might seem confusing, so I will lay out a typical four training-day cycle, spread over a nine-day microcycle should.

The first thing you have to do is pick the three days that you will train every week. Monday, Wednesday, Friday, or Tuesday, Thursday, Saturday are two examples of training schedules that will work well with a nine-day microcycle. Obviously there are others, but these two seem to be the most common choices.

For this example we will assume you are running a four training-day cycle, though you could probably get away with five. I'll refer to the workouts as workouts 1-4.

Let's say you chose Monday, Wednesday, and Friday as your training schedule. Workout 1 would be performed on Monday, Workout 2 on Wednesday, and Workout 3 on Friday. The following Monday you would perform Workout 4, and that Wednesday you would perform Workout 1 again, and so on. If there is an emergency and you get stuck at work on Monday night, you can just push that workout forward to Wednesday and pick up like you never missed a beat.

Again, don't make a habit of that, but pushing a training day forward and picking up where you left off is highly preferable when compared to performing two pussified sessions at once, because you had to combine them to make up the missed day.

In other words, one missed day in a mesocycle where every training day is intense and focused is better than a full mesocycle with no missed days but where the sessions were mediocre due to them being combined.

You will perform in competition with the focus and intensity you put into your training. Always take quality over quantity. Bullshit workouts will avail you nothing.

Do yourself a favor and apply this advice to your training, but don't be they guy who uses this as an excuse to take "off" left and right. Part of being an adult is learning to prioritize. If training is important to you, you won't have to tell anyone; your results will speak for themselves. Likewise, if training is not a top priority, that's going to be pretty obvious.