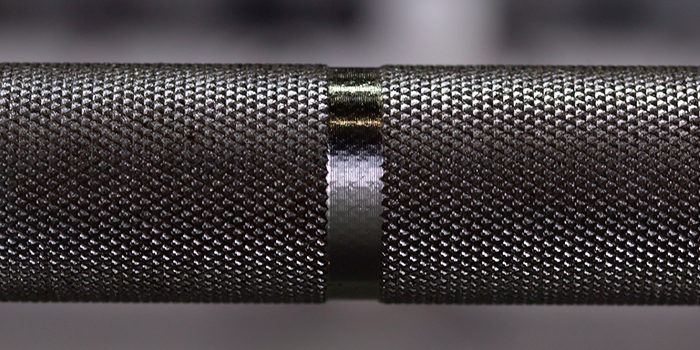 If this were another site and I were someone else, you might think this article was about my favorite watering hole. I do have one, not because I drink (I don’t), but because I love bar food. On this site, with me as the author, my favorite bar is referring to a type of barbell.

I have used every bar I know exists, and I own four. Here are some bars I've fallen in love with over the years, and one that serves as my favorite bar to date.

I was convinced to buy a Safety Squat Yoke Bar by Dave Tate and Donnie Thompson. When I asked each of them what bar I should buy, the Safety Squat Bar was their answer. It helped me enormously in learning to squat. I used it almost exclusively up to a certain weight, then switched to a straight bar that I found easier. Both Dave and Donnie cautioned me not to squat too much with a straight bar.

With my crappy shoulder, they didn’t have much convincing to do. I start most of my clients with the Safety Squat Yoke Bar. I believe it helps to teach proper squat form. It is a versatile bar, used for various good mornings and a host of other exercises (namely JM Presses). If your gym doesn’t have one, pester them to get one.

Teaching deadlifts to clients who will never compete in powerlifting is a difficult task. Without proper supervision, beginners can get hurt. The trap bar helps solve that problem. I use it almost exclusively with clients who will never compete. I believe it is more back-friendly and easier to stand up with. I use it from time to time to deadlift, but more for shrugs, RDL’s, and farmer’s carries. It is extremely versatile, not used as much, but belongs in every gym. I bought one from elitefts for my non-powerlifting clients. I, however, have obtained more benefit from it than any of my clients.

The bar with which I fell in love was the BUFFALO BAR®. When I began training clients in Rock Hill, SC, there was a BUFFALO BAR® there. Soon it became my go-to bar for squats. It helps my shoulder by not having to get my hands up as high as a straight bar. The curvature of the bar allows me to keep my hands much lower; thus, not putting so much stress on my shoulder. I now use it more than any other bar to squat. When I left Rock Hill and moved to western North Carolina, I missed it terribly. So, I bought one. I mix it in with clients, particularly if they have shoulder issues. I almost never squat with a straight bar until competition. I advise younger lifters, as I was advised, to not always squat with a straight bar, or you’ll end up with a shoulder like mine. Use a straight bar, but also use a Safety Squat Yoke Bar and a BUFFALO BAR® and your form will look better and your shoulders will be healthier. I met an older gentleman in the gym (as old as me) who said he really liked that curved bar for bench presses. The only problem was that someone was bringing it back to the squat rack. I smiled, picked up the bar and headed back to the squat rack. There are those in the gym who do use the  BUFFALO BAR® for bench presses. It helps stretch their pecs and shoulders. I would caution, however, not to use it for max effort work. I used it for floor presses until I had my rack built.

I have used the Mastodon Bar at elitefts on a few occasions and the Texas Squat Bar in the IPA. I love them! They are heavier, thicker, and longer than a regular bar. I love the way it feels on my back and my hands like the thicker grip. I have had some very good results squatting with it at elitefts and in competition. I would love to have one. Given the cost, however, and the infrequency with which I squat with a straight bar, it is not very likely I'll ever purchase one or both of them. It would, however, be interesting to use it for other lifts and some accessories.

After I got my rack, COVID was still raging, and the possibility of gyms opening in NC looked dim; I knew I needed a straight bar. I checked elitefts' inventory of straight bars and found quite a few. I did not know which one to buy. I checked with equipment specialist Nate Harvey (and my friend) at elitefts. We discussed all of the straight bars at elitefts, and I finally settled on the Iron Cowboy Power Bar. It is very cool to get expert help at elitefts. What is really the big deal? A straight bar is a straight bar is a straight bar, right? WRONG! I have used good bars in gyms and bars I thought were crap and wouldn’t own if given to me. A quality straight bar is a prize. Many gyms won’t buy them. I ordered the bar in late July. On August 4th, I had my little surgery where the battery was replaced in my ass for my spinal cord stimulator. I was told after surgery that I could not lift more than five pounds. Shortly after I came home from the hospital, my bar arrived. I could not even unpack it. It sat on my porch where the mailman put it until August 14th, when the staples were removed. I explained my plight to my doctor, and he allowed me to unpack the bar but not lift it. I unpacked it, admired it, even fondled it. It has a color, not red, blue or yellow, but BLACK. BEAUTIFUL! It has knurling from hell. At first, I liked it. Now, I love it. The knurling keeps the bar in my hands.

I waited until after the staples were out but not a month as the doctor said.  I benched with reasonably light weight but was working hard to get my reps. Near the end of the session, I got up from the bench, and there was blood all over it. It scared the hell out of me. At the doctor’s office, they determined I had not torn the wound open but only leaked blood. I blamed it on the blood thinners I take, and they fixed it up. I have since had a max effort bench session from hell with no adverse effects.

I know this is shameless advertising for a company with which I have a relationship. I want you to know that the Iron Cowboy Power Bar is an exceptional bar, and I shall treasure it.  Right now, the Cowboy Bar is my favorite bar.

Jeff Guller is a graduate of UNC, Chapel Hill, undergraduate in 1963 and law school in 1966. He practiced law in Gastonia, NC for about 40 years. He presently is an adjunct professor of criminal law at Wingate University, where he assists the football team in its strength program. He has been involved in weight training since 1957 and is a lifetime participant in a number of sports. He began powerlifting in October of 2011 and was taught by all-time great Donnie Thompson. Since his first meet in March of 2012, he has set four world records in the IPA and established or broken five national records in the IBP. He is married and has two grown children.