No One Makes It Alone 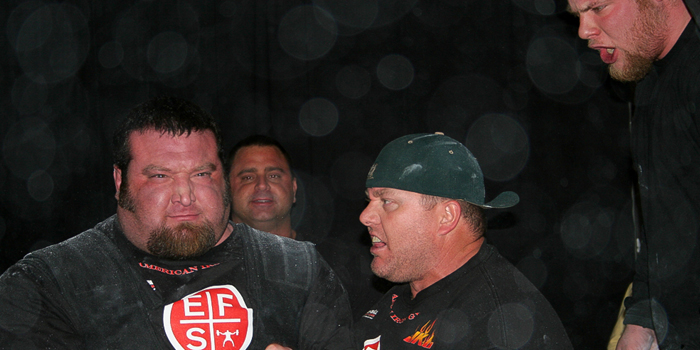 For most of my young life, I did not want any help. This was especially true when it came to sports. I wanted all the glory if there was a win, and I wanted all the blame if there was a loss. My experiences with team sports compounded this. Later in life, when I decided to give powerlifting my all, I knew I did not have the knowledge to achieve the goals in my mind. I had to rethink how I thought and finally realize no one makes it to the top alone. We all have people that play key roles in our successes.

If no one makes it alone, then how do we end up with these people that help us along? Is it just fate or luck? Sometimes we are fortunate to be born with good leaders around us. I can say my upbringing definitely had a lot to do with who I am. My father forced me to read Norman Vincent Peale’s book, The Power of Positive Thinking, when I was young. My parents taught me to fight and never quit. They gave me a solid base of positive attitude and a tough work ethic to be successful. This was a great foundation, but it was not specific to powerlifting, which was the knowledge I was after.

RECENT: It Wasn't What I Thought It Would Be

I needed assistance from someone that had experienced being where I wanted to go. Back in those days, we did not have all the access to social media like now. I had some YouTube videos, articles, a few websites, and some forums. I needed someone with solid credentials that backed their ideas with results. I did not believe a mediocre lifter could tell me how to become one of the best in the world. After countless hours of research, I settled on Dave Tate of elitefts, and as luck had it, he was doing a seminar within a few hours of where I lived. I had just enough time to scrape together the money to attend. To this day, I consider that seminar one of the most important keys to my success as a powerlifter.

After that seminar, I was full of new knowledge and raring to go. When I was back in the gym working on all my changes, I realized this journey would be stronger with a team. This became another of the many challenges trying to reach the biggest platforms in powerlifting. There were no big and famous powerlifting gyms in my area. The gym I trained at had many lifters that competed, but so many of them were stuck in old-style training concepts. Plus, none of them had been to the level I wanted to reach. I was still new to powerlifting and had not put up any great numbers yet. Let's just say I did not have the numbers to back up the new training techniques I was explaining to them. They had no vision and way too much fear. I had faith in Dave and was dedicated to what I had learned. I just needed a different approach to clear this hurdle.


I decided to focus on the lifters I talked to that asked questions about how I was now training. They said no, but in my mind, the door was cracked open just enough to get through to them. One of my first training partners had done powerlifting and Olympic lifting in the past. He had hurt his back doing cleans, and every time he tried lifting heavy again, he would hurt himself. I had been watching him, and already at this point in my search for more knowledge, I knew I could help him. I worked to help him see that what he was doing was not working, and there was no sense in continuing on the same path. I explained my plan to him and convinced him he had nothing to lose trying it. He ended up learning technique really well and became one of my first teammates I could really start bouncing a lot of ideas off. He learned so well that he became crucial in helping me get my own technique down. I had someone I trusted to watch me, and he was able to lift some heavy weights again without continuing to hurt himself.

Another of my early training partners was about as stubborn as I was. I say “about” because, at first, he didn't want to switch from his training. In the end, I won! His technique was horrible, and his training was just as bad. Still, I could see potential in him and felt he would be a good fit with my growing team. Eventually, it came down to a bet. He had been trying to hit a 650 deadlift at 210-ish body weight. In his last few meets, he made attempts at it but kept missing. I knew it was just a technical issue, and even though I had tried to explain this to him, he did not listen. So I bet him that if he hit it in his next meet, I would leave him alone about joining us, but he had to join us if he did not get it again. Yes, he took the bait, and I got another teammate! He ended up being one of the strongest lifetime drug-free lifters I ever trained. He hit an official squat over 1000 pounds, benched official over 700 pounds, and totaled over 2300 pounds. He pulled over 800 but did not get to make that official as his priorities in life changed. He still trains at my house to this day.

I have had many teammates join and fall to the wayside over the years. I would say we probably averaged four people in my prime years for competing. We were a pretty intense and driven group, which a lot of lifters could not handle. There was no rah-rah bullshit, just straight truth because we actually cared about each other. We expected nothing but the best out of ourselves and our teammates. Many got kicked out or quit. Keeping a steady group was not an easy task. Very few had the drive, dedication, or intensity. It was always very important to me to keep the good of the team, no matter the team's size. If they did not fit or did not pull their weight, they were asked to leave. 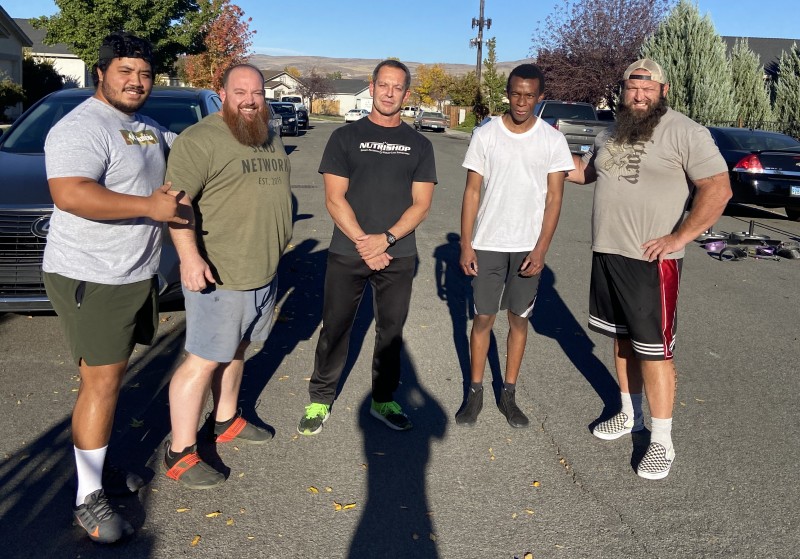 Finding quality teammates or even just lifters to train with can be tough. If you lift at a gym, that is always a great place to start. Local competitions are also a good place to meet other lifters in your area. Use social media to find lifters in your area. Be patient and take your time. The better quality of people you can lift with, the better your gains will be. Look for people hungry to learn, that have dedication similar to your own or more. It is not about genetics or necessarily the numbers they are lifting. It is more about their heart and will. You want a lifter with a lot of both and future goals.

MORE: So, You Think You Want to Build a Home Gym?

When you are looking for that mentor or coach, spend some time doing your research. With today’s technology, it is easy to find people that look impressive but are they really everything they say?

Are they all fluff with no substance?

Have they competed, and have they been successful?

Who are they associated with?

Who have they coached?

Are they know-it-all blowhards, or are they still searching for knowledge?

Basically, remember there are a lot of pretenders out there. Some guys may have put up numbers but are not coaches. If you're going to trust someone with something so important, take the time to really look into them.

What are their past and or current competition levels?

What kind of knowledge do they actually have to coach?

Are the people they are training improving, and if so, how much?

There is also the question of how well you can get along with them. This is not crucial, but it will help if you get along and communicate well.

Gaining strength is not easy, and it does not happen overnight. Having the right mentor and team can greatly increase the odds of your success while decreasing the time it takes to get there. Like strength, this is not going to be easy and will not happen overnight. As with strength, you're better off taking your time and doing it right in the beginning. Be picky about who you choose to learn from. Be selective about who you choose to be on your team or what team you choose to join. Never forget these relationships are symbiotic. The idea is for everyone to grow together. The rising tide lifts all ships. If someone has helped mentor you, then you should give them the credit they deserve. You need to help your teammates succeed as they help you succeed. These relationships should become a very important part of your journey for strength. They should make you a better lifter and person. Trust me, I met some of the greatest people I know on my strength journey, and they all play important roles in my success.