Self-Talk for the Quarantined Athlete 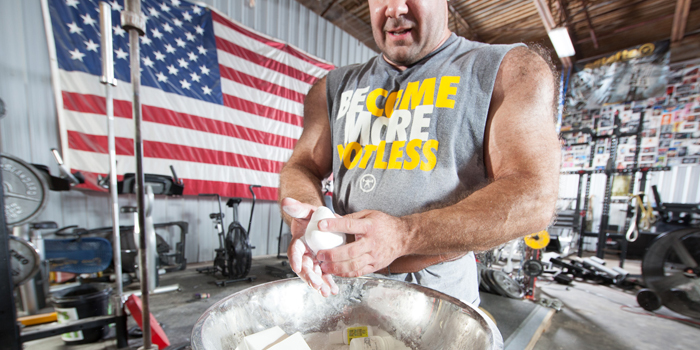 We are constantly talking to ourselves.

The slow trickle of inner chatter is unending. Self-talk is essential to who we are. It helps us make sense of the world. It allows us to predict and plan.

Athletes insist that positive self-talk is effective, and research supports the idea. A study coming out of the University of Thessaly suggests that interventions that improve self-talk have a notably positive effect.

The same team of researchers, including a distinguished figure in the field of sport-related self-talk, Yiannis Theodorakis, are careful to identify that all self-talk is not created equal. Often, it can be broken down into two primary categories: motivational and instructional.

RELATED: I Wanna Hold It

Instructional self-talk is more fine-tuned. Keep your eye on the ball, or choke up on the club, are examples of instructional self-talk – they enforce procedural concepts. This too is valuable but insufficient. Some athletes report getting carried away with instructional self-talk. If one is not careful, their inner instructions can lean toward obsessive compulsions. They can slow the person down or make them clumsy. When this happens, we often hear coaches say that a player needs to get out of their own head, that they are thinking too much.

That skill is needed now more than ever.

An inner narrative is currently running through the heads of millions of athletes who had their seasons – for some, careers – cut abruptly short. With the rigor of school days and workweeks in the rearview mirror, self-talk is in the driver’s seat. That inner narrative will dictate their experience within the COVID quarantine. 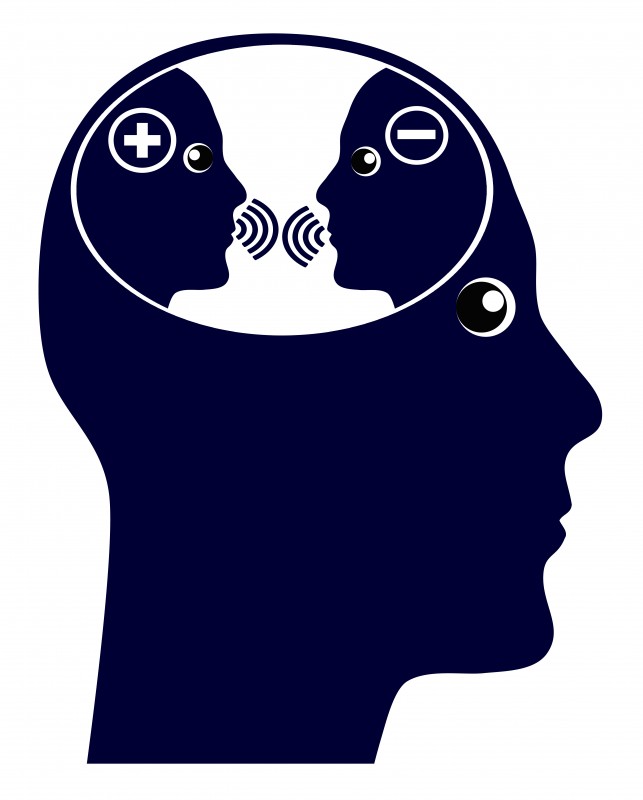 If athletes want to shape their experience through self-talk positively, they might want to try these three easy steps.

Take a moment to check in with yourself.

Recognize that this inner narrative is part of you, but it is not you. Self-talk can be controlled, cultivated, and used as a tool. The first step to control is recognition. Instead of allowing your inner voice to influence all of your interactions mindlessly, begin by gaining control over one component of your environment. For many, this begins with the breath.

Taking a few deep breaths in through the nose and out through the mouth, focusing only on the act of breathing, noticing your chest and belly rising and falling in rhythm – this is a tried and true way to exist only in the moment. Once you are fully present, just listen. Notice, without judgment, the dialogue occurring between your ears. It begins with self-awareness.

Work to understand the direction your current state of self-talk is pointing you, then ask if that is the direction in which you would prefer to go.

You might sense that your self-talk is pointing you in the wrong direction. Assuming the goal is to get through this quarantine, both happy and healthy, then work to understand if your self-talk matches that goal. If your inner narrative is focused on boredom or frustration or stuck on all of the things you are missing and would rather be doing, then your self-talk will negatively influence your experience. If that does not sound agreeable, then come to terms with that idea.

We work with one athlete who spent the first week of quarantine frustrated by almost everything. With nothing to do during the day, he slept in until noon and was mad at himself for doing so. When we took the time to examine his self-talk, we realized that what he felt guilty for not accomplishing enough. That guilt made him drink coffee later into the afternoon and pushed back his bedtime. He then slept in, felt guilty for doing so, and the cycle repeated.

His habits needed to be adjusted. Habit change is often fueled by an inner narrative, to which he had not previously paid attention. Once he began to listen, we moved on to step three. 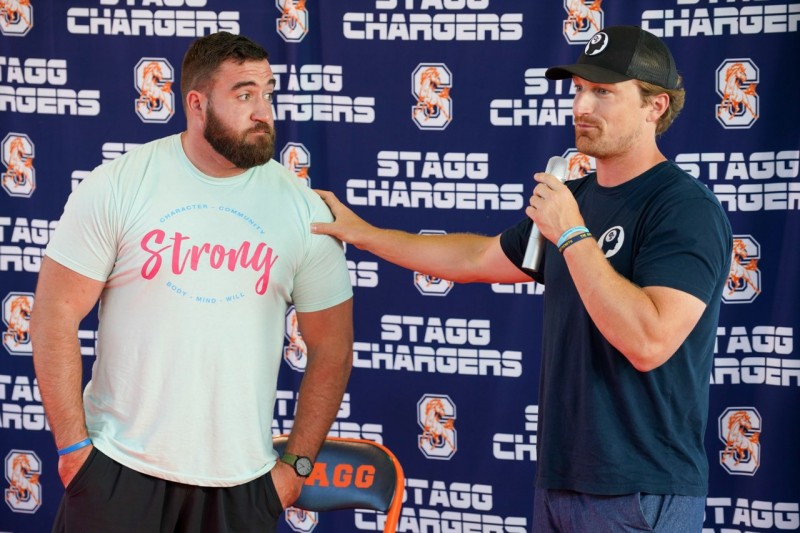 Decide where you want to go and direct, redirect, or turn down the volume of self-talk as needed.

If your self-talk is leading you down the wrong path, take a different path. It's much easier said than done, but it must be done. This might be effortful. That’s okay.

With the athlete mentioned above, the steps toward redirection began with turning down the volume. He was thinking too much. Now, he maintains a daily breathing practice intended to accomplish step one (slow down, be present, and check in with himself). In that mindful state, he has the opportunity to examine his inner narrative.

Together, we began digging into the guilt he was feeling around not accomplishing enough. We took time to examine what he meant by “enough.” Once we had a clearer picture of what he hoped to accomplish during this downtime, we were able to make a plan that included thoughtful next steps – in this case, that included writing “thank you” notes to his coaches and teammates. His self-talk could then follow the course of this goal.

He turned the volume down, gained an understanding of his motives, and articulated a manageable process. His self-talk could now be cultivated with greater efficacy. When he does not feel like writing a note and prefers to watch Netflix, he can now say to himself, “be grateful, think of your teammates, you got this,” (motivational). And when he is distracted by his phone or looking for something to eat, he can say “start by taking out a card and write a teammate’s name on it,” (instructional). His self-talk now has direction and he can more accurately assess whether or not it is serving his purpose.

Athletes, or coaches who hope to share this strategy with athletes, should take care to follow the steps sequentially. Too often, we see athletes jumping to step three, attempting to direct their self-talk in a way they think might be helpful, but without undergoing a mindful examination.

Pause, evaluate, direct. Once the steps have been taken, they begin again. Self-talk does not suddenly arrive at a place of “good,” it is a process which is continuously under construction. The good news is that it gets easier. Similar to physical fitness, the more one thoughtfully engages with these steps (like a thoughtful approach to exercise), the easier and more effective it will be.

As the world slows down and cycles through terms of uncertainty, self-talk might be more important now than ever. It will almost certainly be a challenge, and that's okay.

Start here: Pause. Take a moment to check in with yourself.

JIM DAVIS is a former professional football player and champion powerlifter turned nationally recognized coach. He is a graduate of Harvard University, Northwestern University, and Knox College. He serves as the Director of the Good Athlete Project and the Staff & Student Wellness Coordinator at New Trier High School. At New Trier, Jim leads one of the largest and most successful strength programs in the nation and was honored as 2018 NASA National Coach of the Year, and was Runner-Up in 2019. He has presented keynote addresses all over the world including Chicago, Boston, L.A., Ireland, and Haiti. His written work has been published in the Harvard Crimson, the Globe Post, the Orlando Sentinel, and Olympic and Paralympic Coaching Magazine. His blog, BeyondStrength.net, was recently named one of the Top 20 Sports Psychology blogs by Feedspot.com.