The 4 Biggest Myths of Building a Home Gym 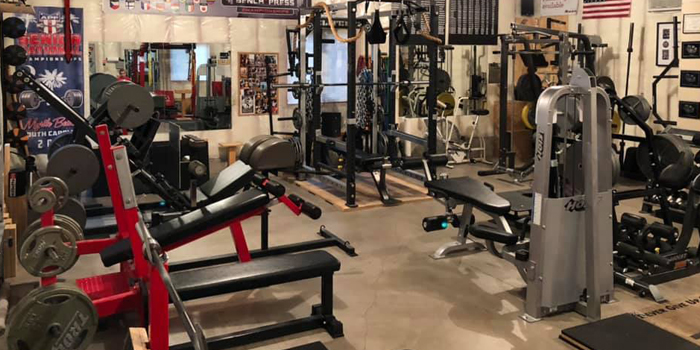 Building and using a home gym can be one of the most enjoyable things any lifter could spend their time on. Most trainees will have ended up spending, literally, years of their life and thousands of dollars on the gym they attend. With this in mind, it always surprises me while more people don't consider bringing their favorite place in the world home so that they can use it more often and in ways they can't when it's someone else's.

I think a big reason more people don't build a home gym is that they have a belief that is, in all actuality, a myth. The most common rebuff we hear from people about starting a home gym is, "I can't afford it!" The fact of the matter is, a home gym, when compared to a commercial gym, can not only be less expensive but also more effective. We hear excuses for why people don't start home gyms every single day, but I want to break down why four of the biggest myths we hear about, simply aren't true. 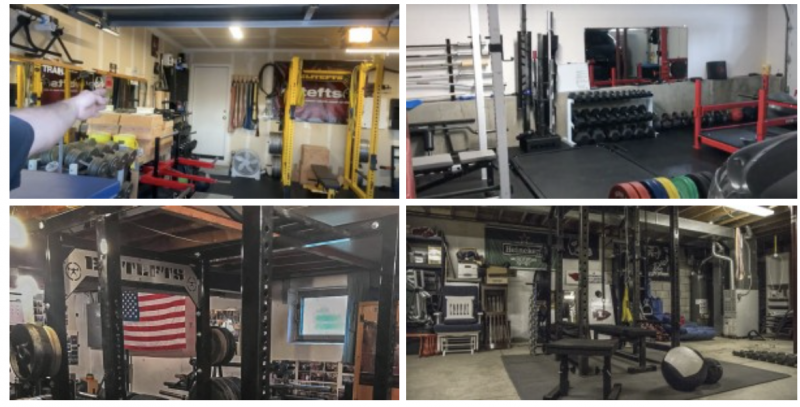 This is completely false. So false in fact, I often laugh when someone tells me the cost of their gym membership is so much cheaper than training at home.

According to StatisticBrain.com, the average gym membership cost for most people in the US is $696/year based on a study they released in 2018. That's nearly $60/month you're shelling out to use something that you won't ever own and aren't the only one using it.

We've helped many people build completely outfitted home gyms for less than $1,000. Although more than a yearly gym fee at first look, when you consider the time involved in going to the gym, gas and car maintenance cost, and the fact that you can sell your equipment anytime you'd like, a home gym is much less expensive in the long run.

Yet another myth in building a gym in your domicile is that it requires a ton of space. To be honest, you only need enough space to fit a barbell and a squat rack. A typical barbell is 7 feet long and requires at least a foot on each side to load plates. Most squat racks come in at 90" or less in height, and there are even some that can be folded into the wall when not in use.

Therefore, with all of this said, you can get as strong as you'd like in a 9'x9' space. We've seen home gyms like our friends Jujimufu's that was housed in his apartment's kitchen, and he deadlifts over 600 pounds. When I first started my garage gym, it was in half of a one-car garage, and I did ring muscle-ups into a hole in the ceiling that went into the attic. 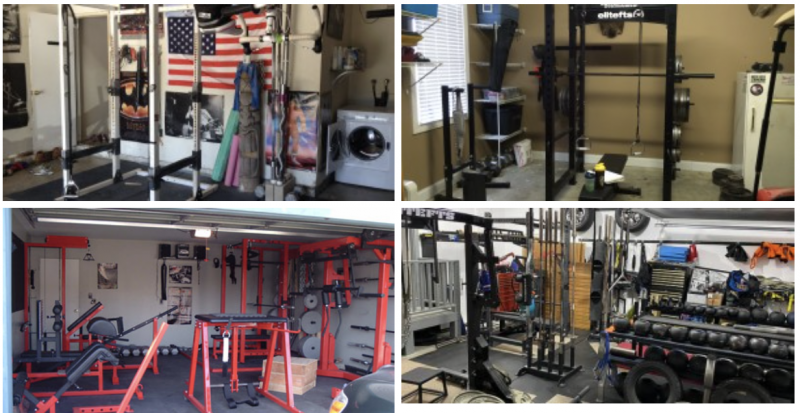 In building a home gym, what you don't need is a ton of space; what you do need is motivation.

3. You Can't Get Big and Strong in a Home Gym

This has to be one of the most annoying myths surrounding those who have a home gym. Here's the thing: the myth that you have to have something in order to achieve something severely limits nearly every goal you could attempt to accomplish. There are guys in third-world countries training with rusty axles and old tires who are stronger than guys with the world available to them.

If me telling you that you can get both big and strong in a home gym isn't enough to convince you, maybe this will. Here are a few people who train in a home gym that you should research:

You can get as big and strong in a home gym as you can in a fully outfitted Globo gym. You may have to get creative with the equipment you have, but it is possible, as many have proven.

This good thing about things you own? You can use them as much or as little as you'd like. The myth that home gyms just end up being used as clothes hangers is true, but not for everyone.

Here's the thing, if you workout inconsistently at the gym, in all likelihood, you're going to workout inconsistently at home. This obviously isn't the case 100 percent of the time as a home gym is more convenient than having to drive to the gym, but I do believe that working out at home will not magically solve your lack of motivation for working out.

There is an entire community of people getting absolute jacked, fitter, healthier, stronger, and just overall better by ditching the rat race at their local YMCA and instead, training in a spare bedroom, basement, or in their garage. A home gym is always there. It can be used 24 hours a day, seven days a week. The only reason it wouldn't get used is that you'd rather make excuses than achieve results.

You can use a home gym however much as you want. Some decide to train there full-time. Others, like Dave Tate, used his home gym for accessory work, so he didn't have to drive to the gym for shorter workouts. The beauty of a home gym is that you're in control of how much it benefits you.

Most people on the internet know him as Coop. Cooper Mitchell is the creator of Garage Gym Reviews and its mission is to inform, inspire, and connect the garage gym community. Garage Gym Reviews provide in-depth and honest reviews on everything fitness related.