The Food Philosophy of an IFBB Pro

No, I’m not a nutritionist. However, I’ve spent the past two decades tinkering with my diet in the pursuit of greater hypertrophy and more favorable body composition. I’m a believer that a healthy inside serves to further my goal of lean muscle accumulation, therefore blood work happens every few months. All said, it has given me a wealth of real-world knowledge regarding my body’s internal and external response to various dietary approaches. This is my food philosophy.

In the second half of the twentieth century, the hermeneutics of suspicion rose to prominence amongst critics and literary theorists, largely due to Friedrich Wilhelm Nietzsche. A German cultural critic, philosopher, poet, composer and bearer of one badass mustache, Nietzsche initiated this method of interpretation. I’ve heard it explained that the hermeneutics of suspicion is essentially “intellectual squinting.” It’s the questioning of any claim in an attempt to see beyond it and hopefully find the ultimate truth. I like using the hermeneutics of suspicion when approaching dietary truths, especially those put forth by the government and/or mainstream media. Case in point, the USDA food pyramid. Or should we call it the agricultural lobbyist pyramid?

If asked to quickly summarize the first half of chapter one of the Book of Genesis, I would say, “In the beginning God created…and it was good.” This is a small statement with massive implications. The first implication is that God did the creating. The second implication is that the creation was good. I tend to agree. The creation is good and, just like the ensuing tragedy in chapter three of Genesis, we humans are notorious at jacking things up. I’m thinking in terms of toxic pesticides, fertilizers and genetically modified organisms along with refined and chemically laden manmade foods.

If given the choice, I eat organic food. In some instances, it costs a bit more, but to me, it’s worth not ingesting fruits and vegetables sprayed with chemicals or meat that’s full of toxins and an unfavorable ratio of omega-6 to omega-3. If forced to choose only a handful of organic items, my suggestion is to stick with organic berries, apples, eggs and most importantly meat. 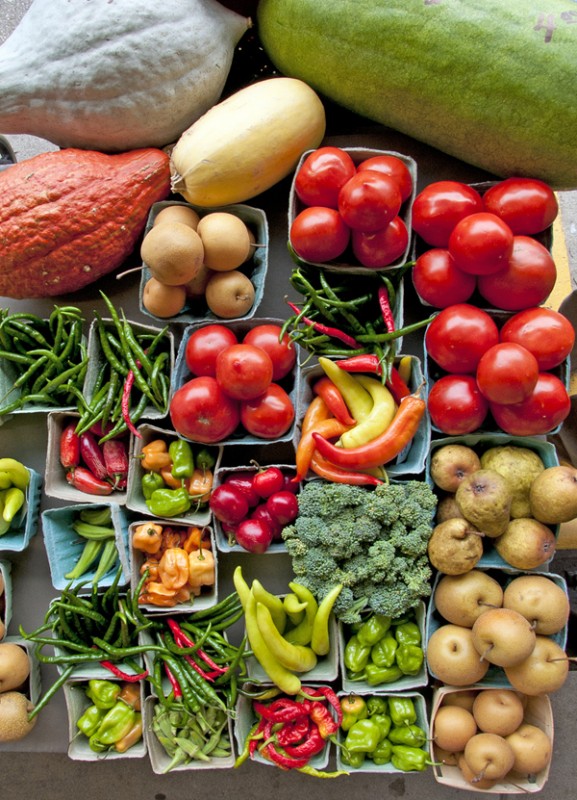 Toxins that don't get expelled from the body in animals or humans often get stored in fat deposits. This is why obese people often get sick if they attempt to quickly lose a large amount of fat. In burning fat, their body releases stored toxins into the bloodstream, which can overload the liver. If toxins are stored in fat, think twice about that rib-eye from a conventionally raised cow. That cow likely got fat on non-organic grain loaded with hormones, pesticides and fertilizers, which were promptly stored in your tasty rib-eye.

I know there is a war raging over this issue, but I simply don’t trust Monsanto or the United States government. For a number of reasons, my hermeneutics of suspicion kicks in whenever I hear the FDA or some other government department creating food consumption guidelines or tolerance levels for chemicals. I distinctly recall the day when hydrogenated oils (think trans saturated fat) were touted as healthy alternatives to saturated fats by the FDA. My feeling is that when we tinker with God’s design, we often end up with undesirable consequences.

Here is the GMO breakdown. Monsanto genetically engineers seed that, when planted, is able to withstand a stronger dose of herbicide (think Roundup) without dying. Who makes Roundup? Monsanto. Therefore, GMO produce is typically higher in the chemical (glyphosate) known for a plethora of chronic diseases. I’ll take my salad without Roundup/glyphosate thank you. Glyphosate is a wonderful herbicide, but it can also decimate healthy gut bacteria, which brings me to my next point.

Over the past year, I’ve become increasingly fascinated with fermented foods. I had always heard about the health benefits of sauerkraut or kimchi but didn’t really delve into the reasons why until my wife began fermenting cabbage at home. Fermented vegetables are high in probiotics and substantially aid gut health. More and more research is coming out regarding the importance of the microflora in our gut, and fermented foods trump any probiotic supplement by a long shot. The key words to look for when purchasing are "live" and "raw." For example, shelf-stable sauerkraut is pasteurized, thus killing all beneficial organisms. Sure, the cabbage is good for you, but it's dead cabbage. 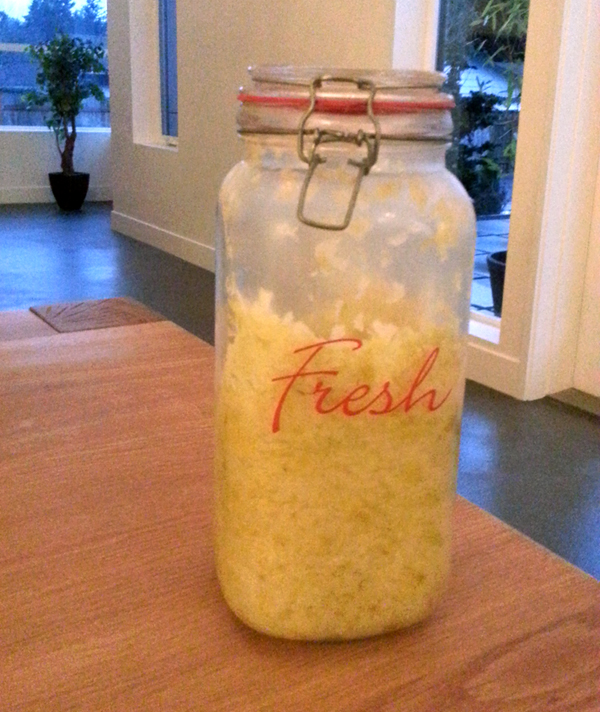 Properly balanced gut flora has been linked to all sorts of health benefits ranging from improved mental health to more favorable body composition. If you can’t stomach sauerkraut, consider drinking kombucha or kefir.

Refined foods are typically laden with chemicals to help those yummy Pop Tarts perform better in the microwave and increase shelf stability. It’s also estimated that added sugars hide in 74 percent of processed foods under more than 60 different names. If you want to lose weight and become healthier; eat whole foods. It’s a sure fire way to avoid chemicals and added sugar. I seriously think it would be nearly impossible to get morbidly obese if you exercised a few times per week and ate nothing but whole foods.

Eat colorful/seasonal foods: Bodybuilders are notorious for monotonous diets. It’s all about the discipline, right? Well, there is something to be said for eating a colorful assortment of fruits and vegetables. It ensures a wider variety of vitamins, minerals and antioxidants. My personal favorites include Italian kale, purple potatoes, red peppers, blueberries and oranges.

One disadvantage of modern agriculture and grocery stores is the ability to eat the same fruits and vegetables year round. I personally think health benefits reside in eating in-season produce. Similar to consuming colorful foods, it ensures a wider variety of nutrients. Consuming what is in season forces you to rotate the fruits and vegetables that you eat throughout the calendar year.

Conclusion and a Cholesterol Footnote

In summary, I favor a diet rich in organic, non-GMO and raw/fermented whole foods that are in-season and vibrant in color. Sugar and refined carbohydrates are the major sources of health issues, not healthy fat or high cholesterol foods as proposed by the mainstream media. Cholesterol only becomes an issue when your body recycles it from the colon instead of expelling it with a diet high in fiber. The aforementioned approach to food consumption helps to ensure that cholesterol never becomes an issue and also sets you up for reduced inflammation and a more favorable body composition.