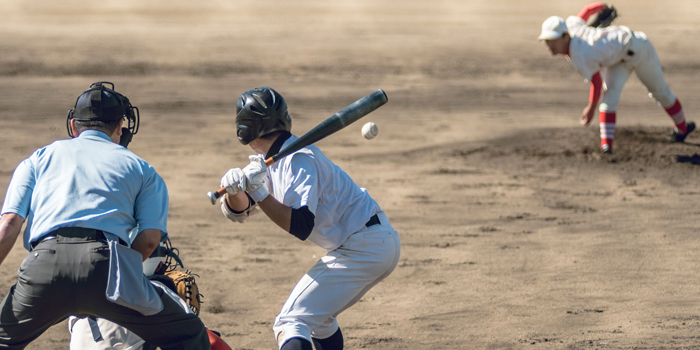 My colleague Dr. Anthony Falco broke down the biomechanics involved in both swinging and throwing in baseball, and the role these movements play in the development of a misaligned pelvis and hip injuries. As such, I have decided to break down the importance of rotational power related to both movements. I am also including in this article a three-exercise progression to not only develop better, more efficient rotational ability but to also build proficiency in weight transfer and additional power development.

The Role of the Core and Thoracic Spine

“The core is essential for generating and transferring force during the powerful and asymmetrical movements that take place in baseball. For the purpose of this discussion we are going to define the core as the abdominals, the erectors (muscles that run parallel to the spine), the pelvic floor, and the hips (the glutes, groin muscles, and hip flexor muscles).

“When throwing a pitch, the core muscles maintain stability of the low back and hips, allowing force generated through the legs to be transferred through the core to shoulder complex and ultimately to the ball. This transfer of force takes place in less than 0.2 seconds! The core is essential to maintaining proper mechanics through all phases of delivering a pitch. Any imbalances in flexibility, strength, or coordination at that high rate of speed can lead to decreased performance and injury.”

With that being said, we must also acknowledge the role of the thoracic spine in conjunction with the core. After force is transferred from the lower half to the upper half and shoulders via the core, the thoracic spine (mid-back), must be able to rotate and the hips able to clear in order to square the body to the target when throwing or the ball when swinging. Lack of rotational power can severely limit velocity potential and swinging power. That is, an extremely strong base at the legs or shoulder may not see full potential utilized if a player cannot rotate at a similar rate.

The Planes of Motion Involved in a Swing or Throw

Many people would state that a pitching delivery or swing is performed in the transverse plane (plane which involves rotation). While that is correct, I like to break down these movements into two phases because there are movements that take place prior to the rotation that occurs. As a result, I like to explain each motion as a frontal plane movement followed by a rotation (transverse plane).

Frontal Plane — The frontal plane divides the body into the anterior (front) and posterior (back). As such, any movements occurring along this divide, or laterally, are performed in this plane.

Loading of Weight and Transfer of Energy Laterally — The frontal component of each movement takes places during the loading and stride (towards home plate as a pitcher or towards the ball as a batter). This is why lateral power is equally important to develop in addition to rotational ability (I will get to this at another time).

Transition to Transverse Plane — For the sake of this article, this is the more important plane to highlight. After weight is transferred from the back leg towards the target via a frontal plane movement, rotation then takes place to square the shoulders and transfer all energy in the desired direction. This rotation takes place as a batter simultaneously brings their hands towards the ball to swing or a pitcher brings their arm around to deliver a pitch. This is where the importance of thoracic rotation ability and power take place.

The following exercises progress from simple thoracic rotational focus, to frontal and transverse movements with a weight transfer, and finally to a more advanced progression that builds excess power prior to the movement.

It is important to do these with your feet perfectly squared so that you experience full thoracic rotation. Start the sledgehammer at your waist with your arms extended and fully rotate around towards one side before bringing your arms back around and rotating back to a squared position while simultaneously slamming the hammer. 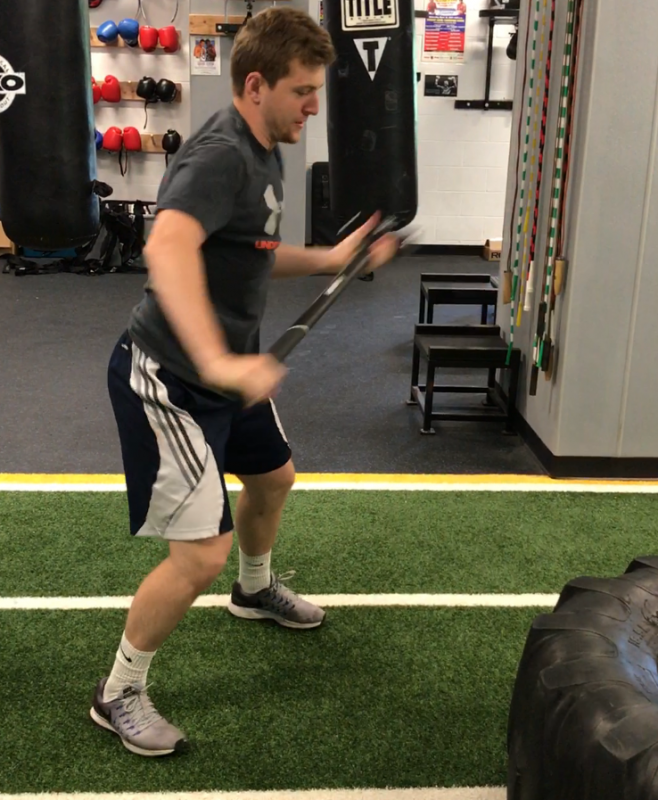 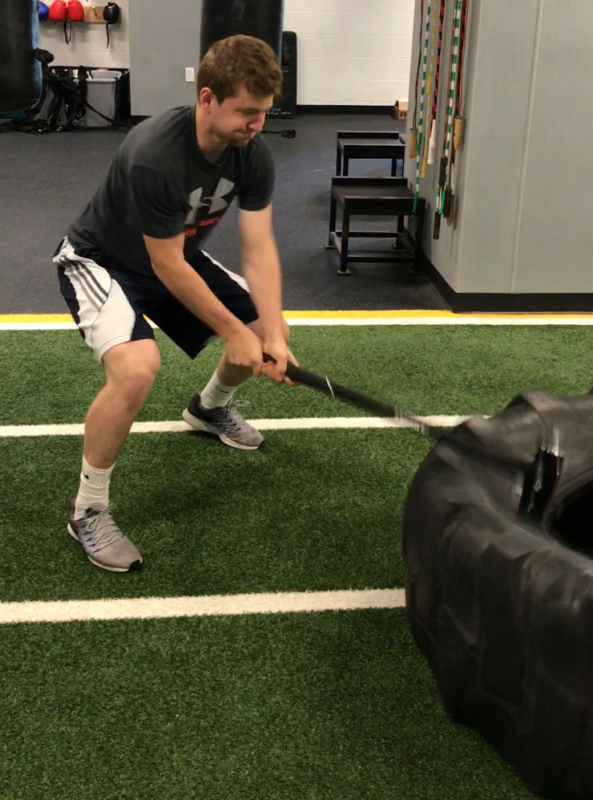 These are performed in a lateral position and involve a front leg to back leg weight shift prior to rotation and slamming. Thus, it involves both planes of movement.

This final progression involves a build of additional power via kinetic energy build up (the forward and backward hop). Perform the traditional figure eight medicine ball slam and include a quick front to back hop prior to rotating and slamming. 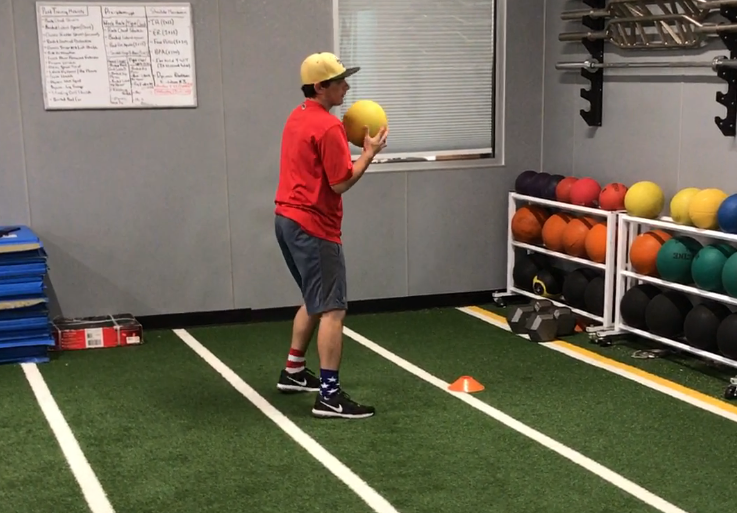 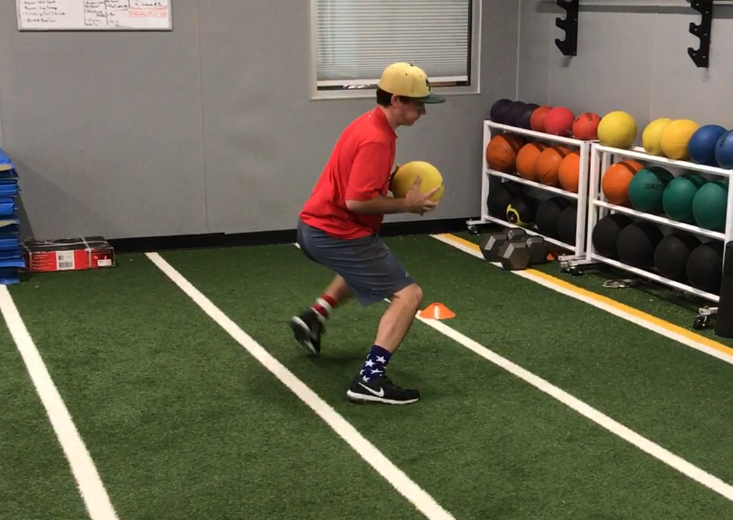 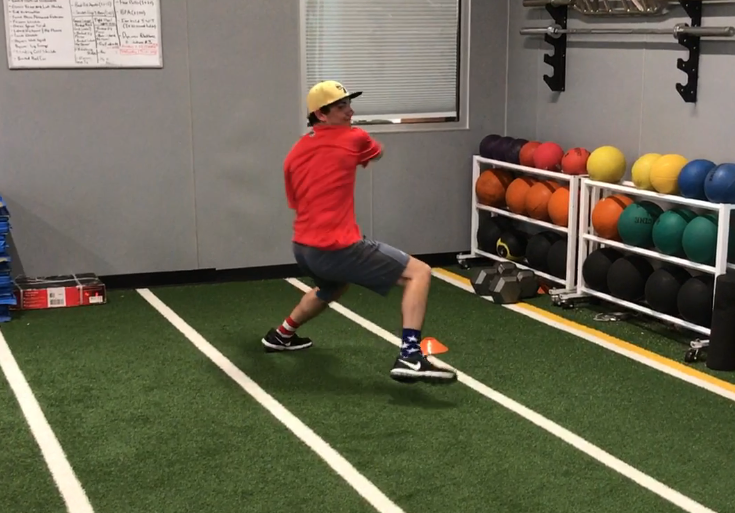 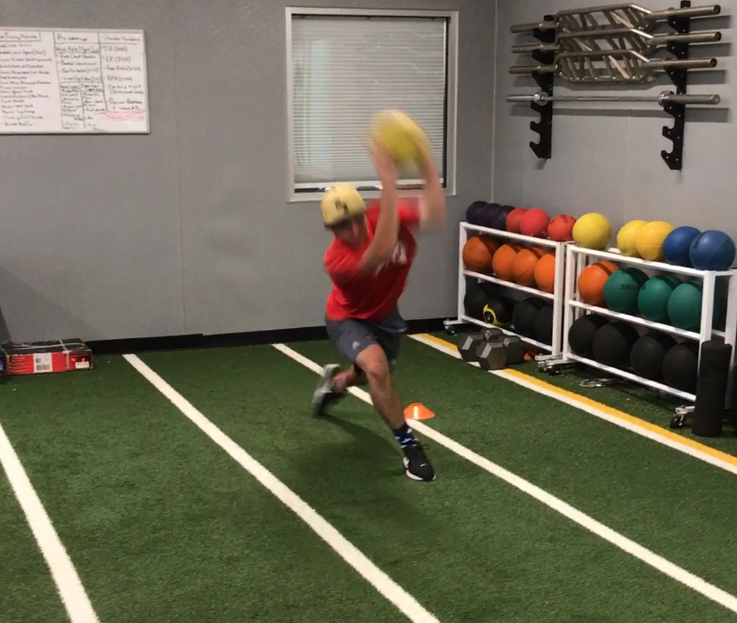 Gerry DeFilippo is the owner and founder of Challenger Strength in Wayne, NJ. He is also a strength coach for the USPHL New Jersey Hitmen, a strength and speed specialist, and a certified physical preparation specialist certified by Joe DeFranco and Jim Smith.  Interested in recovering from a rotationally related injury or developing more rotational power? Stop by one of his two locations in Wayne, New Jersey.