Be Willing to Feel Pain 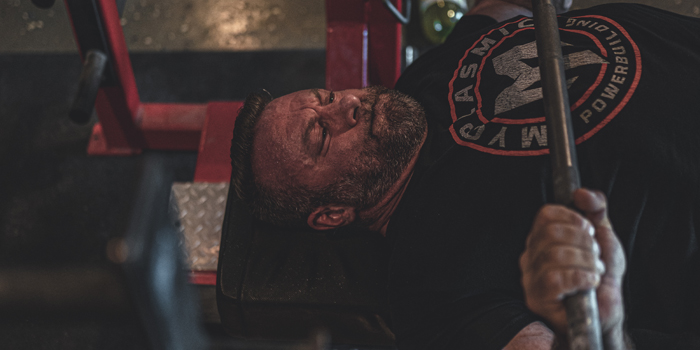 I am enamored of a psychological theory named Acceptance and Commitment Theory (ACT). For me, it has many overlapping ideas with Zen. But here in the Western World, we MUST invent everything...even if it has already been invented!

This reminds me of how the European Conquistadors and Colonizers of what would become America said they had “DISCOVERED” an uninhabited and unknown paradise. Paradise? Maybe. Uninhabited? Only if you discount a few million Indigenous “Indians” or as they called them “savages.” As for discovery, well, that would be like me showing up in your living room and planting my flag and claiming that before I got here, nobody knew about all this...and by the way...NOW IT’S MINE!

If WE didn't come up with it, it just doesn't matter or even exist!  Well, Zen has been around for a few years before even the concept of psychology. But I'll take help from any place it's offered. A rose by any other name would smell as sweet. Z-E-N...A-C-T...who cares?

So these ideas are not so new. They are just what is known as the so-called ”Third Wave” of behavioral therapy in American psychology, after Skinner and CBT. However, it’s not new to the Eastern mind. But there are advantages for us in this fact. First, it has been developed and worded and phrased for consumption by us in the West. We “get it” more because of how it's presented. That's good. We know these words and phrases. I often would bristle at Eastern teachings before repackaging them so I could swallow. These go down easier. The same rose, just not called a rose. The underlying tenet is still there.

Next, it is super hands-on. Sure it's a mental thing, but you DO lots of stuff too. We like action in our world. This does not disappoint. It serves you with plenty to do. Not to just think about. It puts the head and the body to work together.

I could go on, but I won't. I wanted to whet your appetite for exploration of ACT on your own. Here, I’ll give an example of how I have successfully applied it. I think this is a situation that will interest anyone who has really pushed themselves for more. It is a radical re-framing of the experience of pain.

You all know what pain is—no need for elaboration. The pain I am specifically concerned with here is the physical pain of extreme exercise training. But these techniques work for lots of other types of pain. This will NOT take your pain away! If that's what you need, well, maybe morphine. That takes pain away! This helps you DEAL. This is an overall coping strategy with plenty of tactics to use. It doesn't take the pain from you; it gives you a chance to process through it. Let’s go!

ACT One: Feel the Pain and Accept It

Here are the two biggest tenets. ONE: you feel the pain and accept it. You don't try to block it, escape it, or avoid it in any way. You FEEL it. You become WILLING TO ENDURE. This is such a powerful idea that it can not be left behind. WILLINGNESS. In ACT, they say that even no matter what the consequence is, you SUBMIT to the EXPERIENCE of it. It is, after all, your life as it is happening. Why try to escape? You will only fail. You choose to feel what your life is offering at that moment. This frees you from a prison of living in the past or future, remembering the good old days or dreaming of a painless future.

The reason for this first change of attitude is that you can not take ANY ACTION in the past or future. They are inaccessible to you. But the present is pregnant with the opportunity to take action! It exists nowhere else! If you are trapped in the past or consumed by the future, you are missing the chance to DO something. You can only act now. This IS the place to be. Now IS when all action takes place.

This is exactly Zen. Being in the moment and nowhere else. Fully present and aware. Emptiness is NOT NOTHINGNESS! In my opinion, the confusion in translation to English has confounded this. They are not the same, but people have interchanged them. NO! Nothing has zero for you. You do not become nothing, you become empty. 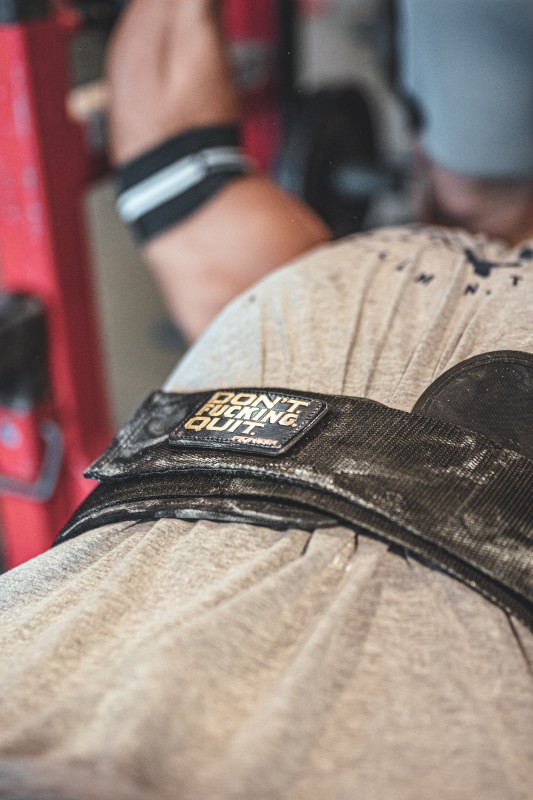 But when you empty your being, you become open to anything that might occur. You make room. If you are full of yourself and your monkey mind, there is no open space to become something. Emptiness is the seed of becoming. Where would you put more of something in the bed of your pickup truck if you have it loaded to max capacity? No room. If it's already full of gravel, you can't move your buddy’s apartment, can you? But you can put anything into an empty truck bed. That's the idea. Briefly. Not nothing, but empty and open, ready to become something.

By accepting your situation, you do not lose to it. You live it. It happens. When it's over, you've beaten it, sort of. You outlast it. And it is yours. Fear of pain actually increases its intensity. They have done the experiments. By accepting the pain, you evaporate the fear. This lessens your discomfort. You now have a sense of choosing this. It’s going to suck, but you will be OK. You take the wheel, so to speak. This is a supremely powerful move. It reminds me of a joke that is off-color but relevant: You can’t rape the willing. You can’t force me if I let you.

When you become willing to feel the pain, fear and dread lessen. Considerably. They have done literally thousands of experiments under all sorts of discomfort. After people accept their situation, their suffering diminishes a good deal. The situation can't hurt you so much because it didn't befall you. You chose to allow it to come to you. And you chose to endure it.

You can learn to submit to pain. Try an ice bath. This is a therapeutic in Sports Medicine. But I hate it with every fiber of my being and body. You get a few big bags of ice from the corner store and fill your bathtub with them in cold water. Fifty degrees will do. Then you get in and submerge your legs for three minutes, then your upper torso to your neck for three. In my opinion, it is hell. It tortures me. I had every reason to do it but was unable to create consistency no matter how good it was for me. This was not so for my spouse. She did it frequently. I mean twice a week or more some heavy training cycles. Good, God! I knew it would help me, but it was soooo painful!

But it is perfect to learn to accept pain and not try to escape. Every second you want to jump out (if you're like me). And you could! Just stand up, and the pain is gone. But what happens if you have pain that does not go away? I did. There was no getting up and walking away. It was always there. This little exercise can teach you some skills for coping with that kind of pain. The whole concept is to be uncomfortable and go through it anyway without much reaction or overreaction. You ABIDE. You will survive. Focus on your permanence and the pain’s temporary nature. Even if it never goes completely away, you create a different relationship with it. It loses power over you. It is not forcing itself on you anymore; you are choosing to remain in it. You ACCEPT IT.

There are less dramatic ways to learn to be in discomfort and not react. A great one is to hold your breath. At a certain point, the only thing you can think of is inhaling. The drive to breathe is primal. But if you practice the submission to being uncomfortable and accept that it will feel bad, you begin to last longer and longer. And longer. I believe the world record is upwards of nine minutes. Two minutes is common. There is a challenge for you!.

Please don't go longer than nine minutes in the ice bath. No hypothermia! At a certain point, you become numb and can go for a long time. That defeats the purpose of the exercise. You want to deal with the pain, not remove it.

ACT Two: Commit to the Pain

The second point to ACT is commitment. For my purposes, it meant a commitment to two things. One, commitment to last through all the pain. A determination that I would make it and not give up or give in. I would “take it.” Secondly, it meant commitment to take any actions that I could find to help me through. This is the “therapy” part and it's out of my wheelhouse to explain it.

I wanted to deal primarily with the discipline and tolerance to pain, more than changing bigger life choices. I'm not really educated enough to go into this part. But it is what you do during and after the pain. And it is important. But for weightlifting, the above is plenty to get started in diminishing your pain experience by acceptance and willingness. It will make you stronger as a person as well.

This ties into willpower, discipline, fortitude, and by God, general TOUGHNESS. It is a bit counter-intuitive. To lessen the pain you don't try to lessen it or avoid it or even remove it. YOU FEEL IT...by choice. You live through it. You outlast it and you survive it. The pain is the same, but you are different. You are as tough as nails.

It was amazing to me what a tiny flip of a switch in my mind was able to do for my toughness. It was almost too easy. Not really, of course, but it is almost immediate and all it took was a choice and a commitment to endure.

This is in no way for everyone. Maybe this does not apply to you. But it was a treasure for me. I'm still learning about it and working on it. The only way to know for yourself is to dive in. It is easiest to engage in the weight room with the lactic acid burn. Some long, long isometric holds can be employed to explore this. Or high rep sets. Anything, really, that pushes you long and hard and hurts!

The ultimate payoff for this is to be able to get a few extra reps when you normally would quit. This is certainly anti-quit training. Learning to be uncomfortable and not stop or run away is priceless in hard training. If you can build it up, you can train harder, longer, and more. All the while feeling like there is less pain. The most productive reps are the hardest ones that cost the most and hurt like hell.

This is no trick. It is an actual treatment. I admit that I am borrowing it and skewing it and bastardizing it for the purposes of weightlifting. Maybe it doesn't really belong here. But can you afford to miss out on something that might lessen your pain even a fraction? If you have pain like I do the unequivocal answer is NO! This really helps me. If it does little for you, I'm sorry. There is no panacea for pain. She is a harsh mistress. But if you practice it, and delve deeper into ACT, I am certain that you will discover many things about yourself. And that is well worth the experiment. It might just be the best thing.