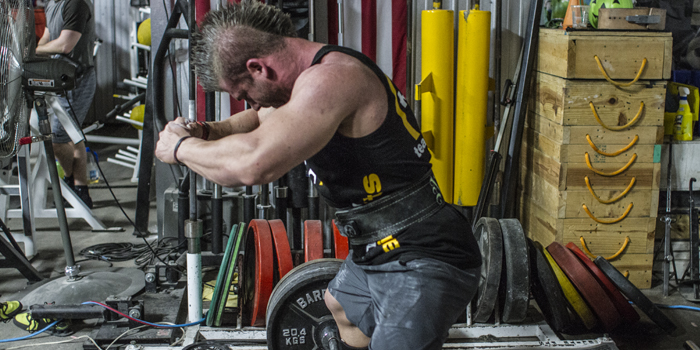 It’s safe to say that in the past few years, a conjugate style of training has not exactly been the most popular training among raw powerlifting circles. From one observing the trends subjectively, you might have observed that there was initially a rally back to block periodized training, followed by various phases of flavor-of-the-month programs that went in and out of fashion constantly. Daily Undulating Periodization (DUP) was one that stuck around, however. And as a coach, it piqued my interest because, even though they had their differences, its base principles seemed to hold so much in common to the conjugate/concurrent style of programming that I had grown so fond of over the years.

WATCH: Auto-Regulation vs Percentage-Based Programming for the Off-Season

To define the terms in question here, concurrent periodization isn’t specific to conjugate as it was trained at Westside or even within the scope of powerlifting alone. It simply refers to a style of programming which involves the development of multiple training qualities simultaneously. For a strength athlete, these qualities might be hypertrophy, speed-strength, and absolute strength/output. For an endurance athlete, they might look vastly different.

DUP, on the other hand, is relatively new, with recorded use at this point being almost exclusively in powerlifting, particularly for raw lifters. And with some notable competitors in the space touting its superiority over linear methods, it was quickly adopted by many reaction lifters and has even been studied in the literature to a decent extent. On that note, let’s refer to a research review by Jimenez for our definition:

“The Non-Linear Model enables variation in intensity and volume within each seven to 10 day cycle by rotating different protocols to train various components of the neuromuscular system." 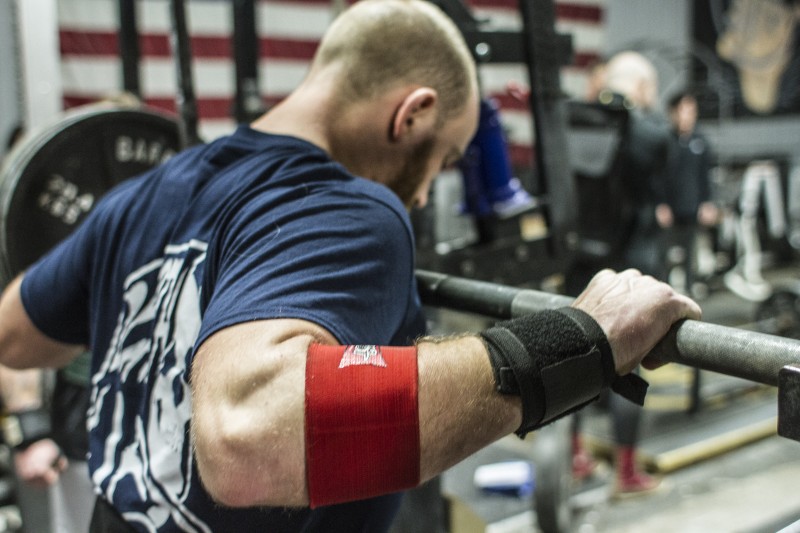 The similarities become even more uncanny when taking a short look at a paper comparing a “modified” DUP protocol in which three training days a week are divided into a hypertrophy day, followed by a power/speed-focused day, followed by a heavy day (HPS protocol), rather than when the speed day is set at the end of the week (HSP protocol). In said study, HPS exhibited greater increases in strength across the board. 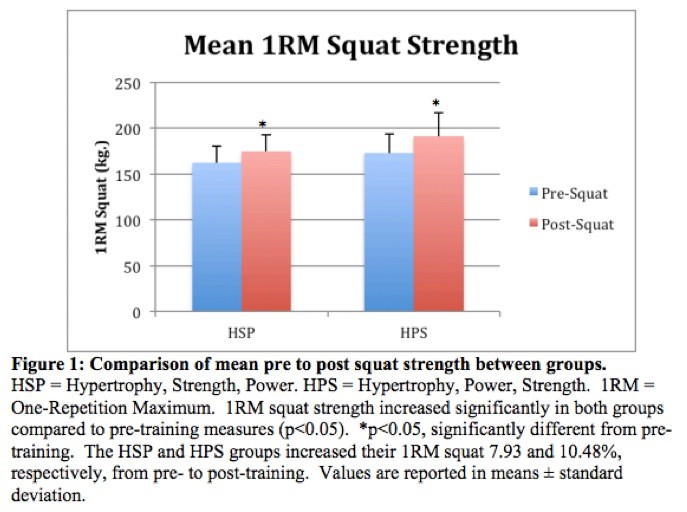 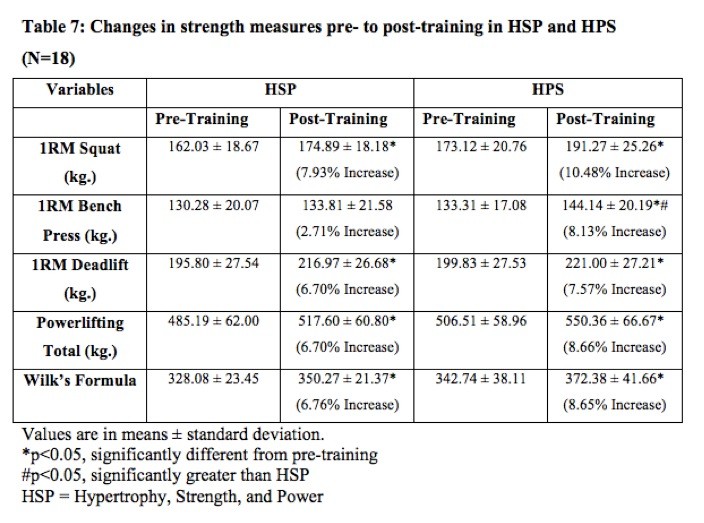 Now, where else have you heard of the use of speed work mid-week prior to a max effort or heavy day? This brings us back to the beginning of this analysis. While raw powerlifting circles have been discrediting the merits of a concurrent approach to training, many have been using a program that is congruent with the very principles that conjugate is based on. In many ways, DUP is the conjugate system structured to be better adapted to the needs of the raw lifter, due to the inherent differences between the two sports. These are small things that, in this case, really do make all the difference. Starting with…

Commonly-used DUP protocols take a much more specific approach to meet prep than conjugate is generally known to. And in my case, this is something I personally do agree with. Box squats, which might have better carryover to suited squatters due to the altered strength curve caused by the gear, are removed in preference of free squats to competition depth. Accessory movements are also, in most cases, tailored to develop speed from the bottom of each of the movements rather than at the top end. There are exceptions to this rule, of course, but this is due to the simple fact that the enormous majority of raw lifters miss their lifts right out of the hole in the squat, just off their chest in the bench, and just off the floor in the deadlift, therefore necessitating accessory movements better tailored to these needs. This means pause squats instead of box squats, deficit deadlifts instead of rack pulls, etc. You get the idea.

A greater proportion of training volume is also dedicated to the deadlift due to the fact that in raw competition the deadlift makes up a significantly higher proportion of one’s total than it would in geared competition, simply because the gear helps out a hell of a lot more in the squat and bench than it does in the deadlift. You will likely never see me program almost no deadlifts until competition day for any of my raw lifters, but for a lifter competing in gear whose squat and deadlift have a much higher chance of winning them the competition than their deadlift will, that training volume just might be better used on the former rather than the latter. 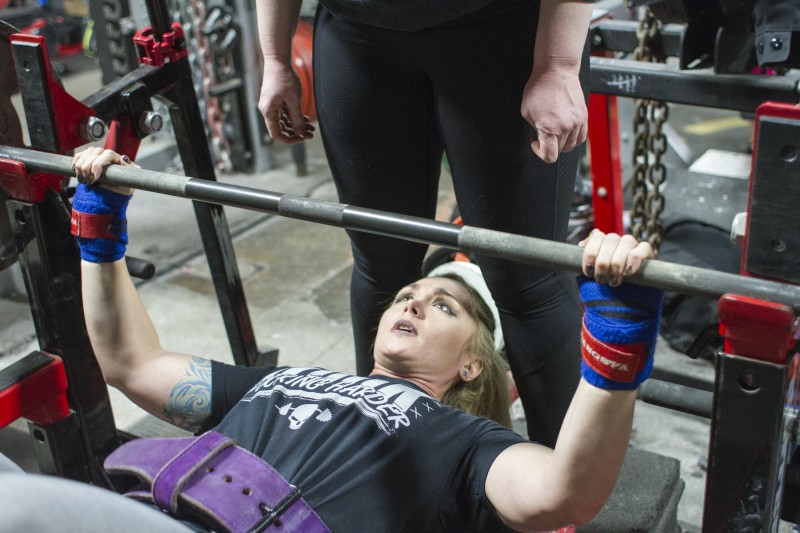 One of the biggest advantages that DUP shares with conjugate, but not linear or block protocols, is superior fatigue management within each microcycle. This means that those “power” days don’t just work to reinforce good movement patterns and build speed, but also have a much lower fatigue cost than either of the other two days of training. The result is far less physiological fatigue than the hypertrophy/high-volume day, and far less neurological fatigue than the heavy/max effort day. This mid-week break of sorts makes it much more likely for the lifter to continue making progress, while also reducing the rate at which chronic fatigue builds. Now, don’t get me wrong, you will have to deload the athlete eventually. But it might be after 10-12 weeks of solid progress instead of every six weeks.

Just because you introduce variation within a training cycle doesn’t mean that you can’t manipulate volume and intensity on a more macro scale as well. You just need to have a set plan in place based on the specific lifter’s competition schedule and level of readiness.

For the sake of example, let’s take an athlete exactly six months away from their first meet of the year, coming to you in the middle of their off-season. Here’s what your rep-range and volume prescriptions might look like for the following six months… 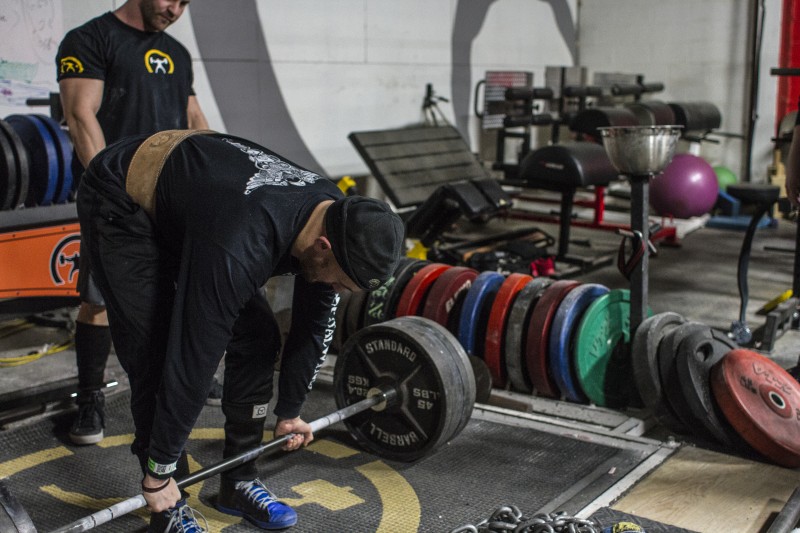 When it comes down to it, the old Charles Poliquin quote of there being nothing new in strength training in the past 100 years really is true. It's just the same stuff talked about by different people using different words. Many of the concepts remain the same. Louie studied decades-old Russian training manuals and popularized concurrent training at a time when the world of powerlifting was ripe for it. Now times have changed, and the same principles have been adapted and labeled appropriately for the current, predominantly raw state of the sport. All we can do as coaches is keep the basic principles in mind, so we can stop quibbling over semantics and do what we signed up to do: get our athletes strong.

Vid is the Sri Lankan-born New Jersey-raised founder and Head Coach at Bootstrap Barbell, an online strength coaching consultancy for serious lifters. Along with a formal medical education (Bachelor of Medicine Bachelor of Surgery/MBBS) from Newcastle University UK, he has accumulated nearly a decade under the bar with both his own training, along with extensive experience coaching powerlifters and Olympic weightlifters up to the international level, in addition to athletes from a multitude of backgrounds including combat sports, rugby, and archery. You might also hear him trying to improve his practice further by learning from the best coaches and athletes in the world as the host of StrongCast Radio.