Down with the Decline? 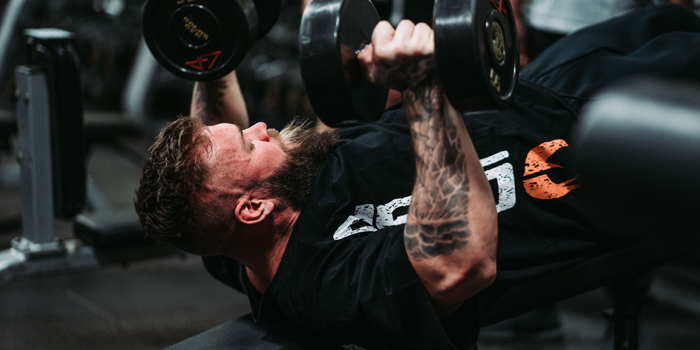 Training the pecs can be a finicky endeavor. Like every other muscle group, proper execution will lead to adequate stimulation, and from there, adequate adaptation. But with so much variance in anthropometrics, sizes, and shapes, it can be hard to know the most effective way to challenge particular parts of the pec, without calling on synergists like the triceps and deltoids to complete the task.

NOTE: There is no inner pec. I’ve cut upon a ton of dead bodies, and at no point have I stumbled across pectus internus muscles.

The middle pec or sternal head attaches onto the costochondral cartilage of your sternum. Given the length of the sternum, the fan-shaped orientation of the muscles offers a wide variety of fiber orientations.

In the simplest form, this above state sentiment is the goal of resistance training. Especially when it comes to aesthetics and size, it seems like an easy enough task, however, the pec can offer up a whole heap of compilations that make this endeavor somewhat tricky for certain fibers of the pec.

The lower pec fiber, especially which begins to adopt a much more vertical orientation, can be tricky and sometimes risky to train.

DISCLAIMER: There are given aspects of your morphology that will change which relative angles of the humerus challenge which particular parts of the pec fibers. So don’t think its a one size fits all approach.

That being said, if you decide to embark on the decline press, for whatever reason, regardless of whether or not the pursuit is to target these particular fibers of the pec, you may want to consider alternate options.

The Trouble with Decline Press

When we examine movement at the shoulder we usually just consider flexion/extension, internal/external rotation, and abduction/adduction. But there are two contrasting movements that need to be kept in balance, and those two are superior translation and glenohumeral depression.
Glenohuneral depression is essentially shoulder “distraction” —the ball moving away from the socket of the shoulder.

And Glenohumeral superior translation, which is essentially the ball moving towards to socket of the shoulder.

If we consider how load is applied when our shoulder is in the decline position, there is a heavy amount of stress through the axis and movement of superior translation of the humerus into the scapula.

Superior translation of the shoulder is something that is commonly associated with pain and “tightness” at the shoulder. It's often due to the overdominance of muscles like the pecs when compared to the stability of the rotator cuff—made worse by the fact that decline pressing, especially barbell variation, is done under heavier loads as a by-product of shorter ranges of motion.

Simply put, the further the decline, more undue stress applies to the shoulder under heavy loads, heavy loads that are made possible due to the decline position. It can turn out to be a vicious cycle.

But what's a meathead to do? Not challenge the decline position, and perhaps miss out on these potential gains across these unchartered muscle fibers?

Fear not, although the decline barbell press might not be a tenable long term solution, the decline dumbbell power fly can be a great way to optimize training at this relative angle of shoulder flexion.

The dumbbell will immediately load less stress in superior translation through the shoulder joint and the fly motion will create more distance, therefore further reducing load.

The power fly is a lost art and requires a skillful increase of elbow flexion to accommodate the loss of potential strength output in the increasing position of muscle lengthening, which occurs in increasing angle of shoulder extension.

Barbells can be effective means of loading in other more sustainable angles of the shoulder when attempting to train the pecs. Still, in the interest of load regulation and fatigue management, we should consider the cost/benefit ratio loading certain mediums in certain positions.

This concept was inspired by Josh Ford of Thrive Performance and Fitness Center in Odenton, Maryland. Surround yourself with great people. Cheers, Josh!