Dropping Weight as a Powerlifter 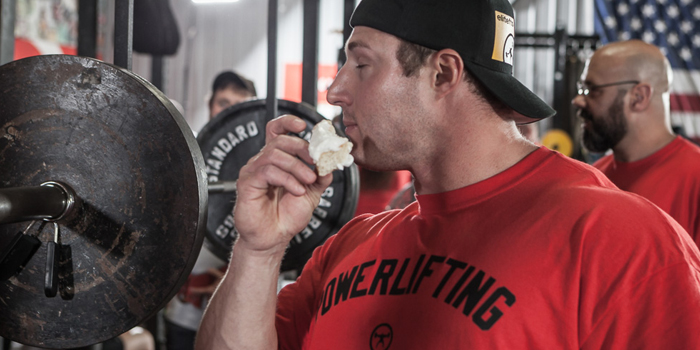 Over the course of my powerlifting career, I have lifted in six weight classes. Starting out light in the 165s and growing to the 242s with a brief stint at 275. On the way up, I pretty much skipped 220 altogether and went right to 242. I spent a lot of time at 242, lifting there starting in 2011, and staying up there until 2018. Since 2018, I have dropped two weight classes and am giving the 198s another go.

This isn’t an article outlining how to drop the bodyweight. Many of my teammates are far more qualified to teach you how to do that. I didn’t do it on my own; I hired a diet coach and did exactly what I was told for a long time, learned a bunch, and continued to do what he taught me, albeit in a modified form now. What I do want to talk about is the mindset and dealing with all of the change that is to come when dropping a lot of weight.

You are probably going to get weaker for awhile.

I took an aggressive approach to my weight loss and knew that I would lose some strength along the way. It wasn’t easy to deal with; I know I had some hard moments where I missed being much bigger and stronger. The worst was at the Arnold XPC meet in 2019. I was there helping a friend in the warm-up room and realized that just a year prior I had been there and had been moving some of the biggest weights of the day. It was frustrating to be back, rebuilding from weight loss and watching these guys get ready for competition.

I had to make some changes to manage my mindset and to stay the course. I needed to lose the weight for my own health and needed to find a way to keep on that path. 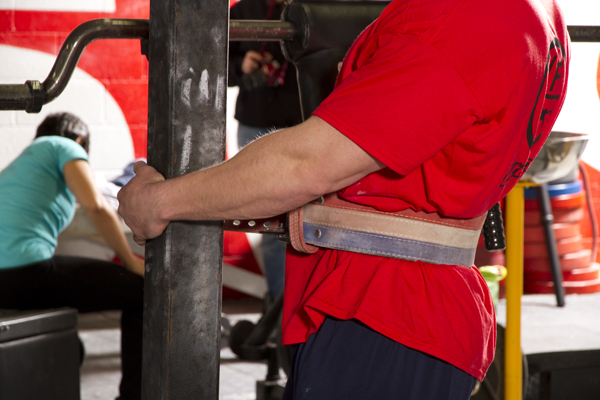 The first was to change the way I trained entirely for a period of time. I knew I would eventually come back to powerlifting and would compete at a lighter weight class, but I didn’t want to train like a powerlifter while I was in the most aggressive phases of the weight loss. If I had kept with a traditional powerlifting program, I would have watched the numbers slowly tick down, and I really believe this would have changed my mind.

So, I became a fake bodybuilder for a few months. It was very much a “bro” split-training style and ended up being a lot more fun than I would have imagined. I still trained the powerlifts, just with a much higher volume, different tempos, drop sets, and so on. I found a different way to be strong. I think this is critical for the powerlifter who is losing weight. It doesn’t have to be bodybuilding, but you have to get out of your own head for a while and not get caught up in the idea of being weak. Go find this training style, whatever it is, while you are dropping weight.

RELATED: From Meathead to Streethead

The second important thing for me was to find some new goals to go and get. I’m a very competitive person; I like to have a specific event that I am training for. So, I picked running a 5k race. Not exactly a huge goal, right? Lots of people run 5ks. But even when I was playing football, I never ran more than the sprints that we were required to do. Having the race day on my calendar and knowing that I had to go get it done on that day forced me to push myself and instilled another layer of discipline. I had no illusions about winning the race or even running it fast. All I wanted to do was run the whole thing and never drop my pace to a walk. For a guy who hadn’t run in nearly a decade, this meant that I had to train for it, and I needed to be focused on it. I wasn’t worried about how much I could squat or bench; I was worried about having to walk with the little old ladies during that race. Pick out this goal for yourself - the 5k thing is an easy one that takes no talent and little money, and figuring out how to train for it is stupid easy. Especially for the competitive person, pick a goal that has a defined end date, a “competition” day of sorts.

Finally, the first meet back, I didn’t compete the same way I did in the heavier weight classes. I had been lifting multi-ply and could have spent the money to re-equip my smaller body and do an equipped meet at 198. I knew that was a bad idea. I would be comparing myself too much with what I was capable of weighing - almost 50 pounds more. So, I decided to do a USPA meet, raw with knee wraps. I hadn’t walked out of a competition squat in years. I knew that the judging would be stricter than I was used to. I didn’t have a set of personal records to compare myself with, so it was a fresh start. I needed that fresh start badly. Powerlifting makes this really easy. Drop a couple of weight classes? No problem - either add or subtract layers of equipment. Maybe this means lifting in knee sleeves and walking out squats, and maybe it means trying single-ply or using a monolift. Regardless, having not only a new weight class but also a new division to lift in will prevent you from comparing the new normal to what you did in years past.

For me, the physical mechanics of losing weight was easy. I had spent years eating like crap, doing zero cardio, and trying to be much heavier than I should have been. For the most part, fixing that physically was pretty easy. Simple dietary changes, some cardio, and a faster pace at the gym, in general, made losing weight relatively simple. The much more difficult part was dealing with the psychological challenge of losing strength, changing weight classes, and becoming a different kind of lifter. It was absolutely worth it (both my wife and physician agree), but without a change of perspective, I don’t think I would have made the change to where I am now. Don’t just fix your diet; fix your mindset, too.