How to Build a Mesocycle 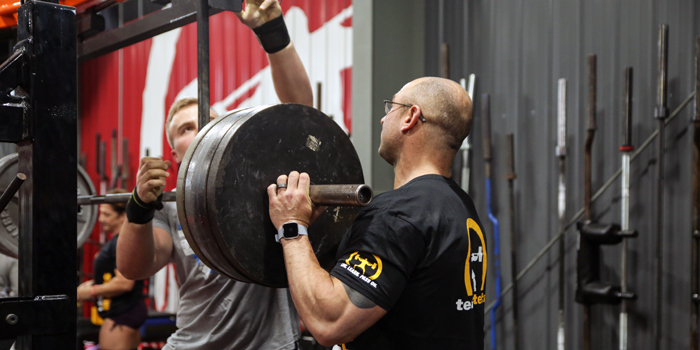 When planning a trip, you have to take the time to map out the route you want to take that will get you to the destination in the fastest time possible — or, if you are like me, the most scenic route possible. But the fact remains that if you want to get somewhere, you have to know what path to take.

Training is no exception to the rule, but thinking of training in a year-long macrocycle can be a bit daunting, so I wanted to make things a little easier on you and just help you understand how to build out a mesocycle or training block or however you want to word it.

When planning out a mesocycle, which can be any length of time but is typically four to six weeks, you have to understand the basic principle of progressive overload and take into consideration your maximum ability to recover from the volume. Of course, each mesocycle will look different in terms of overall volume or exercise selection, and that is going to be based on what time of the year it is in your training. If you are closer to the meet, it will look different than if you were 20 weeks out. But that is another topic for another article.

The basic premise of building out a mesocycle pretty much stays the same with the exception of the peak and taper: you start off easy, and you work your way to something hard by the end of it. 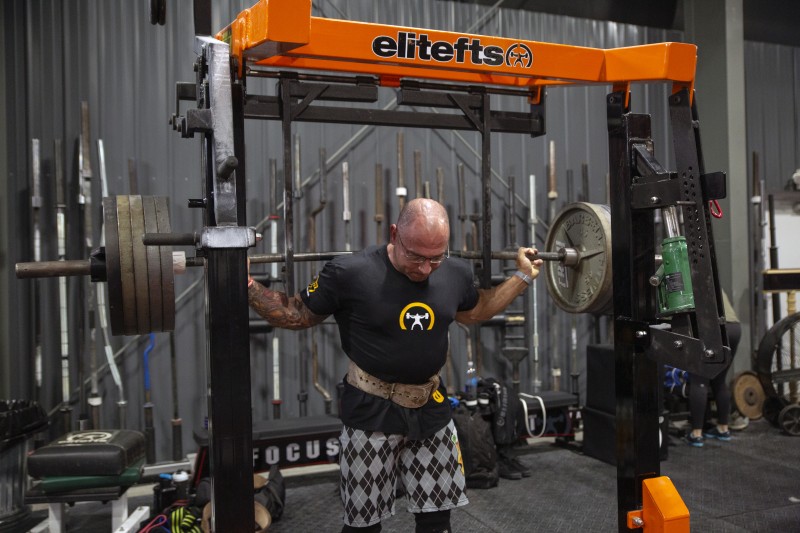 If you jump out of the gate with a ton of volume, you have to think to yourself, “How do I progress from here?” You always have to leave room for improvement from a week-to-week perspective. An easy example of this is starting off Week 1 with squats for three sets of six reps at 70 percent — pretty easy, I know. Week 2 would progress in three ways depending on your goal of your mesocycle, which is extremely important to figure out before you write it out. You can either increase the load from 70 percent to, say, 75 percent and keep the reps and set the same, or you can increase the reps from six to eight, or you can increase the sets from three to four.

This is a very basic approach to progressive overload within an exercise selection that not only makes sense in terms of week-to-week growth, but by the end, it pushes the RPE to a very high point, which will make it the hardest week of the mesocycle before a deload.

A basic progression like this can take you a very long way, so don’t try to overcomplicate it because that’s what we are good at doing.

Now that you have a basic understanding of progression and the overload principle, we have to take a look at what to do with all of the other exercises in our plan. It seems like the research shows training each lift or body part two times a week seems to be the sweet spot and within that context, the lowest side to grow for overall work is around 12 to 14 working sets per body part.

So, we have the training frequency, and we have the lowest possible amount of work that will still elicit growth. We now have what Week 1 of the plan will look like. Let’s stick with the squat example. We did three sets of six reps at 70 percent, which gives us three working sets for quads, hamstrings, and glutes.

We now have to build out nine to eleven more sets within that week to hit our low-end threshold. Since we need to squat two times per week, let’s add in another squat progression that we can build on: three sets of eight reps at 65 percent. 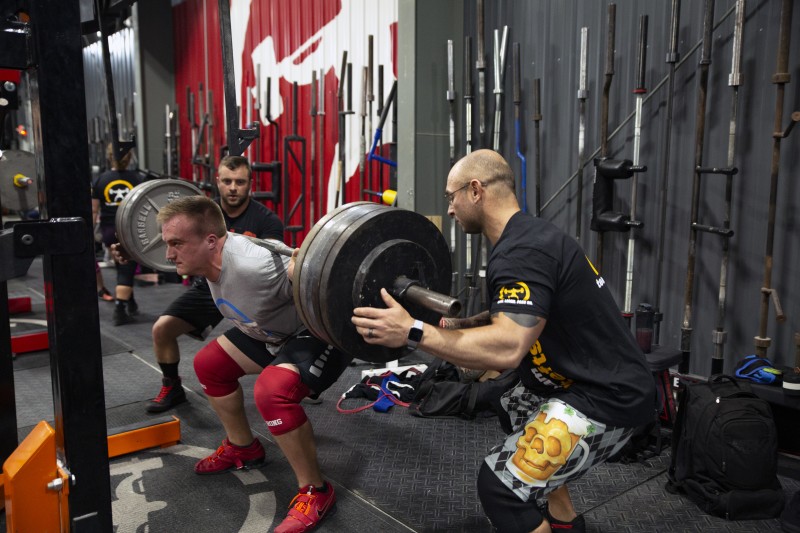 We have half of the work done for the week. Add in a few more exercises, and we are there. Three sets of ten lunges with a more quad-dominant step will now take our quad work up to nine working sets, and we can finish things off with four sets of fifteen leg extensions to give us 13 total working sets for quads.

Once you break things down in this manner, it is easy to see what to add and how to add it. The progression from Week 1 to Week 2 would look like 13 working sets to 15 to 16 working sets on up to Week 4, hitting the top of the volume chart at 20 to 22 working sets.

Another thing to note when building out a mesocycle is exercise variation. Some people feel that switching up the exercises constantly will allow for greater adaption to be made because you get a new stimulus each time. What they don't consider is the fact that you can continue on with the same exercise and keep the stimulus high, and also, as you get better at the lift, you will be able to recruit more and more motor units each time you perform the exercise.

Studies show that you can continue to progress and get a stimulus out of an exercise for three to four sessions and maybe even more depending on your training age. So that means on Week 1, as you are learning the exercise, you will get some adaption out of it; on Week 2, you get a little better at it, so you can recruit a bit more motor units; and by Weeks 3 and 4, you have a good handle on the technique of the lift, and you can really push it and get the most out of it. If you are constantly varying your exercises, you won't come close to tapping into those upper threshold motor units that can really add size and strength.

Always keep in mind that each individual will have their own threshold to reach, but starting them off with a basic approach like this will allow you to gauge things a lot better instead of just burying them right off the bat. You have to build up each week.

I think if you can understand that basic concept, you can build a pretty successful program, even if it looks basic and easy. Once you learn to push yourself, you don’t need much to grow and get stronger; you just have to do a little bit more each time.

I hope this has helped show you the way to building out your own program in a thoughtful way and will help you and your athletes continue to grow within the sport.