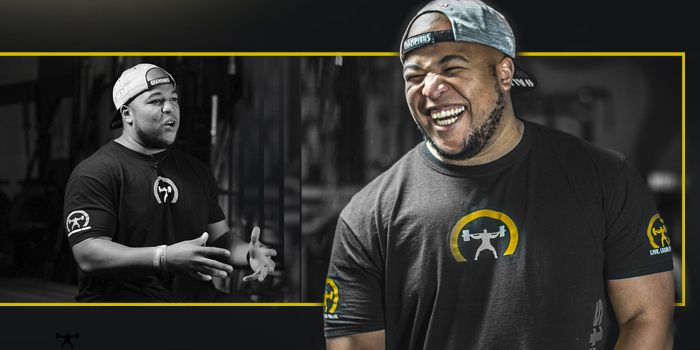 I had a long conversation the other day in response to a tweet (like everything nowadays). I had posted about what I believe are tools for a successful program. My mindset is based on relationship development. To me, programming, although important, takes a back seat to leadership development (both my own, my athletes’, and my staff’s), accountability, and, most importantly, the empowerment of those whom I serve. However, I was asked the following question: “How do we legitimize ourselves if we don’t focus on bettering our programming as an industry?” I was asked this question after stating that programming is irrelevant. I can understand the confusion this caused. It was a bold statement I made. How can programming be irrelevant? The person who responded to me was so vehement about programming being a major factor in our jobs that it made me wonder, are there others with this same mindset?

I don’t care about people having opinions regarding what makes their jobs important, or their why’s. If you want to be seen as the next Tudor Bompa, then more power to you. It’s not my responsibility to define your reality. Nor do I care to. But I will give my two cents and delve into the deeper meaning because 1) It makes a great article, and 2) I think it’s important for the younger coaches to realize that PROGRAMMING BECOMES IRRELEVANT AT A CERTAIN POINT IN YOUR CAREER. It's the law of diminishing returns. When you are a worse coach and a better programmer, that's when programming needs to become irrelevant to you because it's destroying your chances of making an impact in this field. Sure, it's great to have a good “why” behind your X's and O's, but gosh dawg, that can't be all you have. At some point, you have to be a human. And if you sit there and say, "I spend most of my time programming, and I still am able to build great relationships," you're lying not only to yourself but also to whomever you're selling that snake oil to. I've witnessed many coaches miss out on personal and professional growth because they were so busy hiding behind a smokescreen of "legitimacy." Whose validation are you seeking? Why do you seek it? Did you forget about your athletes in your search for the golden program?

I believe in my capabilities, and I’ve programmed for almost every team you can think of (even rifle). I’ve failed, I’ve had successful programs, I know my why, and I have an organic system that is adaptable to every situation. I’ve dealt with plenty of modified athletes, and I’ve dealt with my fair share of injured athletes. I have trained pro baseball players, pro football players, guys preparing for the NFL combine, high school athletes, weekend warriors, private sector athletes, Super Bowl champions, and a handful of draft picks (both football and baseball). I do not say this to brag or to claim my athletes’ success as my own. Rather, I use this statement to illustrate a point. Unless I have to start training Martians, there are no situations I don’t feel 100 percent confident in my ability to write a successful program for. I still have to read, grow, and research, which I do a bunch of, but I don’t have to spend the same amount of time growing my programming knowledge as I did when I was a 20- to 21-year-old newcomer. I’ve programmed for eight years, and I am entering only my second year of being a director. So, 90 percent of my time is focused on developing myself as a better leader. The abilities to lead and develop leaders are skills that need to be honed more than any other at this point.

The main reason I think programming becomes irrelevant is because what you do with your athletes…has nothing to do with mine. I have learned a lot of stuff from talking shop with other strength coaches, and if anyone has met me, he or she knows that I have the gift of gab. But if I bold-face take what you do, based off of a tweet that I saw you post, and automatically start using it with my athletes, that is dumb. I have to do my research, try it out, and play with it a little bit first. Eric Cressey could tell me something I should be doing with baseball, and I would take time to try it out myself, research it, and see if it fit. If it didn’t fit in my current block, well, I’d wait and try it out at a different time. Or, if it didn’t fit any of my athletes, I wouldn’t do it. I don’t care. What my athletes need and what someone else thinks they need are two totally different things. That doesn’t mean that I can’t learn from anyone else. I love talking shop. But I also don’t go full cultist mode every time someone is doing something that I’m not.

The real problem is not saying that programming is irrelevant. The biggest problem is that we sit there and argue on Twitter to make ourselves relevant. The last time I checked, there are places that squat, don’t squat, wicket run, don’t wicket run, Olympic lift, Conjugate, Triphasic, unilateral, bilateral, and whatever else…BUT ALL OF THEIR ATHLETES SEEM TO DEVELOP. How is that humanly possible when Strength Coach A said, “The unilateral squat is a must,” Strength Coach B said, “Velocity-based training is a must,” and Strength Coach C said, “Don’t load—just work on breathing and yoga”? You know why we aren’t respected as a profession? We tear each other down about irrelevant things. When I was a strength coach in NY, I was a part of the teacher’s union. Great benefits, great everything. Almost impossible to get fired. Why haven’t we started a union? Why don’t we argue about that? That would be relevant. Or, why don’t we talk more about leadership and developing leaders in our industry? That would be relevant.

I don’t think that having opinions is a bad thing. This isn’t a communist country, so we’re lawfully allowed to have them. But I also think that arguing on Twitter is literally a waste of time and energy. I’m sure I’ve done it before, but I try to stay away from “Twitter beefs.” There are many more valuable ways that I can spend my time other than tweeting about something that doesn’t matter.  Not that I am above anything, but let me give you a real-life scenario. An upset athlete comes into the weight room wanting to see me. I’m at my desk looking down on my phone during a Twitter beef, and the athlete takes that as my being preoccupied. In that instance, he decides not to come to talk to me, and I miss out on a meaningful conversation for an irrelevant one. Let’s spend more time developing our athletes and less time developing our egos.