The Price is Right — Or is it?

“The grass is always greener.”

We hear this all the time and dismiss it just as frequently without giving it much thought. However, when you have the time to really think about what this statement means (when you aren’t training, prepping meals, tanning, doing cardio, etc.), you realize just how true it is.

As bodybuilders, we are usually running non-stop from the time we get up until the time we go to bed, not allowing for any time to really notice or contemplate how much time we are spending on all things bodybuilding. It’s a race against the clock to get just this one thing done so we can get to the next thing on our list of endless things.

Because I have been out of the gym the past four weeks and doing absolutely nothing bodybuilding related at all, I have had some downtime — that precious time we long for when there seems to be no time to get everything done. I have days where I think to myself, “Don’t I have something else that needs to be done?” At other times, I am thinking, “I swear there was something else I was supposed to do.” And at least a few times after asking myself these questions, I think, “What do people do who don’t work out or compete, because I seem to have a LOT of time on my hands right now.” 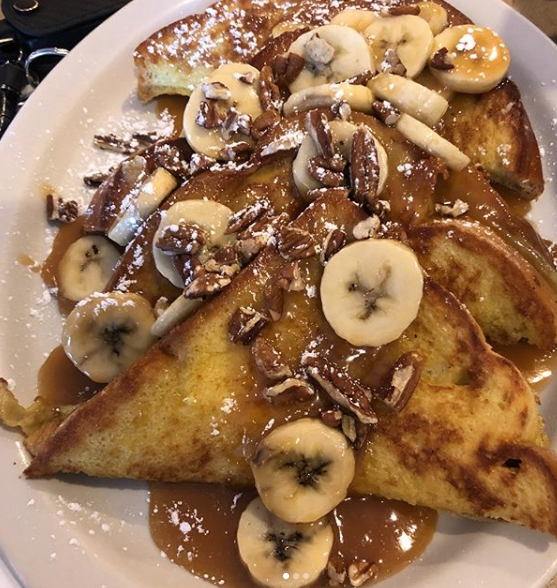 This would be a Skipload if I was actually training.

Most people, when given the opportunity, like to run on about how busy they are and how they have no time to do anything they want to do or to get everything done that they need to get done in a day. Bodybuilders do it. When I had a “real” job, my co-workers did it. Kids who are going to college do it. Mothers do it, claiming they have “X” amount of kids. Almost everyone does it. However, I am quite confident that bodybuilders — and especially competitive bodybuilders — actually DO NOT have much time on their hands outside of their “lifestyle” to do other things.

I have been training for more than 34 years and competing for more than 25 years. On the rare occasion that I take a break from the gym (a significant break, not just a few days or a week), it doesn’t take long before I realize how much time I have on my hands. Now, I’m not complaining because I get a lot more accomplished and my kids almost look at me like, “What gives, Dad? We are going out to eat AGAIN?” It is during these breaks from the gym that I know the average person is full of shit when he or she says that he or she doesn’t have time to go to the gym. People have PLENTY of time.  Sure, they have laundry to get done, dinners to make, kid sports to watch, errands to run, and everything else that we as bodybuilders ALSO have to get done. Those things don’t count because we ALL have to do those things. If “vanillas” (label I am using for people who don’t work out, even though this label is usually used by swingers as a label for non-swingers, but I digress) could come up with SOMETHING that they do that sucks up all of their time and that I don’t also have to do, I might understand their lack of time. However, it is incredibly uncommon in my 48 years to hear someone mention a legitimate reason that doesn’t allow him or her gym time. At the same time, I want to be very clear that I could care less if a vanilla is fat, out of shape, or never goes to the gym. I am simply making the point that most people have a lot of downtime in a day, and vanillas act as if there is not even 30 minutes for them to get to a gym.

I recently tallied up the total minutes in a week that I dedicate to my bodybuilding endeavor. I won’t even mention the time because it is just easier to say that even after so many years of doing this, I was surprised by the answer. My mind works a bit differently from others’ in that I don’t usually like to calculate time or money based on a daily measure. Instead, I like to look at those things over weeks, months, or a year. Obviously, the time invested over a month or a year was astronomical, and it did make me sit there and think to myself about what I might be able to accomplish if I had dedicated that time to something else. And then, I looked down at my fat titties and was reminded of why this investment in time is so important to me. 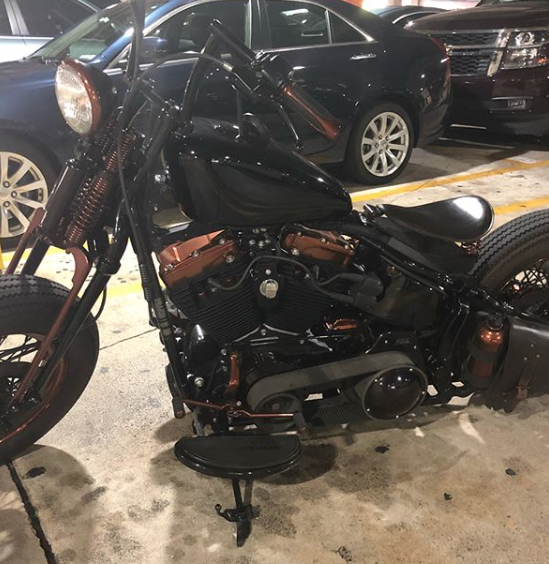 Got out on the bike for some breakfast today.

The reality is that most of us spend an exorbitant amount of time on ourselves because we want to be in shape, look good, feel young, stay healthy (though this one usually ranks at the bottom of the list, if I am being honest), have more energy, and just plain use our gym time as a bit of a therapy session for ourselves. What would seem like an investment with a poor return to one person is an investment with a huge return to another.

As much as being in shape and feeling younger is important to me and probably my main motivations for spending the time that I do on bodybuilding, I still enjoy the downtime when I take an infrequent break from all things bodybuilding. This allows me to see both sides. I see the side of me that can seem consumed by my pursuit, and I see the side that is quite a bit less stressful, where I feel I am not constantly racing the clock and I get some down time to simply relax. No matter which side I am currently on, the grass always seems greener on the other side. A lot of competitive bodybuilders have this same problem when it comes to contest prep versus their offseason. Same problem, different fence.

When I decide to go back into the gym in the next few weeks, I will likely find myself thinking from time to time how nice it was to have so much time on my hands during my break. However, right now, I’m just staring at my fat boobs wondering if I will order an apple pie or a gourmet grilled-cheese sandwich with truffle oil via UberEats from Henry’s while binge-watching Orange is the New Black. The new season starts in a couple of weeks, and I am only on season 4. There just isn’t enough time in the day. Just sayin’.

WATCH: Cut Your Training Time in Half