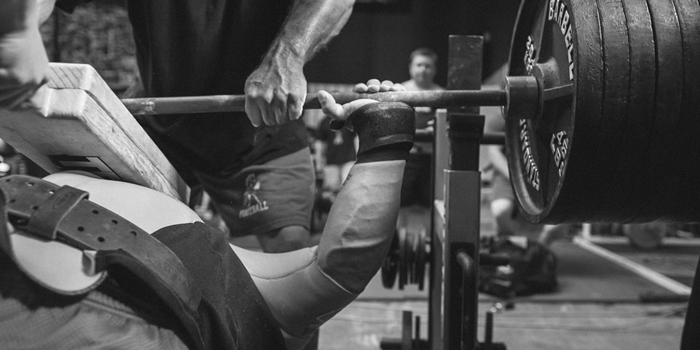 To some people, the idea of removing dynamic work from a conjugate program is blasphemy. However, you only have to listen to the Westside podcasts, to seasoned conjugate lifters, or even read the book of methods to see that speed isn't always what's needed.

As previously written about by Matt Ladewski called "Six Off-Season Bench Cycles to Replace Dynamic Effort Work," we can see that there are times where other style cycles are used, either after a meet or just for a break from traditional dynamic work.

I developed this protocol initially for a junior female lifter who was struggling to hit her potential on the lift. As a 48kg lifter and relatively new to the sport, there were several things I was hoping to improve in the non-competitive season of training. This protocol has resulted in personal bests in both raw and equipped max lifts for the athlete in question and is showing improvements already in several of my other clients. Although a small pool of athletes to monitor, there seems to be, on average, around a five to seven percent increase in 1RM bench by the end of phase two, with a further increase after phase three, since implementing this as a part of their programming.

Areas this protocol was implemented to aid and develop were:

Westside Barbell and many others have implemented 6x6, 8x8, and even 10x10 protocols as dynamic bench press replacements previously, meaning that this is nothing new. Through observation, I recognized that the biggest improvements in the majority of my athletes came from the 6x6 phases, where we increased intensity (weight) each week until failure. This makes sense as we already know adaptation only occurs at or near fatigue. That being said don't be tempted to start your weights too high as we wish to develop and maintain proficient techniques. As I have referenced in previous writings, it takes longer to retrain a faulty pattern than maintain a correct one. My athletes' successes at specific times made me realize maybe there was a way to capitalize on the success each 6x6 block gave, and that's when I decided to design their programs to run them back to back with different variations. Each variation built on the last.

Phase One — The Groundwork

In this phase, we have two options to choose from, which will be used to develop the pressing musculature from a weakened position generally. Dependent on leverages, select the option which is either least favored or weaker. With the floor press, I would like to see a pause at the bottom as I treat this as an upper-body box squat with my clients building static to dynamic strength.

Now that we have failed in the first phase, we now start over on phase two with the same or slightly elevated start weight from phase one.

We look here to work on developing a competitive bench setup, starting as always at a moderate intensity and building up. The upper back muscles, in particular, I find most athletes struggle to maintain position, including myself. It's a common thing I see in both beginner and intermediate lifters, too. As the weight increases over the weeks, the time to complete the set will likely increase, along with the demands on positional muscles—much like a max lift where force (F) may take some time to create.

I won't go into what constitutes the best bench setup here; however, there are some great videos in the "So you think you can bench" collection, which lay an amazing foundation.

Again, there are two options here. The first option is the competition style (my favorite); however, I am a huge fan of protecting the shoulders. If a one-board aids in this for yourself or your athlete, then choose that option.

Below are several options for this stage with a description of why this variation holds value. Choose wisely as we are looking to develop the main weakness holding you back from gaining more success in the bench press!

This is not the only way this template could be used. It's also not the be-all protocol for replacing dynamic bench press waves in a conjugate program. It's a specific system I have put in place for my clients and athletes. When all three phases are complete, on average, I found a 10-15 percent increase in the 1RM as part of the system in my beginner and intermediate lifters, along with a 15 percent increase in 1RM for my junior (now open) lifter's equipped max. I believe, however, it will have a great value to late beginner and intermediate level lifters who like my athletes required the ability to hold the bench position for a lengthened time or who fail to maintain it when intensity is close to 1RM.

For those that give this protocol a try during their next non-competitive season, I wish you good fortune and look forward to seeing your bench press increase.

Luke Litchfield is from South Wales, U.K., and is a former international junior athlete in track and field and is currently a BPU British Champion powerlifter competing in single-ply. He graduated with first-class honors in sport and exercise science from the University of South Wales. He's putting his knowledge to use as a self-employed physical therapist. When he's not working or training, Luke can be found with his family.