Why Athletes Should Use Cheat Reps 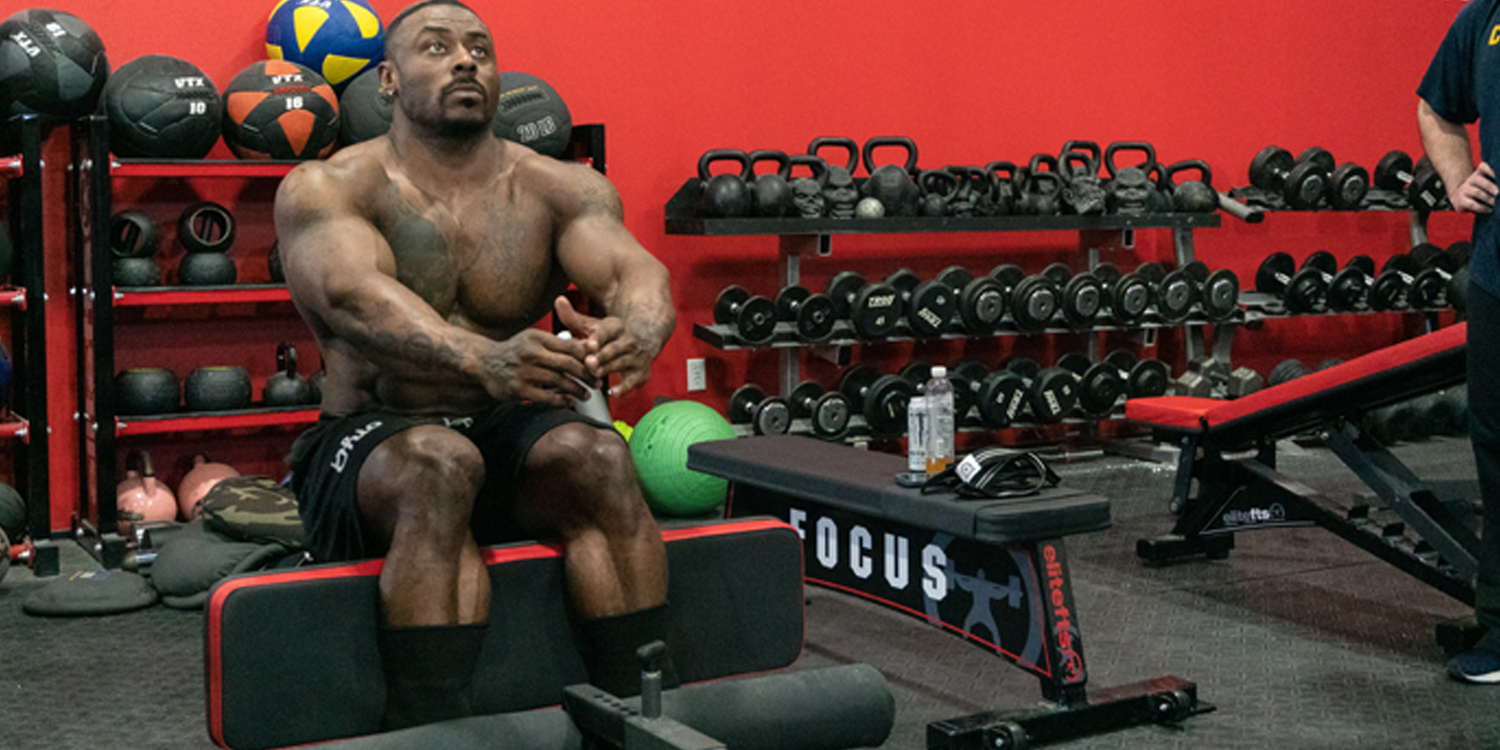 What is a Cheat Movement?

In sports, the athlete's focus is toward the result of the movement and not on the form. Often the athlete executes movements without anticipation and lets his body select the proper form for movement to be more efficient. We set a goal and allow our body to organize or reorganize, route or reroute, the optimal movement pattern to achieve the desired outcome or arrive at a chosen destination (Winkelman, 2021).

MORE: Smoothing It Out

From this observation, I started to think about using cheat movements with athletes. Cheat movements are derivatives from traditional gym movements that we would call strict. The goal is simple: focus on making it fast with no other instructions/focus on form, grip, foot width, range of motion, etc. With cheat movements, the range of motion and order of muscle recruitment is not imposed, and you can and must use compensation as shown in the following videos.

So how can this be beneficial?  Because it can be a wonderful tool to increase your power, muscle mass, and performance in your given sport.

Power plays a major role in most sports. Power is the ability to generate strength per unit of time.

Cheat movements are perfect to work on power because they allow you to generate more speed with the same weight, or to use more weight (generate more strength) than with conventional execution.

When you perform a cheat movement, you often create momentum with the help of bigger muscle groups than those that are normally recruited with strict form. (Example: use hip flexion and extension for the start of a bicep barbell curl). This counter-movement is a pre-stretch (stretch-shortening cycle). Thanks to this pre-stretch, there is an increase in force and power production. Pre-stretch would be the difference between a squat jump and a countermovement jump for example. Cheat movements, with the utilization of the pre-stretch, can increase your power compared to the usual strict version and therefore increase your sport performance. Moreover, by focusing on the speed of the movement, there is a chance that the athlete increases the eccentric speed phase too, and like Mel Siff says, "the faster the stretch, the greater the additional strength" (Siff & Verkhoshansky, 2004). The increase of eccentric speed will also increase the kinetic energy in the bottom part of the movement, therefore, produce more elastic energy which increases the speed (like a spring).

Another key benefit is how the cheat movement enables you to choose your motor control preference. Indeed, if I don’t give you instructions, and just tell you to move the weight as fast as possible, you will use your personal preference in execution and use your stronger and more powerful muscle groups. Therefore, putting them in a more advantageous position. Take the example of the previously mentioned cheated curl. Depending on the strength between your posterior or anterior chains, you will do more of a hip bend or knee flexion naturally for the pre-stretch.  The range of the pre-stretch will also depend on your strength and ability to use it. The same can apply to grip width. You will naturally let your body adapt to what is best for you and what feels the strongest. By not focusing on the result or the execution, you'll let your body adapt to being more efficient and produce more strength and power, which will lead to improved sports performance.

To increase the transferability of your strength training to your sport, it must respect the concept of dynamic correspondence according to your activity. Examples include dynamic of effort, range of motion, direction of movement, and regime of muscular work (NSCA, Thomas, & R. Baechle, 2008). The goal is not to mimic but to create an exercise that can create a stimulation with respect to previous criteria.

By utilizing cheat movements, you will have the possibility to create more specific stimulation movements—take a wrestling situation in rugby or in MMA. Did you ever see an athlete pull something or someone to the floor with only his upper body and without leg drive? No. He simultaneously uses his arms and legs to pull with hip extension. It is the same for a unilateral pull or push, you will always use a hip rotation, like a jab in boxing. Cheated dumbbell rows and cheated barbell rows allow this.

With cheated movements, you’re focused on the result and not your form. You will perform these movements at maximal speed during concentric and eccentric phases like in sport. Ensure to respect your individual range of motion and motor control preference. You will add pre-stretch to start the movement like when an athlete wants to throw something, kick, jump or even sprint.

In conclusion, with cheated movements, you will respect several criteria of the dynamic correspondence concept and increase the transferability of your strength training to your sport.

How to Integrate the Cheat Movements into Training

In my opinion, there are three ways to integrate cheat movements into your training: with a contrast complex directly in your session, to dedicate a day such as a dynamic day, or add a cheated drop set.

Dedicating a particular session like a dynamic day can also be a good option. I like this option because you only have one focal point for your athlete during the session. I use it for my rugby players in a power session with specific exercises. For example, cheated landmine press and cheated renegade row.

The method I like to use is cheated drop sets. It is another tool for increasing muscle mass during specific hypertrophy training. If your goal is to recruit all your muscle fibers to increase your gains, you can add cheat movements directly at the end of your set and go until failure. For lateral raises, execute all your sets with traditional strict form. Once you reach failure, switch to a cheated lateral raise with the use of your hips.

Cheat movements are a valuable option for athletes because they can increase the athlete’s power production and transferability to their sport. It adds fun and variety to traditional training sessions and this is a good thing during a long sport season. Although I’m a big fan and use it for my athletes, traditional strength and power training still remain the base of my system. Preparation and a proper warm-up are necessary prior to the use of cheat movements because it does create a large tendinous and muscle stress with fast eccentric movements. Remember safety first. It’s very important that you are able to maintain a correct posture during your fast lift.

Master your basics. Cheat reps are the cherry on top!

Romain Guerin is a French strength and conditioning coach for professional rugby. He also worked with a youth (under sixteen) France rugby league, rugby league academy, and police special forces. Romain is a graduate with a master's degree in sport science and holds other certifications like Westside Barbell® Special Strengths Certificate and EXOS® certification.