Why the Rate of Perceived Exertion System Is Not BS 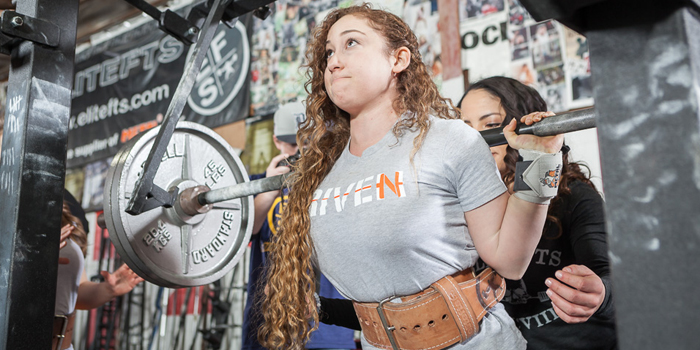 The other night I was out with a couple of my friends. As you might expect, our conversation was heavily focused around training. It wasn’t long before we found ourselves discussing the use of the rate of perceived exertion (RPE) scale in training. One friend claimed, “The RPE system is BS,” while the other swiftly came to its support. Myself, a fan of grey areas when necessary, thought that maybe it was time to talk about the RPE scale and its applications for maximal effort work.

RPE is a measure of how difficult or intense you perceive a given set, rep, or training session to be. Dr. Gunnar Borg developed the first RPE scale. It ran from a six to a 20 and was designed to match an individual’s heart rate to their perceived exertion. While the numbering might not seem obvious at first glance, the addition of a zero to each respective scale number might help make it clearer. A six, which is light, corresponds to a heart rate of 60. A 20, which is maximal, corresponds to a heart rate of 200 (which is approximately a maximum heart rate for a 20 year old). Thus, you get a scale that subjectively matches your heart rate and intensity.

Over the years, these scales have been adapted to lifting and have transitioned to a range from 1-10. In fact, we should really credit Mike Tuscherer for popularizing the using of the RPE scale in powerlifting programming. For those unfamiliar with the how the RPE is normally broken down for lifters, it looks something like this1:

RPE 6: The kind of weight you would use for straight weight dynamic work; applying moderate force should cause the weight to move quickly, ~ ≤ 85% 1RM.

RPE 5: Most say this would be the RPE given to warm-up weights1. 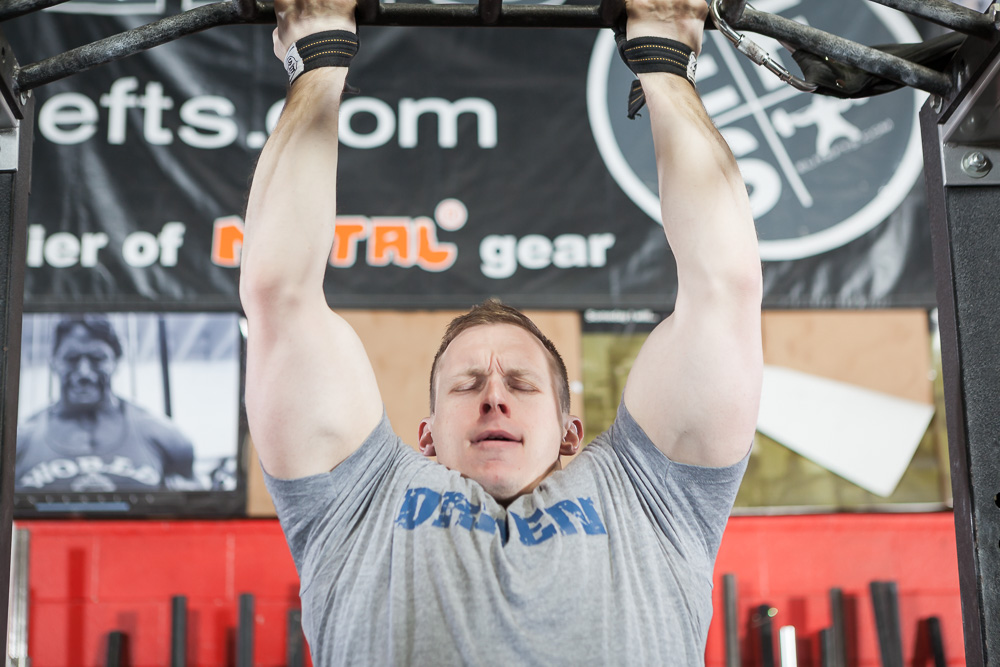 In the field of all things related to science and lifting there has been much debate as to whether or not this system is a reliable way of gauging training intensity2. This is understandable though, as there are many applications for the RPE system. It can be used to measure the difficulty/intensity of a set, of a session, or of a single rep by a wide range of lifters. I could really spend a ton of time talking about how to apply the RPE scale to different types of training/levels of lifters. However, since Google told me the average attention span is somewhere between eight seconds to 20 minutes, I figured for today we would just talk about the RPE scale and its usefulness in autoregulating (self-regulating) max effort training.

RECENT: The Science Behind the Weight Cut

It is well known, but often forgotten, that the fundamental principle of strength training is that strength production and increases are dependent on neuromuscular processes3.  While many people perceive that strength gains are mainly a function of muscle size after the first few months, this isn't exactly correct. You see, strength is more specifically a function of appropriate muscle contractions that result after effective nervous system stimulation. Subsequently, increases in muscle size (hypertrophy) are part of the body’s response to specific neuromuscular stimulation intensities and volumes which that require your body to grow bigger in its attempt to adapt3.

What Does Neuromuscular Stimulation Have To Do with Muscle Contractions and Strength?

When you want your muscles to contract, the brain sends a signal that travels down your spinal cord to your muscles. Specifically, nerve cells known as motor neurons transmit electrochemical signals from the spinal cord to the muscle fibers they innervate. Accordingly, when the brain sends its signal, the motor neuron calls on all the fibers that it innervates, and in true flash mode style, those innervated fibers contract together.

To get the maximal number of muscle fibers contracting at once to move a load, a couple of things need to occur. Some of these “things” include increases in intermuscular coordination (synchronization between the muscle groups involved in moving the load), intramuscular coordination (synchronization of the rate, number and pattern of muscle fiber activation within a muscle involved in moving that load), and motor learning (the ability of the brain and the central nervous system (CNS) to carry out tasks); as well as, decreases in inhibitory mechanisms (i.e. Golgi tendon organs, Renshaw cells, Supraspinal inhibitory signals).

In the first 8-12 weeks of lifting, it is understood that adaptions are mainly neuromuscular in nature. As you repeat a motor pattern again and again (aka squatting with a broomstick a zillion times), your brain and muscles get better at efficiently coordinating that movement with increased force. Over the years, your training and maximal attempts will require you to a least maintain or increase that level of neuromuscular efficiency. Neuromuscular efficiency, which is defined by the National Academy of Sports Medicine as the ability of the nervous system to properly recruit the correct muscles to produce force, reduce force, and stabilize the body’s structure is variable. 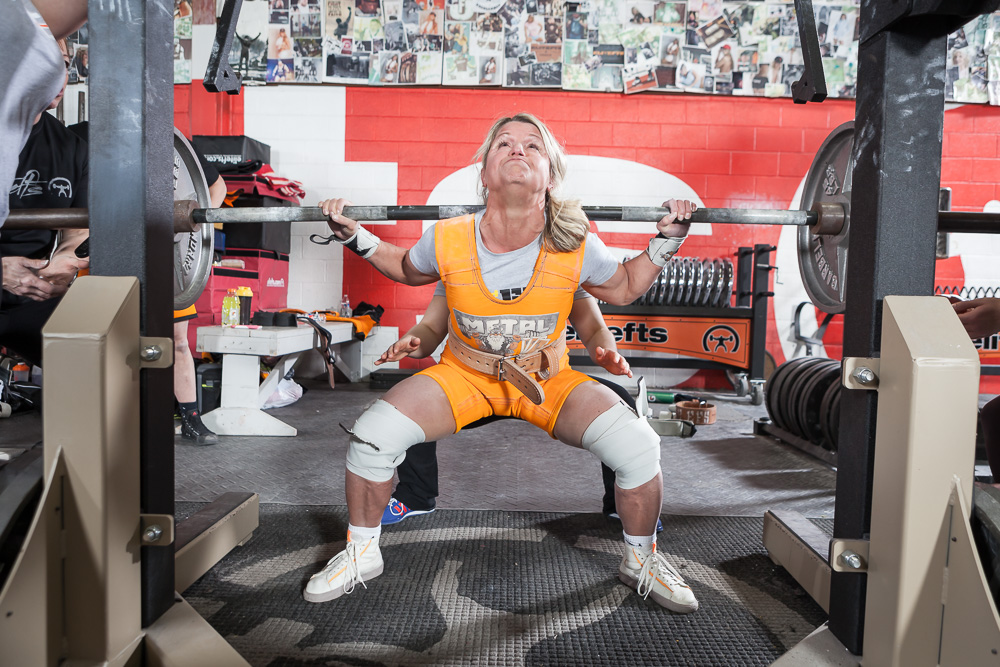 Any given day that you walk into the weight room and perform a maximal effort lift, two types of strength accompany you: absolute strength (the amount of weight you are capable of moving) and maximum strength (the amount of weight you actually move on that maximal attempt). What separates these two things is the ability of your nervous system to come “online” and make your muscles and brain coordinate in a way in which your maximal strength is as close to your absolute strength as possible.

In the previous section, we touched on the idea of variability in strength and neuromuscular efficiency. We didn’t; however, talk about what drives this variability.

So what is the main culprit, you ask? One word: stressors.

As humans, we spend life faced with stressors that we must adapt and recover from. Since we were built to survive, the idea of stress and adaption should be no great surprise. The brain actually has the ability, to an extent, to autoregulate the body’s responses to stressors4.  This seems logical though, because if we perceived everything as a threat or stressor, it would be impossible to able to adapt and recover. Without the ability to recover, we just continue to be stressed and eventually acquire maladaptations (bad adaptations).  Since strength increases require appropriate neuromuscular stimulation, it makes sense that training when your brain is fried from life stressors isn’t optimal for your training session or subsequent strength adaptations.

Imagine this: You are having a stressful day. As the stressors pile on your lap, your motivation begins to decrease. You’re just mentally fatigued. This fatigue doesn’t just cramp your mood; it wrecks your workout, too. Your brain has run out of metal bandwidth and as a result, your brain is not doing a very good job at sending strong electrochemical signals to your muscle cells. Without a strong signal, maximal force generation is reduced (reviewed in5).  Interestingly, some have claimed that this ability of your body to reduce central drive and motor unit firing rate is an attempt to prevent electrical failure (remember your brain sends electrochemical signals down your spinal cord and to your muscles)6. Thus, your body and brain are literally preventing you from short-circuiting. 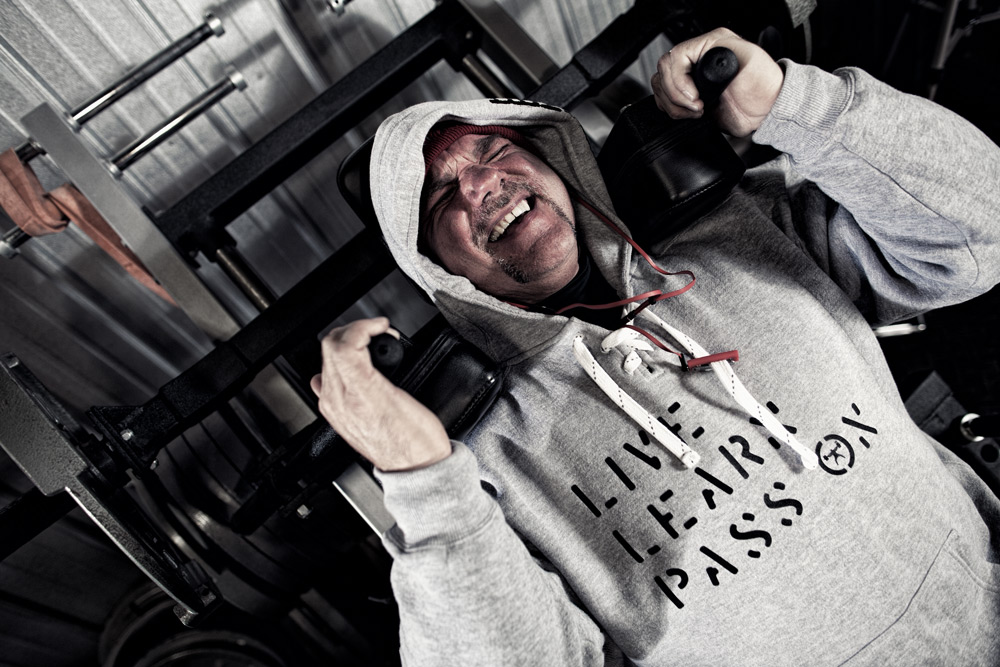 RELATED: Mental Imagery Techniques: Can They Make You Bigger and Stronger?

However, you don’t care. Your program says you need to squat 90% of your 1RM for three and you won’t take no for an answer. Fast-forward two complete and one missed third reps later. Your brain and body have decided they don’t care about your program and now you have failed in training. Unfortunately, this failure does very little to help increase those strength gains you are after.

But what if you were using the RPE scale as a way to autoregulate your training? What if you were subjectively measuring your ability to produce effective neuromuscular stimulation and muscle activation as you warmed up and transitioned to heavier weights before your working sets?

You walk into the gym after your significant other breaks up with you, you get fired, and you have a slight fender bender in the gym parking lot. You are pretty darn mentally fatigued and aware of it. On this lovely day your program calls for a max effort front squat. You work up to a max effort front squat of 320 pounds (RPE of 10), 20 pounds below your 1RM. You don’t distress, though. You know your body is reducing your ability to call on all those contracting muscle in your legs to move the weight because it understands, better than you, that you are in no state to deal with recovering from an additional stressor at the moment. Thus, you have successfully autoregualted your training session to work up to your maximum for that day. As a bonus, no additional stressors from missing a weight or having a bad training session are added to your already mentally fatigued mind.

In the example above, using the RPE system allowed for autoregulation of training. Remember, RPE is a measure of how difficult or intense a given set, rep, or exercise session is perceived to be. When applied to gauging how difficult attempts are with maximal effort work, one is essentially gauging how prepared the nervous system is to send a message to the muscles to contract. Since some days you will be less prepared to do this compared to when you are at your best, the RPE scale allows you to adjust the volume (sets x reps x intensity) or intensity (% 1RM) based on your physical and metal preparedness. Thus on a day when you are fully recovered and ready, an RPE of 9 might be 98% of your 1RM. Conversely, a day when you have been running around on three hours of sleep, it might be 88% of your 1RM. You have to think of it this way: the body perceives how stressful something is, not the number associated with how much weight is on the bar. In training, you should aim to identify your strengthening threshold (the level of stimulus intensity required to make improvements) and go slight above it. However, this is dynamic, as is your perception of any stimuli in general. By using the RPE scale, you can go to an RPE of 9 or 10 on your max effort sets each max effort training session and apply a stimulus to cause a training effect without going overboard. 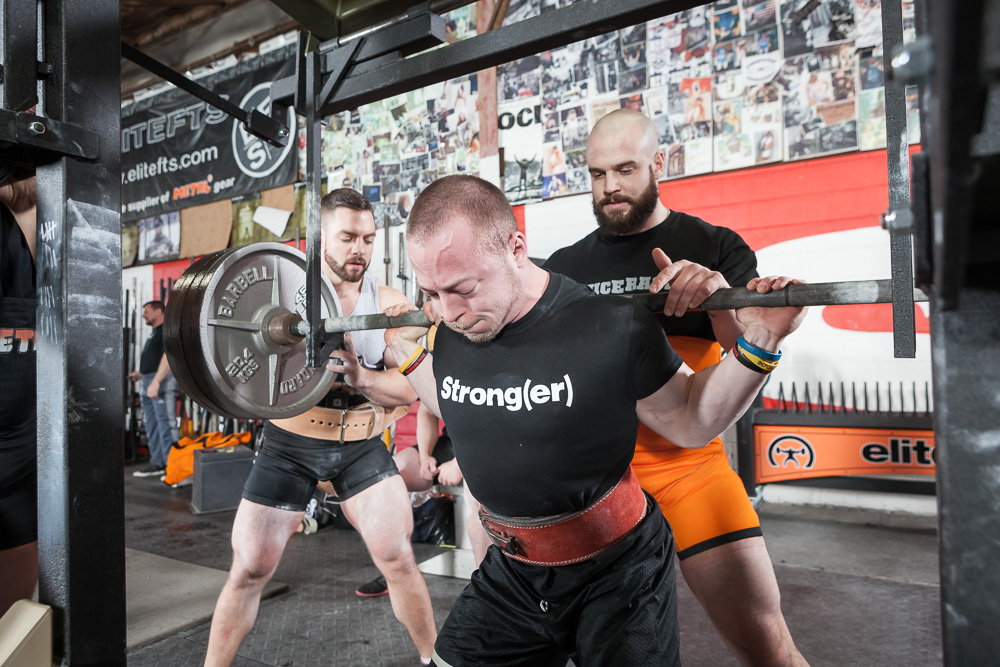 Of note, the RPE scale is heavily rooted in your ability to have an apt understanding of your central and peripheral nervous systems statuses at a given day, following a given rep/set, at a given time. This is not so easy to do. Considering that some lifters often struggle to gauge this, it is likely that the ability for a lifter to measure the preparedness of their central and peripheral nervous systems relates to how helpful that lifter perceives the RPE scale to be.

Overall, the benefit of applying the RPE scale to maximal effort work is that it allows you to adjust your training stress to match your psychological and physical readiness. The CNS has dynamic changes that occur all the time. Additionally, levels of preparedness are constantly changing. As a result, one could argue that training should accommodate the level of CNS preparedness on a given day. Since training occurs within the context of day to day life for most of us, there is no way we can create training programs that account for how effected or stressed our bodies will be going into each training session. Things like sleep quality, recovery, sickness, and emotional stress are often outside of our control. Accordingly, programming often needs to be modified throughout the training cycle if optimal strength adaptations are desired. Thus, similar to how your brain has evolved to autoregulate your response to stressors in the environment, by using the RPE scale in your programming, the program evolves to autoregulate and enhances your strength adaptations.