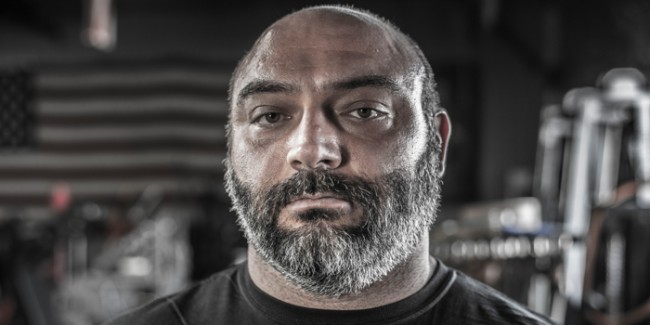 How do you choose your accessory volume? I think many of us throw three or four sets on there just because that's what we've been taught and that's what we read as we were coming up through the ranks. You probably never gave much thought to it and just figured that's the way it should be done... but maybe there's a better way.

When I read Dave Tate’s article, “Periodization Bible Part II,” one of the things I remember really sticking out to me was the number of sets done on the supplemental and accessory work for the repetition method. Most of the programs I had seen up to that time typically had you doing three or maybe four sets. When I followed the program outlined in the article and did five to eight sets, my soreness increased at first, but my strength took off to a new level. I knew there was something to this increased workload.

Over the years, when I was working primarily with athletes, I thought more variation in movement would be better for their development. I knew doing five to eight sets of these movements was not realistic with scheduling or optimal for them to be ready for activities outside of the weight room.

When we did add in more movements for accessory and supplemental work, I found that three to six sets would allow them to push the limits a little bit and still have them ready for their sport.

Most college programs that I've seen basically run three sets on all accessories. I didn't want to be most college programs. I had to find a way to do a ton of work and build work capacity but also not run the kids into the ground. Buddy Morris talked about adding no more than 20 percent to the total running volume of your athlete each week. I figured why not apply this to our accessory work volume?

As much as I wanted to the volume the s*** out of the kids on a weekly basis, I knew I couldn't do that. Athletes have too much activity and responsibilities outside of the weight room to do this with any type of success. We would basically start out with three working sets on all of our accessory or supplemental movements on Week 1. On Week 2, we would bump it up to four sets, and then on Week 3, we would do five to six sets. This allowed us to somewhat follow the 20 percent rule. It also eased the athletes into the higher volume, and it also built in somewhat of a deload when you started over on Week 1.

While you are increasing your volume each week, you should also be trying to lift heavier weights while staying within the recommended rep ranges. You have to be realistic about this, though; you may not get more weight on every single set but at least try for some heavier weights on your last one or two. Push for small improvements each week. When the cycle starts over again, switch out your accessory movements based on how the last training cycle went.

If you are a powerlifter, focus on where you need strength improvement.

With athletes, I would try to progress to more advanced movements. Most of the athletes’ training programs were based on what they were ready for in the weight room — not so much “sports-specific” factors. They all need to get stronger, and typically more advanced movements will yield bigger strength gains (pull-up versus lat pulldown).

Here is a quick summary of what a three-week cycle on accessory volume should look like:

Everything we've talked about so far was utilized in the off-season. This would typically be too much work in-season. The great thing about this is it builds a high work capacity in the off-season. This way, when we were in-season, we can drop our workload. That will be a low level of work for us but typically a high workload for an opponent. How many in-season programs have you seen with two to three sets of everything? If you follow this protocol, two to three sets will seem like a warm-up for your athletes.

By building this off-season base, we can do three to four sets during the in-season and out-work our opponents, and the athletes feel like the in-season sessions are no big deal at all. If our in-season volume is the same as your off-season, this should set our kids up for success.

Volume? How does two minutes of squatting sound?

Due to the success of our athletes, this has been a big influence over the past couple of years on my own training and my current clients’ training. We are meatheads, and we like to smash everything every time we go into the gym. This is a great problem to have, but it will eventually catch up to you.

Start your volume low and wave it up over the course of the next couple weeks, and then drop it back down again. You can satisfy the part that wants to train like a maniac on the high volume weeks but also allow yourself to recover on the lower volume weeks. On the low volume weeks, I’ve noticed I have much better cognitive function after training, and my bodyweight seems to come up easier.

This method is highlighted in my book ConjugateU and in many of the training programs in the articles section of my coaching blog. 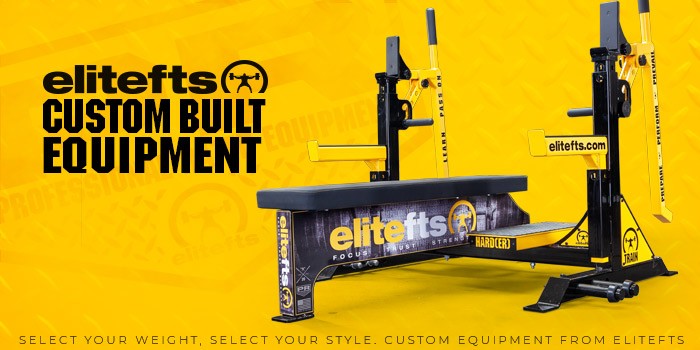