5 Tips to Come Down A Weight Class 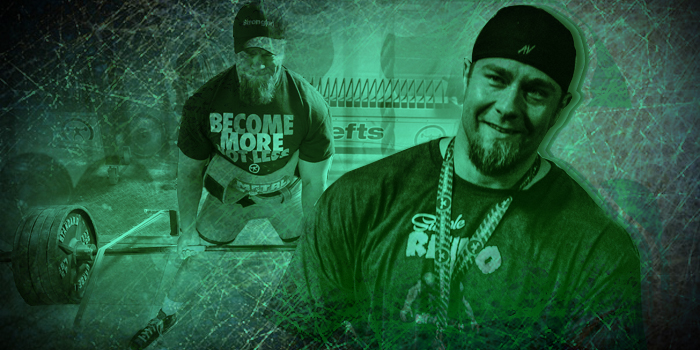 There comes a time in many lifters’ careers when they need to come down a weight class. I was at that point earlier in 2015. I had been walking around at 240-245 pounds. This was good for my bench but I was just carrying too much body fat. I also knew that if I could drop 8-10 pounds of fat, I could make an easy cut to 220. So my first step was to come up with a plan. I dug into Dr. Scott Stevenson's ebook, Fortitude Training. After speaking with Scott, I decided this would take a high priority in my lifting and life. It was time to fight off the dad bod.

I started at a bodyweight of 243 pounds with the goal to compete in the 220-pound class. I would need to be between 230 and 234 pounds before a weight cut for a meet, so this would be my goal for normal daily weight. The key would be to do it slow enough to keep as much strength as possible. The first six weeks produced less than five pounds of weight loss but I dropped almost an inch off my waist.  I focused on a few things to get started.  I did not dive in at 100% compliance but was slowly changing things every few days to make improvements. 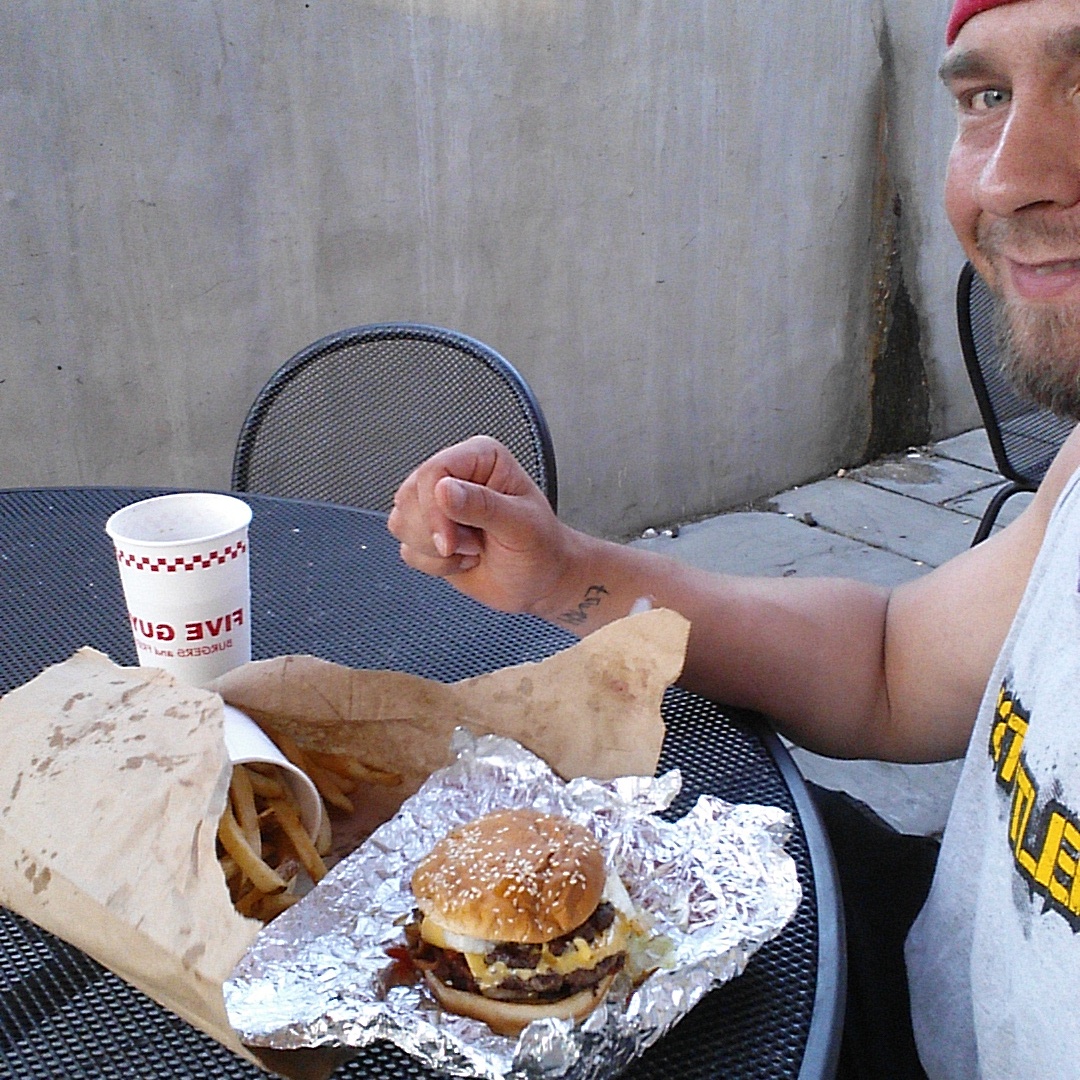 Taking the first steps away from Fatville

You will never know how to get where you want to go unless you first understand where you are. Until I knew exactly what I was consuming, I couldn't make many changes. I was consistently inconsistent when it came to eating. The first thing I did was track my eating for two weeks. This got me the information that I needed. I did not try to adjust calories or macros other than aiming for one gram of protein per pound of bodyweight. Once I had a baseline, I was able to make adjustments based on where I was, instead of based on some hypothetical caloric intake.

RECENT: Dario vs The Deadlift: 100 Pounds in 10 Months

The first adjustment I made was to my intra-workout drink. I took what Scott Stevenson wrote and implemented it exactly as written. This is something that hasn't changed since. It's been the building block and foundation of everything to come.  Knowing that calories would eventually go down I had to keep my recovery as high as possible.

I went from drinking BCAA’s to including carbs, protein and essential amino acids in my drink. I was initially a little scared to add intra-workout carbs. Carbs usually kept me bloated and I knew I functioned well with lower amounts. But I had never been really lean no matter how I ate in the past so I decided to listen to Scott and put my trust in him.

Once I had intra-workout nailed down, I looked to optimize my meals before and after as well.  This included even more carbs in my next two post workout meals. Working further out from there, eventually I worked on the meals that began and ended the day. Still, to this point, I find that I am rarely sore as long as I follow this set up. 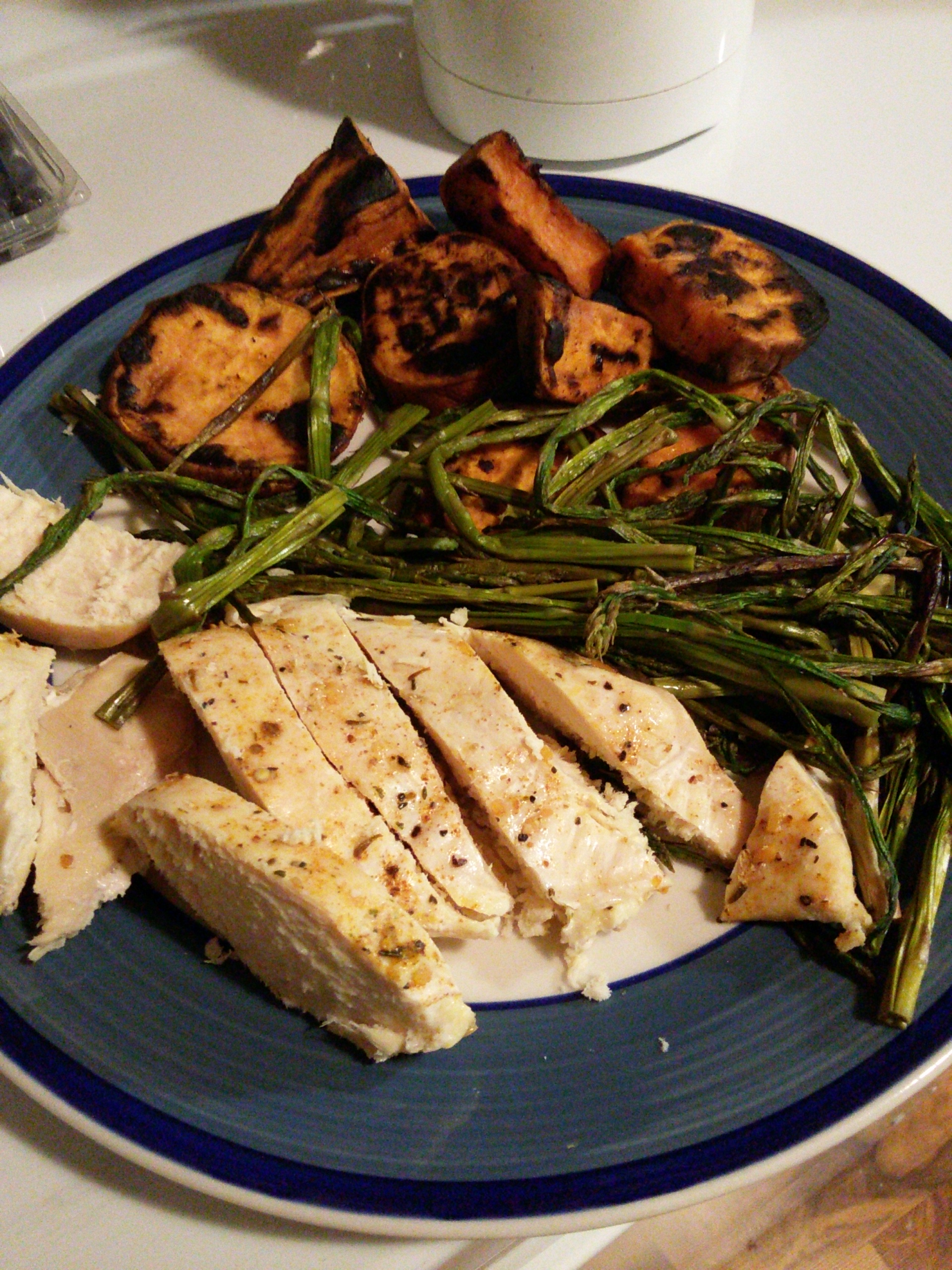 During the period I was coming down a weight class, I was under immense stress, and I still am. Making abrupt and significant changes could have derailed my whole diet. Thus, every week, I slowly upgraded what I was eating. Each day I would try to make choices that were a little better than the last. Over time, this has allowed me to continue eating foods I love (well, tolerated), while learning how to improve them.

I started with my carb sources. I transitioned to oats, rice, and sweet potatoes. I had no trouble making these staples in my diet since I enjoy eating them. These helped keep me full longer and away from processed foods. Next came my protein, which transitioned to boneless, skinless chicken breast, lean ground turkey, lean ground beef, and wild caught salmon.

There is nothing out of the ordinary here. I started eating taco salads both chicken or ground beef with chips, salsa, fatty ground beef, avocado, cheese and a full fat ranch. Over time I eliminated the chips, went to a lower fat ranch, and pulled out the cheese.  I could still eat a very similar salad but it was much cleaner than I was eating in the past.  This is the kind small improvement I looked for each week.

Dr. Serrano gets credit for this section of the article. He recommended that I only eat lean cuts of meat. However, he wanted me to add healthy fats (which were then missing from the meat) back into my diet, but from other sources, like avocado, coconut or olive oil, and nuts and butters. In the past, on low-carb days I might have eaten sausage or bacon. Now, I would keep the meats lean. This allowed the fats to be much more controllable and thus adjustable, which comes in key when you're looking for small ways to trim away from your diet down the road to keep progress coming. This way of eating also kept me from eating a package of bacon in one sitting. 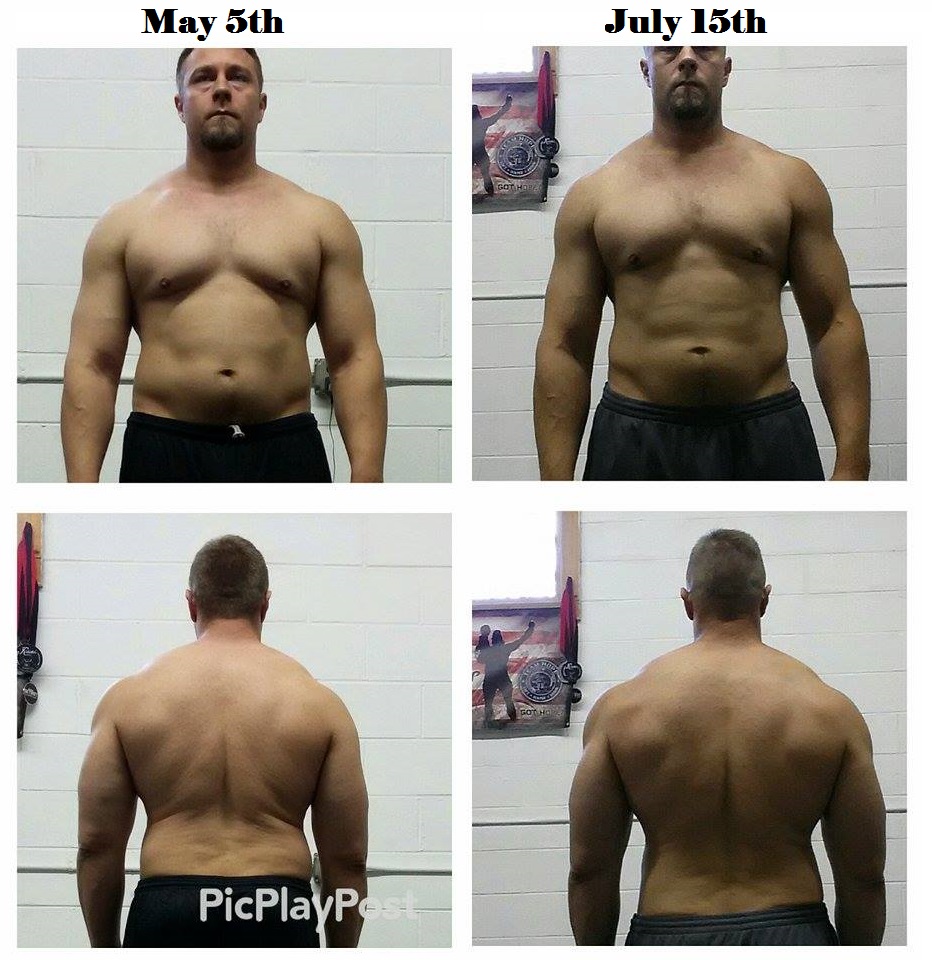 The changes I've already outlined here took me about a month and a half to implement. During this time, my caloric intake stayed the same; only the food choices, timing and macros changed. I was already noticing changes in my body and was already dropping fat. I stayed with the same calories as long as I could and milked every bit of change I could. In the end, this was key to me losing fat while keeping my strength high. Everything depended on me fitting into my gear and performing well at my meet.

Once I improved my recovery through the intra-workout and improved the quality of my food, I was able to drop over an inch from my waist with less than a five pound drop in bodyweight. When I had finally lost ten pounds, putting me within range for a cut to 220, my leverages were a little bit different, but I wouldn't say it had a quantifiable negative impact. I ended up beating my all-time personal record by four pounds and my weight class record by 44 pounds. I pulled 744 pounds at 219 with a near miss at 771.  My strength was there for an even bigger deadlift, but I was battling a torn callus, which I ultimately lost.

Coming down a weight class is not rocket science when you have fat to lose. Be meticulous, fix what can easily be fixed right away, and improve foods little by little. The goal is to hang onto as much muscle and strength as you can while still getting to that lower weight class. Being lean is great, but not at the expense of your numbers — which is all that really matters in powerlifting.