A Meathead’s Guide to Hip Replacement 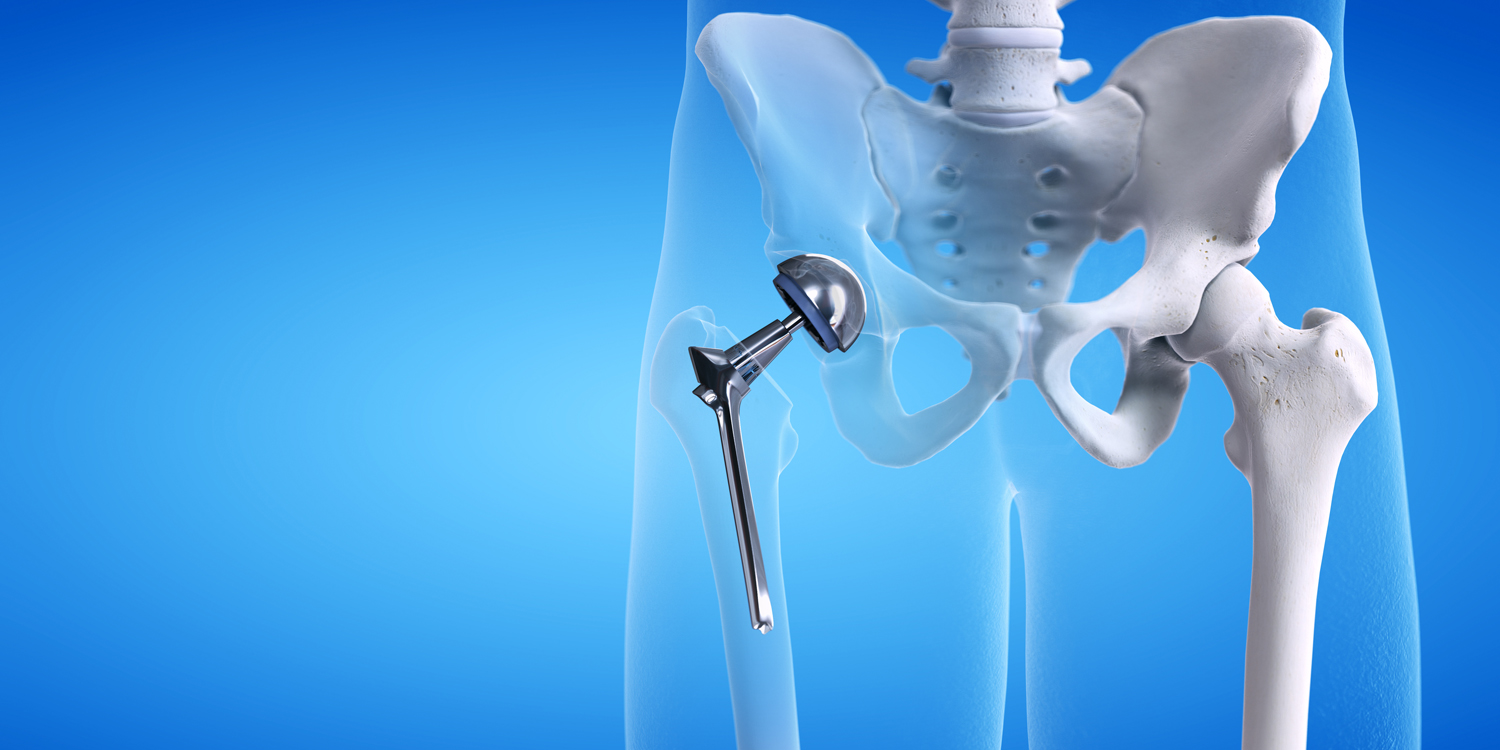 I’ve treated countless total hip replacement patients throughout my career, and the one thing that always surprises me is what little information the patient has about their surgery. From what exactly was done to them on the operating table to what they will and won’t be able to do after surgery. In my opinion, this lack of communication does a huge disservice to the patients. This is bad enough when grandma and grandpa go in to get their hip replaced so they can get around their home and community better. The lack of education is even more problematic when the patient is looking to get back to more than just day-to-day activities.

Over the years, several big-name lifters and coaches like Ed Coan, Travis Mash, and elitefts’ own Dave Tate have had one or both of their hips replaced. It’s estimated that by 2025 the annual count of total hip replacements in the United States will increase to between 610,00 and 695,000.3 With that many people getting their hips done, it’s inevitable at least a few of those people will be lifters looking to get back to hard training or competition.

If you’re serious about lifting, the first thing you’re probably thinking when considering getting a total hip replacement is whether you’ll be able to lift again at a high level. The goal of this article will help shed some light on the basic things everyone, especially lifters, should know before going under the knife. I hope it helps someone contemplating a hip replacement know what questions to ask as they go through the process of choosing a surgeon and what to expect before and after surgery.

The hip joint is made up of two bones: the femur and the pelvis. Like the shoulder, the hip is a ball-and-socket joint where the round head of the femur (the ball) fits snuggly into the acetabulum on the pelvis (the socket). Unlike the shoulder, which prioritizes mobility over stability, the hip is designed to bear the weight of your body and whatever you happen to be carrying as you stand, walk, and squat. Therefore, it is inherently more stable than the shoulder. That’s why you probably know way more people who have dislocated their shoulder rather than their hip.

When your hip is replaced, the surgeon will remove the head of the femur and replace it with your new artificial version. The stem of which is hammered into place in the shaft of the bone. This marriage is solidified in one of two ways: cement or non-cemented (or biological) fixation. Put simply, either they glue that sucker in there, or the metal is porous along the surfaces like a sponge which allows the bone to grow into it. The type of fixation will vary on the patient and surgeon, but cement is mostly used in elderly and less active individuals. In contrast, biological fixation is reserved for younger, more active ones.

As for the socket or acetabulum, the surgeon will shave and resurface the area, removing any damaged bone and cartilage. A small metal cup is then placed into the now squeaky-clean socket. Then, a liner of varying types of material is usually placed inside the socket to prevent metal-on-metal rubbing when the hip is relocated. I say usually since there are instances where a metal-on-metal implant is beneficial, including younger, more athletic patients. However, there is the risk of metal debris which can cause inflammation and eventually lead to a revision of the hip replacement (more on revisions later).

Once it’s been established that a total hip replacement is in your near future, it’s important to discuss with your surgeon exactly what you’re looking to get back to. Remember, unless you’re dealing with a physician who regularly deals with powerlifters and other athletes, most people who walk through the office door want to be able to walk and get through their day without pain. It’s also important to discuss the type of approach they will be using for your surgery as this will play a big factor in what you’ll be able to do after surgery and possibly how quickly you’ll recover.

The posterior hip replacement is the most common type you’ll see if you live in the United States. The surgeon makes a ten to twelve-inch incision on the outer butt cheek. As the name states, the surgeon performs the entire surgery from the back.

While the posterior approach remains the most common in the US, the anterior approach is becoming more common. The incision is done on the front of the hip and is generally about four to five inches long.

At first glance, it’s obvious that for someone looking to get back to powerlifting, an anterior approach is by far the better option. In addition to the above pros, research has shown that anterior hip replacements tend to have shorter stays in the hospital and have better outcomes at three to six months post-surgery when compared to the posterior approach.2

The problem, as mentioned above, is that posterior hip replacements are performed much more routinely in the United States, which means you will need to do your due diligence in finding a surgeon who will perform the procedure you’re looking for. Don’t worry if you’re unable to find a surgeon who can perform the anterior approach, or you’ve already gotten a posterior hip replacement done without knowing there were other options. You will be able to return to lifting. However, it will be a slightly longer road, and you will have to take extra precautions as you make your comeback.

Of all the joint replacements done in 2018, 3.2 percent of them were total hip revisions1. Simply put, a revision is a replacement of the replacement. This can occur for several reasons, but the most common is loosening of the prosthetic, infection, and dislocation.1 The procedure is very similar to the first, but this time they must now remove the old prosthetic joint, which was either cemented in or now have some ingrowth of bone into the metal. This in and of itself means that there will be more damage done in the process of removing the old prosthetic joint. The bone will be more brittle due to this added stress. Most likely, the outcome will never be as good as the first surgery. If this needs to be done a third time, the outcomes become even worse.

With the technology today, an artificial hip is good for about 20-25 years. Keep in mind that this is the best-case scenario without a high degree of stress being put on the joint. Those hips are the orthopedic equivalent of the car that the little old lady used to drive to church and back on Sundays. If you plan to put your new hip through its paces with hard training, don’t expect it to last quite that long. If you intend to get back to true serious training, do so with the knowledge that you’ll most likely need a revision; however, proper programming and smart training can maximize the longevity of the prosthetic.

Steve Fallon is a physical therapist based out of Brooklyn, NY. He graduated in 2012 from Hofstra University with his B.S. in Exercise Science where he interned as a Strength & Conditioning coach. He received his CSCS in 2012 shortly after graduating and began working as a personal trainer in a commercial gym while making his way through physical therapy school. He went on to graduate from Columbia University with his doctoral degree in Physical Therapy in 2015. Steve currently works full-time as a physical therapist doing both homecare and outpatient physical therapy, treating a wide variety of patient populations. He is also currently working towards his Doctor of Science in Physical Therapy (DScPT) at Andrew’s University. Steve has been lifting for 15 years and competes in both strongman and powerlifting in his spare time.