Bigger Is Not Always Stronger: Fallacies of Muscle Hypertrophy for Strength Athletes 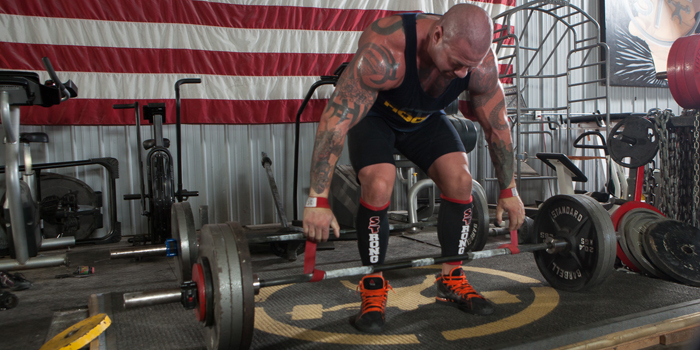 Today’s diet and fitness industry prey on the insecurities of the masses. We live in a world where mass marketing movements of companies, coaches, and trainers aim to exploit the fitness myths on unsuspecting athletes at every available turn. From the notion that juice cleanses will result in immediate weight loss to the idea that the only (and best) way to lose fat is through endless amounts of cardio, the fitness industry is in no short supply of unsubstantiated BS. So hang through some technical terms as I establish an argument against one of these particular misconceptions: the fallacy that working out to make your “muscles bigger” will make you stronger, faster, and able to leap tall buildings in a single bound.

Hypertrophy is generally defined as the growth of a tissue or organ as a result of increased size of individual cells1. For sporting performance, there has been a quest for skeletal muscle hypertrophy since it was established that a muscle with a larger cross-sectional area produces greater force than a muscle with a smaller muscle cross-sectional area (a bigger muscle is a stronger muscle)1,2,3,4,5. Unfortunately, strength athletes are so preoccupied with getting those "gains" or getting "big" that they find themselves believing, and trying, every stupid broscience tip that comes down the fitness crapshoot to increase their muscle mass in the hopes that they will become their strongest selves.

There are primarily two different types of hypertrophy:

Now, here is where the complaining starts to come from those coaches who prescribe inadequate, ill-advised, and malformed hypertrophy "templates" aimed at exploiting strength athlete’s misinterpretation of the “muscle size equals strength” fact. The biggest problem with this ‘fact’ is that it’s taken out of context. It completely ignores the neurological contribution to force production (strength) as well as the appropriateness of hypertrophy for the athlete given their training history2,6. In motor control and force production, the nervous system is responsible for the number of fibers active at any given instant (number coding), the rate at which fibers are firing (rate coding), and the sequence of fiber recruitment (pattern coding)2. A big muscle is no good if the neurological components I’ve outlined have not been sufficiently trained for all the different types of sporting strength an athlete requires (speed strength, strength speed, explosive strength, acceleration strength, starting strength, etc.).

There are some interesting suggestions from the works of Russian Olympic coach A.S. Medvedyev that every athlete has a training period of six to eight years (six for lightweight athletes and eight for heavier athletes) that their body maximizes strength gains via neuromuscular coordination and development in the absence of significant muscle hypertrophy6. It is important to remember that muscle hypertrophy is a consequence of work and will often occur in the presence of strength gains, but this work suggests that it is not the main driver of strength — the neuromuscular apparatus is2. Essentially this says that it takes our nervous system six to eight years to maximize the muscle mass we already have, so why would someone want to take concentrated training time away from strength and skill development for muscle mass to get "stronger" if they haven’t finished maximizing their current muscle mass for strength?

How much in terms of strength gains are you leaving on the table by taking this concentrated time away from strength and skill? Yes, in time the increase in muscle mass will make you stronger, but in the meantime, you could compete in higher weight classes when you haven’t fully developed your current strength potential. Traditional hypertrophy training (and most techniques associated with it) will make you stronger, but not nearly as strong as you would be if your primary focus was purely on developing your sport specific strength and technique in your main lifts. This is the equivalent of an Olympic lifter concentrating on hypertrophy before they’ve ever completely mastered the snatch or clean and jerk. This isn’t to say hypertrophy of muscle and connective tissues during those six to eight training years doesn’t occur; it’s just not the most significant contributor to the observed strength gains from training.

RELATED: A Case for Max Effort Work and How To Introduce It

Deciding if hypertrophy training is beneficial or just a time-suck involves thinking through the needs of the individual athlete in their specific sport. Is mass a requirement in order to be competitive or to compete at higher levels of your sport? A high school senior defensive tackle coming into their freshman year of college football will need to put on weight in order to compete at their position. Hypertrophy training for a strength athlete in this position would be appropriate. For the powerlifter who is naturally incredibly strong and wants to compete in higher weight classes for increased competition and notoriety associated with competing at that level, hypertrophy training would be appropriate. So, while the suggested general rule for the strength athlete is that those who have less than six to eight years of training experience should focus solely on strength and worry about hypertrophy after that, there are some special circumstances that must be considered from athlete to athlete.

So where have the feathers been ruffled? Right here, on the internet. With all of this information in hand, we can conclude that many of the mass produced hypertrophy templates from internet "coaches" are useless for the majority of strength athletes. Almost all of them are rooted in the traditional sarcoplasmic hypertrophy style of training (bodybuilding concepts) that we all formally associated with muscle-building to make us stronger until we were further educated, like through this article. As strength athletes, this style of training and specific type of hypertrophic adaptation does us little good and can even be detrimental to our specific sporting strength. These athletes (with the exception of those outlined above) would yield more benefit from continued strength training geared toward their sport.

Understanding that hypertrophy may not be necessary for strength athletes with less than six to eight years of training and doesn’t require special training regimens or templates is a concept that many online coaches and novice coaches alike will rebuff. These coaches make their living perpetuating the broscience falsehoods of hypertrophy training (via bodybuilding style workouts) and preying on your fear that you have to get bigger to get stronger. If you’re a strength athlete within six to eight years of training (with the exception of certain athletes defined earlier), just train for strength. Don’t get lost in the fallacy that hypertrophy is your only path to getting stronger. Motor control and force production (muscle strength), at its core is a complimentary neuro and muscular system that should be trained as such. Plus, the type of hypertrophy that makes you stronger (myofibrillar) will occur to some degree as a consequence of the work you’re performing anyway2. I hope this article has clarified some of the myths associated with hypertrophy for strength athletes and will save some of you time (and money) from broscience coaches who would love to steal both from you.

Mark Clevenger's professional experience includes being a current Light Weight Strongman Corporation and United States Strongman competitor, as well as the current head sports performance coach for the dedicated strongman training group Louisville Strongman. His former professional experience includes varsity football at Depauw University, being a CrossFit coach, high school football coach, and eight years of military service. Mark's education and certifications include being a current doctoral student, finishing his Doctor of Physical Therapy degree at Nova Southeastern University, bachelors in Kinesiology acquired from Depauw University, and currently holding his CSCS from the NSCA. Check out his website at https://louisvillestrongman.com/.