Hi, My Name is Anne, and I'm an Alcoholic 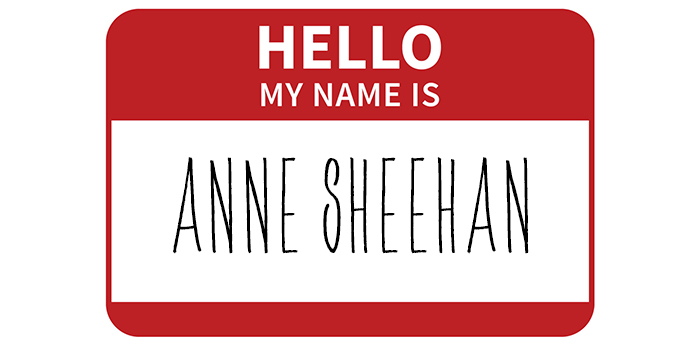 “Hi. My name is Annie, and I am an alcoholic.” These words were one of the heaviest weights I’ve ever had to lift.

Think back to when you were a kid and full of innocence. Unaware even of the hostile environment that might be surrounding you. I played with my dolls a lot. I remember always fantasizing I was a grown-up. There were a lot of things that I had on my ideal adult life list, and I promise you, being an alcoholic was not one of them. When I was a sweet little Catholic schoolgirl, I didn’t think one day that I’d be sitting in a roomful of strangers telling all of them that I am an alcoholic.

15 million adults ages 18 and older have Alcohol Use Disorder. Only 6.4 percent will receive treatment for AUD.

The bottom you have to hit to get you there hurts pretty bad for most. Some people have to lose everything. Some come close to death. Some they get sick of being sick and tired. For me, it was a weekend in jail. Not my first time, either, but this time, there was a shift. I woke up falling off of a top bunk. My forearm smashed into the stainless steel sink and my head hit the toilet made of the same metal, which also framed the cardboard-thin mattress pad. There was sickness in both metal basins.

My bunkmate was about eight months pregnant. The corrections officers were screaming at us. It was 4:30 a.m. and time for breakfast. “What the fuck did you do now, Anne?” I said to myself. Blackouts are a bitch.

That was three years ago as of this past April 23, which was the weekend where I was brought onto Team elitefts. That is only one of many miracles since that day on the jail floor. That arrest, however, was only one of the thousands of drunken episodes that had happened prior. So the story goes back and forth, but all from that day, April 23, 2016, my re-birthday.

In jail, I had to check into the infirmary. My blood pressure was 220/190. The normal range is 120/80. The woman was wearing a coat, hat, and gloves. It was freezing in there. We were given thin green short-sleeved tops and long pants, socks, and shower shoes. 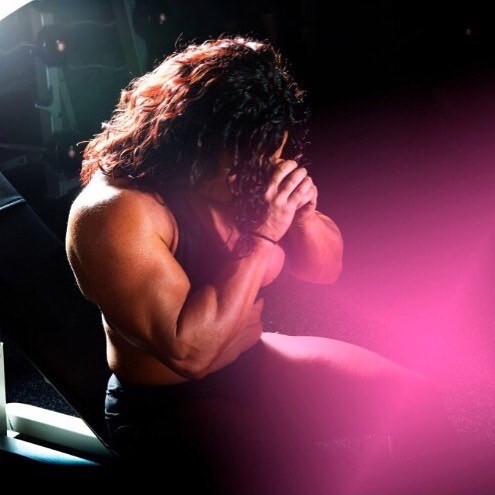 The bundled-up woman ordered me to “go back to your cell and have a stroke.” This was amusing to her. At that moment, it sounded like a great idea. The year was 2016.

I had last attempted suicide in October 2013. The weekend after Meadows took me out to meet Dave. Dave couldn’t crush me. Suicide couldn’t. A slow suicide of daily alcohol poisoning couldn’t kill me.

I went back to the rec table in the middle of the wing I was in. Most of the girls were very sick. Detoxing. I wasn’t yet. I thought to myself, “WHY am I still here?”

I knew if I really wanted to die, all I had to do was keep doing what I was doing. I’ve been asking God that question every day since. “Why am I here?” gets followed up with, “Please use me.” I have a very strong faith. I pray for people who don’t, and I encourage anyone who doesn’t to find one. It doesn’t have to be the same as mine. Just know that we are not alone. That you have a purpose and the world needs you to figure it out.

Once you accept your truth, recovery begins. Acceptance is the answer to all of our problems. In this case, I have accepted the fact that alcohol is my kryptonite and it only makes me weak, therefore I must abstain from consuming any alcohol. OK, great. Now what? You can take the alcohol out, but you are still left with the “ick.”

I started therapy as a depressed adolescent who smoked cigarettes, cigars, and weed and drank regularly and enjoyed setting leaves on fire. I lifted weights, so I could fight and keep up with boys when playing sports. I got really good at soccer.

Nearly a third of 15-year-olds report having at least one drink in their lives. 7.7 million people between the ages of 12 and 20 drank alcohol in the past month.

But I was tiny. I hated being tiny. "Little Sheehan," was a name that made me cringe. I used to like to fight and cut myself, too. Once in a while, I’d eat a bottle of Tylenol and then be sick for three days without telling anyone what I’d done. I think I was 12.

Lou was my first therapist’s name. After a few sessions, he referred my parents and me to his supervisor saying I was out of his scope. Miriam, Lou’s supervisor, was co-dependent, and I latched right on. She seemed to intimidate my mom. I liked that. I was learning how to manipulate.

My dad had his first cardiac arrest around that time. All of a sudden my mom was pouring alcohol down the drain. Both of my folks started going to "meetings." Then, my mom took me to a 12-step program for loved ones of alcoholics. So that was my first exposure to that.

More than 10 percent of American children live with a parent with alcohol problems.

I wanted to lift weights and party. I had zero interest in any of this crap my folks were trying to drag me to. I wanted to hang at the mall with my friends and sneak off in cars with boys. I had detention every single day in school, knowing my mom couldn’t pick me up till she got off from work, about two hours after detention. Just enough time to hit detention, kiss up to the teacher to get out early and hit the gym while the doors were still open and the teams were on the field or court practicing. Then I would smoke a pack of smokes and my mom would take me home so I could walk two miles to the gym and sometimes hitchhike a ride home.

After a 17-year career of IFBB Pro-Qualifying shows, I finally earned the Heavyweight and Overall in both the over 35 and over 40 at the 2016 Masters Nationals, exactly 90 days into my recovery from alcoholism. Can I tell you how much easier my prep was? I hardly did any cardio.

There are various physiological effects from alcohol that I did not know about until I stopped drinking: it prevents REM sleep, so your body never gets fully restored; high levels of stomach juices and ulcers; lack of digestion of proper nutrients; it relaxes the throat muscles, causing heartburn; it creates toxicity to the kidneys, liver, and pancreas; it causes potentially terminal conditions including cirrhosis, diabetes, and dehydration; and it can lead to dialysis and heart disease. One night of binge drinking can throw a person into cardiac arrhythmia. It causes high blood pressure, strokes, increases estrogen levels in both men and women, limits blood flow to muscles and organs and compromises bone density. No wonder my prep to Masters Nationals seemed so much easier!

My husband (patient boyfriend at the time) suggested a meeting.

Tradition Number 6: A group ought never to endorse, finance, or lend the name to any related facility or outside enterprise, lest problems of money, property, and prestige divert us from our primary purpose (to stop drinking). I already had the list of meetings up on my phone per one of my client’s suggestions. Even in jail, the girls I told my story to would make me promise I wouldn’t drink anymore.

“We recover, or we die.” Harsh but very true words spoken at one of my first meetings.

Around 88,000 people die from alcohol-related causes each year. Alcohol is the third leading preventable cause of death in the United States. The first is tobacco, and the second is poor diet and physical inactivity.

There are so many important sub-topics here. Please, let me know if there are any questions you have or anything you'd like for me to discuss. Most importantly, what I want you all to know is that if you or someone you know is suffering from addiction, please reach out. I will be happy to help look up a meeting schedule with you or find resources to help you in your situation.

I have another true-life story where I had to go to a battered women’s shelter. I have been through some shit. But I have no finger to point at anyone anymore. It is up to me to do what I need to do to recover. But we can’t do it alone. We find help along the way. Then we pay it forward. It’s simple but hard to do.

Thanks to that program and the grace of God, I am alive and sober today. I can’t keep what I don’t give away. I’m here to help. We all have dark, dirty secrets. Yours are safe here. I’m sharing some of mine so I can pave the way for someone else.

In opening up to another human being, we transcend. We break open. The vulnerability makes us so human. Being honest has brought the most amazing people into my life, and consequentially, has pushed the wrong people away, thank God.

I encourage you to be you. Tell your story of hope and strength. It will help someone else and then your darkness won’t have happened in vain. Thank you for following along! I hope this helps you in some way.

All statistics are from the National Institute on Alcohol Abuse and Alcoholism.

If you or a loved one is struggling with addiction and/or related issues, reach out to these resources. All hotlines listed below are available 24/7 and are confidential unless otherwise noted. In case of an emergency, call your local authorities.