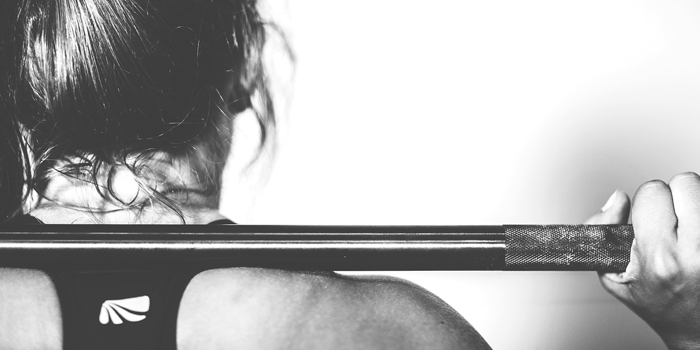 Within the past five years, the “fit chick” image has become a cultural tour de force. While it certainly has many positive aspects, it also has its downsides, mainly the misguided belief that anyone can “look like” a fitness model or a favorite competitor simply with a few months of gym time, a copycat routine and a supposed diet. Truthfully, this isn't the reality in the slightest. Why does this myth persist though?

If I had to trace a short history, I'd attribute the phenomena to two things—bikini competitions and CrossFit. The bikini division in the bodybuilding world has attracted thousands of competitors, and an entire cottage industry has sprung up overnight marketing “bikini prep” to first-time competitors. At the same time, CrossFit has also massively popularized images of muscled and highly athletic women. Subsequently, lots and lots of women everywhere now want that “look,” but what does it really take?

Looking like a fitness model or CrossFit competitor isn't and never will be a moderate approach. The marketing that has sprung up around 12-week transformations or the assumption that simply copying someone’s supposed routine with yield the same results is all pure bullshit. Bikini is probably far worse for this, as endless camps have formed promising a “stage ready” body in only 12 weeks time. These are marketed toward women who have zero experience training and dieting. 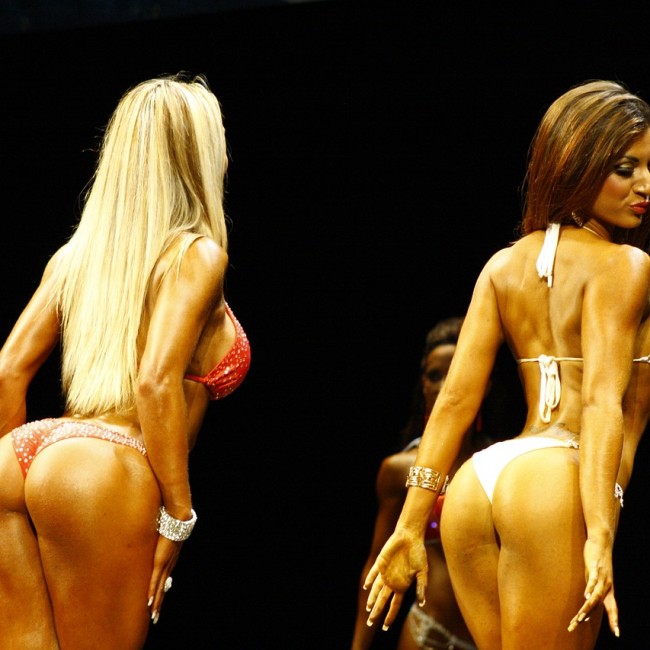 At the same time, there is an expectation that showing up to any CrossFit box and copying workouts of the day for a few months will transform someone into an athletic stud. This is also patently false. More directly, the popularization of the belief that “anyone can do this” is straight out lying. Perhaps people have the potential, but the effort and length of time required will sober up those expectations quickly.

The Realities of What it Really Takes

The odds then that a woman "naturally" walks around with sub 20 percent body fat with abs will be a genetic outlier. It isn't any different than the men who are naturally “ripped” without any dieting or serious training of any kind. This could be argued by a few percentage points, but the point is that being really lean with abdominal definition isn't a normal “walk around” body composition for most people. 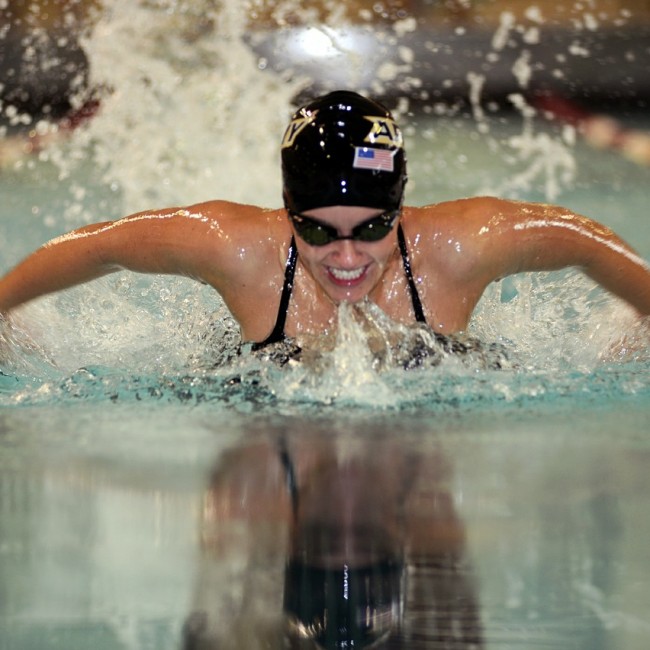 What does it take then? The requirements for both women and men are pretty much one in the same:

Women can build muscle just the same as men, but their starting points are often lower. They have plenty of ground to make up and getting even takes awhile.

So we have lots of training, lots of recovery, lots of clean eating and dieting and lots and lots of time. Read that a few more times so that it sinks in—it takes time to look that way. That kind of body, that kind of “look”—it’s a long-term process. It isn't a transformation. It isn't a pull-out “routine.” It isn't a one-time “diet” that you do for six weeks and voila, abs and ass forever. 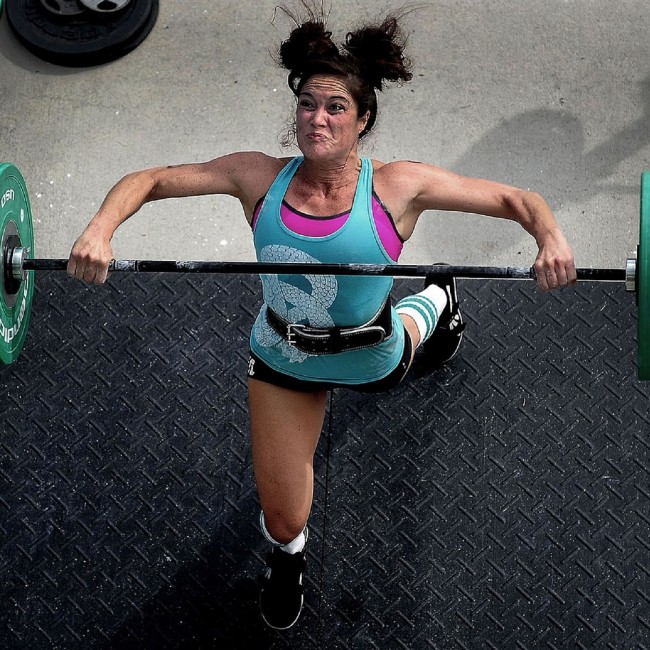 The False Idol That is the “Look”

This is the point that is personally more unsettling than any other and that’s the false worship of the “look” and nothing else. To preface, fitness is hugely cosmetic. People want to look hot. They want to look good naked, and anyone who disassociates physical appearance from confidence is kidding himself. I’d be a liar if I said that having a “hot body” isn’t an enormous boost to anyone's ego. That said, training solely for a “look” is chasing the wind. The body is impermanent in its outward appearance, and it will evolve and be built up and broken down with you throughout your life.

You can be the baddest chick in the room, but there is always someone better looking than you. If your self-worth is built solely on what you look like and nothing else, you'll end up a pathetically weak-hearted person despite how strong you might outwardly look (and this applies to men as well). Your training can certainly have its inception in wanting to look “hot,” but if that’s all it ever means to you, I can assure you that it is a bridge to nowhere. Training must mean something more than what you see in the mirror.

Plenty of individuals in the bodybuilding industry have built their lives solely upon their physiques and neglected all aspects of personal development. When their careers end, they are declining bodies and empty vessels who cultivated nothing internal, and their lives are depressing ones.

That said, the “look” of the body that so many people want so badly is a result of training like an athlete or, in some cases, actually being a competitive athlete (even if it's just an impassioned hobby). For the women who do have the “look” (and maybe they do genuinely train for that and nothing else), their training is still performance driven, especially if they are athletic competitors. They are going hard in the gym for constant progression in competition. In other words, they train really hard. They aren't doing fluffy “toning” workouts. They are busting ass with just as much effort as any man. Probably more so in fact. 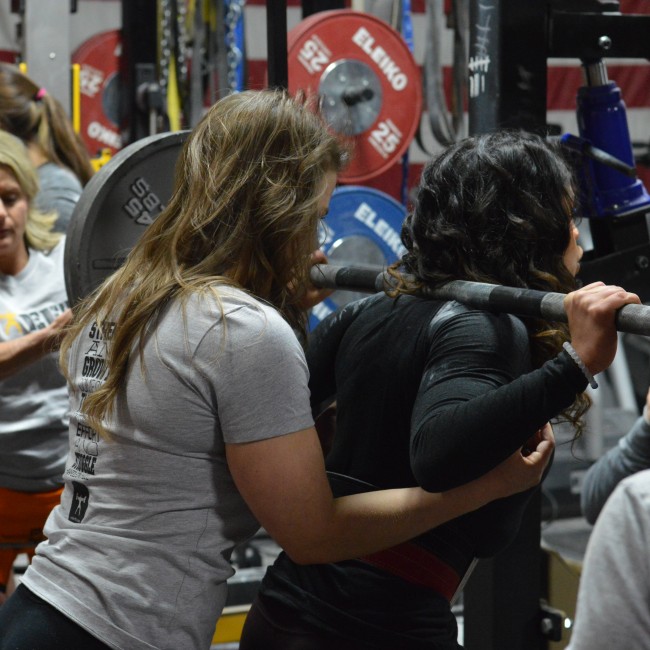 Their bodies are a result of how hard they train, have trained and will continue to train. It isn't a fixed state that they worked really hard on once for a few months and they're done. Furthermore—and this is especially common with bikini competitors—no one is stage ready year around. Anyone claiming otherwise is full of it. Those women have an off-season when they train like bodybuilders and they diet just like everyone else. They might not be dieting as harshly as other classes, but they also aren't walking around with 12 percent body fat year around either.

"But I know so and so girl and she always has abs and she doesn’t train that much!!”

Why does she look like that and you don’t? She probably has much better genetics, is a lifelong athlete and has healthy habits on her side. If she's in her twenties, she also has a much faster metabolism than someone older. I say all this not to discourage anyone, but that's the reality. The training and lifestyle to have a hot body aren't practical or “easy” approaches. For many people, it would seem very extreme, but I emphasize that moderation and extremity are scales of perspective based upon (once again) time spent working and immersing oneself in discipline and process.

Reality is the bane of idealism and expectations. Ultimately, expecting an extreme end-of-scale outcome from moderate scale effort isn't realistic. Looking like a fitness model takes work, discipline and time. Whether it means anything more than just having a hot “body” is something that you decide for yourself in the process. Choose wisely.