I attended a relatively large show in South Florida a couple of weekends ago and was eagerly awaiting the open bodybuilding classes to see what the competitors looked like. I hadn’t been to a show in a while, and I had actually targeted this show to compete (myself), but for reasons I won’t get into here, that just didn’t happen.

I was taken aback and quite disappointed when I saw that the light-heavy and heavyweight classes had only five and four competitors respectively. Now it wasn’t that the competitors were “bad”—they had worked their asses off and deserved to stand on stage—but I would be lying if I said I wasn’t surprised that even with the smaller turnout, the level of physiques on stage just wasn’t as good as I had thought they would be at a show of this caliber. It wasn’t another 30 minutes when I realized what the reason for this was.

The classic division came out on stage, and each classic division had more than 25 competitors. Yes, some looked as though they didn’t belong (like in every show), but the large majority were in very good condition, and it was obvious that there were quite a few who could have been in the bodybuilding divisions but had decided to compete in the classic one instead.

It was at this time that I realized that classic bodybuilding has slowly been slitting the wrist of open bodybuilding. However, unlike most of the people whining on social media about this very thing, I don’t think it is bad at all.  Bodybuilding isn’t “dying” as much as OPEN bodybuilding is dying at the hands of the classic division. You will have your supporters and your naysayers as with everything in this world, but I am in complete support of this shift in the paradigm. Why?

Open bodybuilding has turned ugly. I understand that there are those who support and love the idea of taking the physique to the limit and seeing how far it can be taken. Bitch is, those people are in the very small minority despite those who gather together on social media to slam the current shift in the sport. It might appear that the supporters of the freak show that is open bodybuilding come in large numbers, but that would be the same situation as a redneck, racist white guy finding a Ku Klux Klan forum and thinking that because he is surrounded by like-minded people his group represents a large majority of the population. 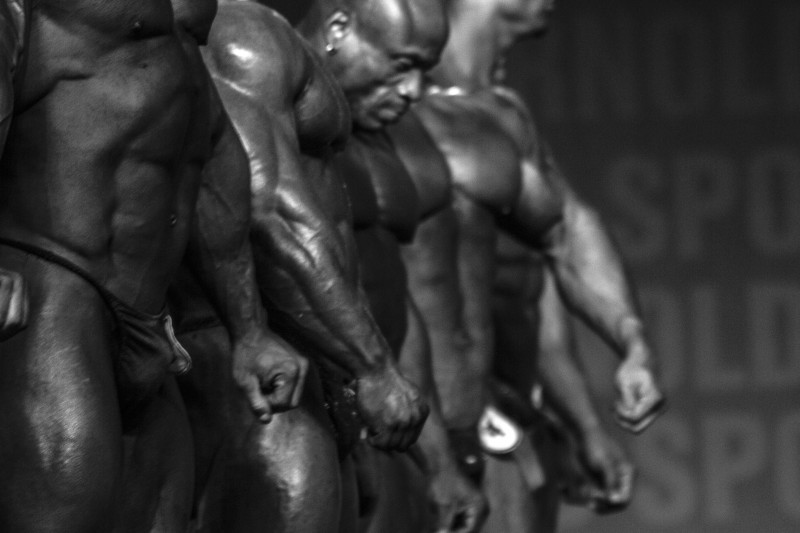 The truth is that a large majority of people no longer find the current look of the open bodybuilding divisions appealing. Don’t believe me?  Explain the exodus to classic bodybuilding then. The simple fact that the classic division is growing as fast as the open bodybuilding divisions are shrinking is the most obvious and inarguable sign. And just because one show might have a huge turnout of bodybuilders doesn’t represent the rest of the shows in the country that are consistently seeing less and less of a turnout for bodybuilding, as well as a significant increase in classic competitors.

The main reasons for this change are obvious and simple:
Smaller waists make for a more pleasing physique—a physique that most people, whether bodybuilders or regular people in the mainstream public, find more appealing. People are now picking up weights and working out not because they want to look like the big-waisted and ballooned-up freaks of bodybuilding but rather because they want to look like the guy with the huge chest and arms yet a small waist.

The other reason the classic division is more appealing is because even a dipshit can logically deduce that a classic physique would likely take far fewer drugs than the alien-looking “thing” that wins top bodybuilding shows (their words, not mine). The truth is, people aren’t as motivated to look huge anymore; steroid abuse isn’t anywhere near as appealing as it was in the days of Drago and Rocky slugging it out.

Sure, there is also the added benefit that more pro cards are being handed out, and it could be argued that a card is easier to get with the added divisions. I don’t personally think this motivates most people to go the classic route, though. I think most people simply prefer the classic look over the no-restriction look of the open bodybuilding class.

Will open bodybuilding survive the new classic division?  No.
Will bodybuilding itself survive?  Yes, it most definitely will.

And it will survive BECAUSE of the classic division. In fact, I would go so far as to say that although classic is slitting the wrist of open bodybuilding, it is SAVING bodybuilding at the same time. Classic bodybuilding should be lauded for this shift, but instead, it is being blamed and ridiculed. If we want the sport of bodybuilding to grow, it needs more mainstream exposure, and when physiques look more appealing, there will be more exposure and participation. More exposure means people get paid more money to be sponsored. I see no downside to this, and I anticipate that over the next handful of years, bodybuilding will reach even more of the mainstream, and we will only have classic to thank for saving the sport.