A Strength and Conditioning Program for Youth Swimming 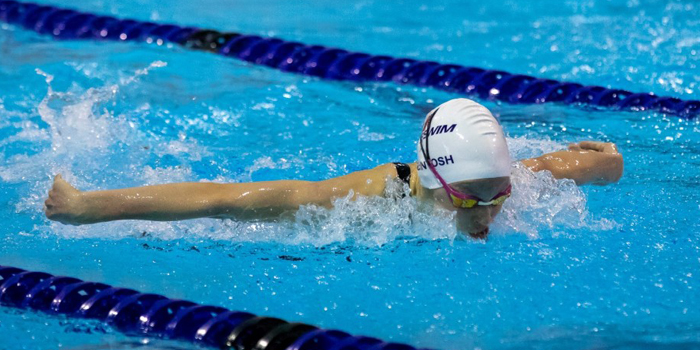 So far in my training career, I have had the opportunity to work with basketball, football, hockey, figure skating, and tactical populations. My most recent sport has been competitive swimming. As with training any new client, there is a trial and error process to see what is effective and what isn’t. In this case, the training system I have put in place for my swimmers (12 to 17 years) has supported them in breaking multiple national records in various events.

Much of our early sessions were spent developing dry-land athleticism through the use of sprinting drills and jumps. Swimmers compete, but kids who have been swimming as their main sport during early development aren't athletes in the traditional sense — put them through a general movement screen, and you'll see limbs flying in all directions, twisting and turning where none is required, and an inability to send force in one direction.

As they learned where their arms needed to be during a sprint, as well as foot and knee positions in a jump, we were able to consistently progress through more advanced power movements, and most importantly, expose them to the most explosive forces the human body can generate — forces that can never be duplicated in water. This builds a power reserve over time, as each individual kick in swimming is a small "jump" and turns off the wall are big "jumps." I now brag that you can put my swimmers in a dry-land workout with any field or court athletes, and they would no longer stick out like a fish out of water. 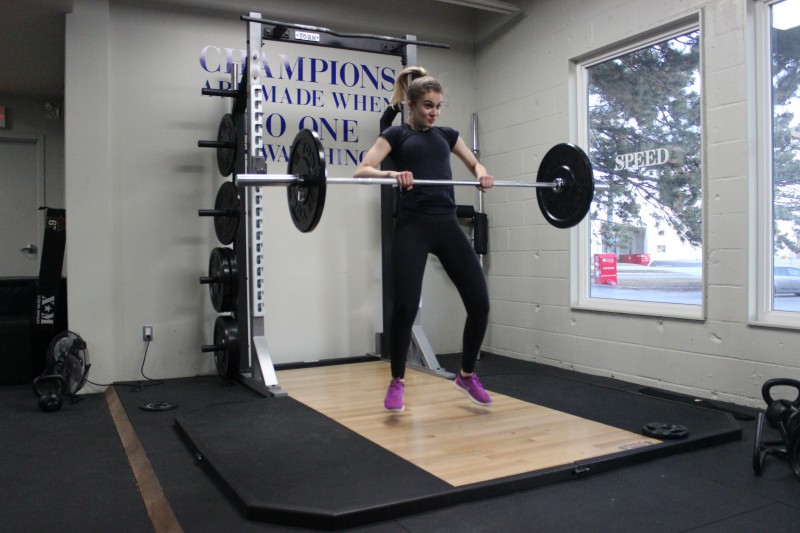 Every workout is a full body routine — working in three-week waves for both lower body and upper body. Our lower body work cycles through trap bar deadlifts, SS Yoke Box Squats, snatch grip deadlifts, and power cleans, usually performed in a 5/3/1 format. Hypertrophy drop sets are then included for sprinters or strength drop sets for distance swimmers (or sprinters closer to competition).

In the days prior to competition, I am a fan of running a dynamic effort cycle (usually box squat versus bands) to get the acute nervous system potentiation associated with that style of training (1). Feedback has been tremendous, and this is a drill I return to in order to get athletes primed but not sore or exhausted going into a swim meet.

Every six weeks, we transition to an emphasis on unilateral movements to address imbalances and reduce overall training load. We often perform bilateral movements from a staggered stance position as simultaneous asymmetrical movements are performed routinely in the sport.

Upper body training involves all general overhead or incline pressing combined with primarily vertical pulling — these are the common force-producing positions in swimming. In our upper body work, we move away from the 5/3/1 format and wave from 15 seconds and 12 seconds to 8 seconds, 6 seconds, and 5 seconds.

The weight does get heavy but staying away from true max effort work helps keep mechanical stress on the shoulder joint low. On this note, I want to be very direct: my swimmers DO NOT PRESS straight bars. All of our pressing work is waved through dumbbells, fatbells, fat bars, and football bars. If you have the equipment at your disposal, use it. The internal rotation and bicep tendon stress created when pressing with a traditional straight bar is enough reason for me to completely toss it in programming for athletes whose shoulders already perform thousands of repetitions per day in varying positions.

Pulling with internal torque is especially important and a pattern that needs to be strengthened — our two most productive pulling drills are hand-over-hand sled pulls and pull-ups in various hand positions. The concentric speed of the pull-up has been found to correlate with swimming speed (2), and thus we perform each rep as explosively as possible — this means shorter sets. I would rather see four sets of four explosive reps than four sets of eight where twenty reps were slow. 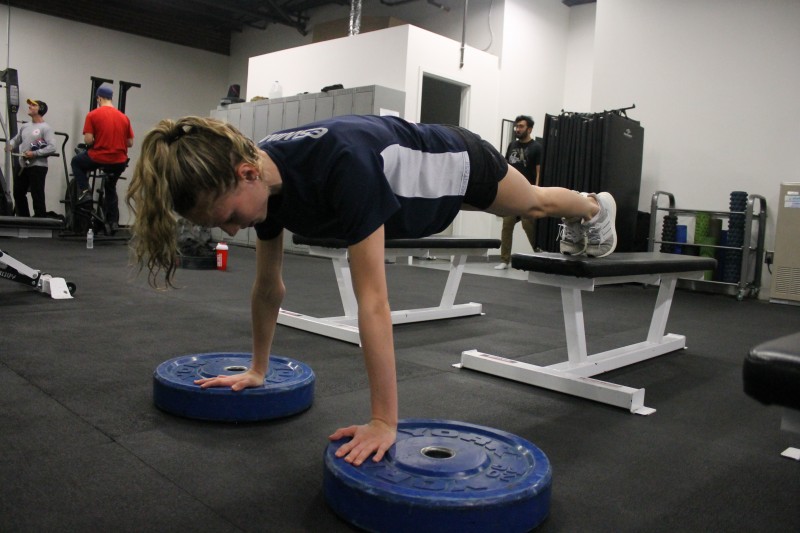 The most common injuries in swimming are overuse injuries of the shoulders and the hips. Every dry-land session is an opportunity to build a buffer between performance and injury. We begin with activation drills to strengthen the glute medius and regain internal rotation of the hip, which gradually decreases as swimmers accumulate volume in the "whip kick” (3). Generally, I keep these activation drills to two sets because 10 reps of an internally rotated leg lift will be perceived as intense for a swimmer with little to no awareness in that position.

For the rotator cuff, we perform banded pull-aparts with varying grips, external rotations, and face pulls with various grips. One of the tools we use every session is the Shoulderok, which has been invaluable in teaching synergy to the stabilizers of the shoulder, reducing hypertonicity, and regaining supple but explosive qualities to the joint.

Cardiovascular conditioning is a double-edged sword. I lean toward doing little because of the enormous volumes they undertake in the pool (my hockey players complain to me about a three-hour practice and I laugh — my swimmers tell me about a 10km practice and I scream in horror).

Recently, for my distance swimmers, we have begun to work in some intervals of assault bike and band-resisted sprinted or rowing because dry-land conditioning is a novel stimulus that can create a greater reserve for pool conditioning. We start in smaller intervals, but the goal is to work toward improvement and efficiency in a workload similar to their events. 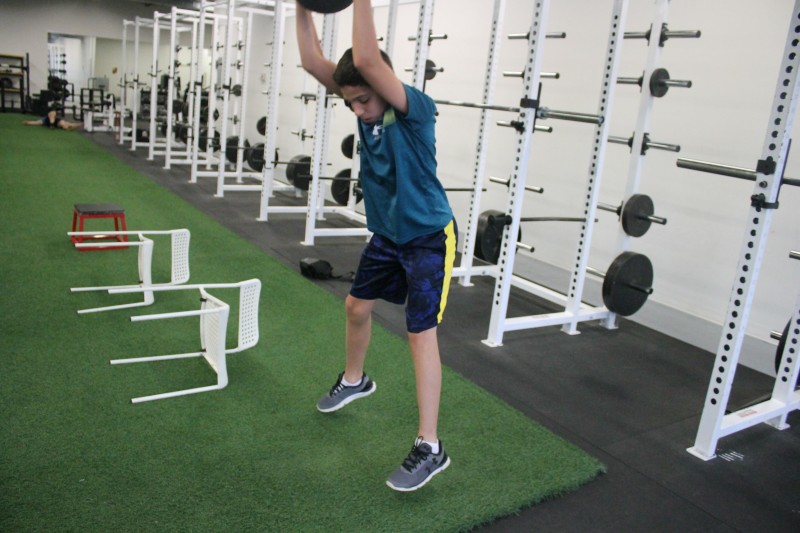 Jordan Guilford is a sports performance coach and a competitive powerlifter and strongman based out of Toronto, Ontario. He spent four years as a fitness instructor with the Canadian Armed Forces and is currently the fitness director at Canadian Ice Academy, an elite training center for hockey players and figure skaters. He also owns Vej Athletics Training and Performance. You can contact Jordan via email at jordan@vejathletics.ca.