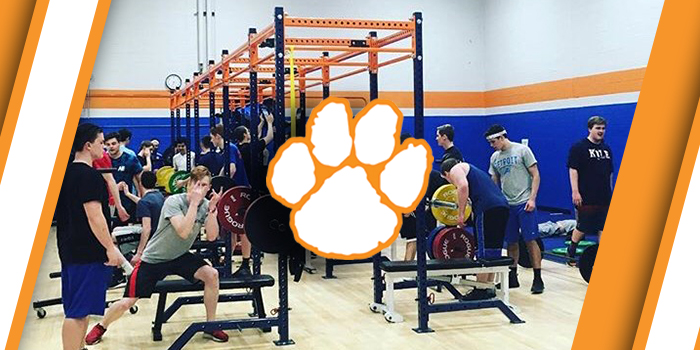 I met Chad Smith at one of my "Implementing the Conjugate System in the Middle and High School Clinics" about three years ago. I don’t remember a lot about him from our first interactions, but I do remember him asking a lot of good questions about things like getting administrators on board to put lifting into the curriculum, how to get kids to buy-in to the weight room, etc. Fast forward three years and this guy is back at Livonia High School in New York—his alma mater—putting up a rig and completely revamping an old practice gymnasium into one of the best training facilities in the county. It’s amazing what you can do with some drive and showing your administrators some initiative. I think too often people assume that the people that are running the show aren’t going to find money or back your vision. The good thing about Chad is he did what way too many of us never do: he took a shot at it.

Chad’s quest for training knowledge started years ago when his own personal health had begun to slip and a coworker turned him onto CrossFit. This consisted of better nutrition for himself and 3:30 AM alarms in order to fit his training in. In the beginning, he was bringing this style of training back to his athletes at his previous high school with some decent results. After some assessment, he realized he needed to put a system in place that took more recovery and central nervous system preservation into account. This is when he discovered the conjugate system and started transforming his role.

“I knew I needed to find something better for training athletes to keep getting them strong but not killing their central nervous systems and leaving them drained trying to perform in their sport," Smith said. "That’s where I came across conjugate programming. It’s funny how life changes for you. I was the head basketball coach at my last school and now my primary role is strength and conditioning and I love it.”

The more Smith works with the young athletes, the more he is realizing the importance of weight training with young athletes. By implementing simple lifting techniques and movement patterns he’s seeing big changes already in a very young strength and conditioning program. Attacking the athlete’s glutes, hips, and hamstrings has had a big impact for Smith and his athletes. ”The more I learn and work with athletes, the more I realize that they really are weak in their hips, core, and posterior chain," Smith said. "Just learning basic movement patterns and gaining strength has had a tremendous impact on the athletes I have worked with."

In addition to these performance improvements, Smith says that strength training has also played a role in keeping his athletes healthy and ready to perform: "More importantly [than strength development], teaching them how to move well has such an impact on injury reduction.” 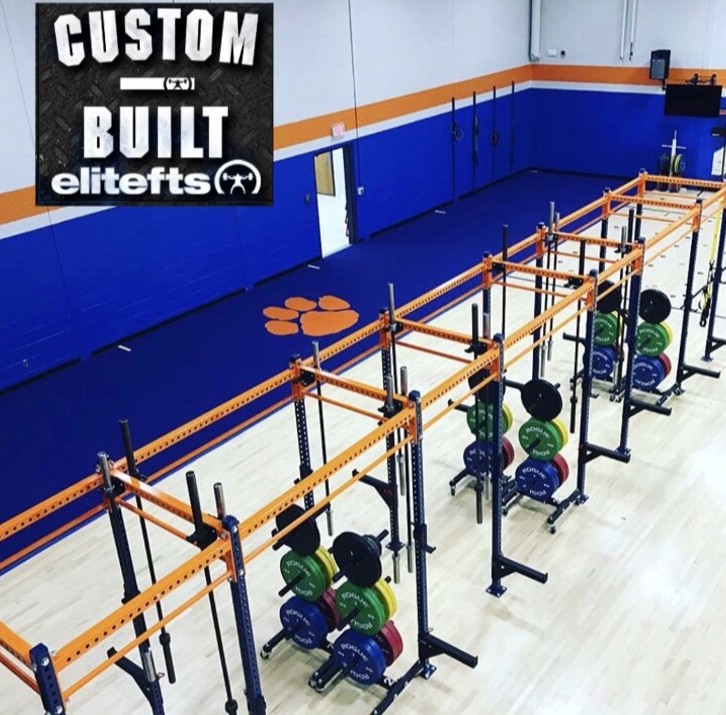 Possibly more important than the physical benefits training provides, Smith has seen an increase in the confidence levels of many of the students he works with. “I really enjoy working with those kids too that are just unsure of themselves," Smith said. "Seeing the confidence that they build as they get stronger and move better is very rewarding.

This is a benefit of strength training that applies not only in the athletic field but also for the non-athlete population that Smith works with. His new facility serves everyone, including athlete training and adult fitness classes. The feedback he has received on the positive impact of training has ranged from simply feeling stronger and better, to improving health markers. Training is having a huge carryover to all populations, and everyone is benefitting from Smith's new facility.

"The weights don’t lie: if you aren’t working hard and dedicating yourself, you’re not going to see the results," Smith said. "Kids can learn a valuable lesson in that [and] it has helped our whole community as well.”

Even though "culture" and "buy-in" are buzzwords that everyone is getting beat over the head with in the industry right now, they do need to be addressed. Negative culture and no buy-in are both problems, and often go hand in hand. Smith has let the programs' results speak for themselves and do his "recruiting." Smith's approach to managing buy-in is to adopt the philosophy that if the mailman were to stop and kick every dog that barked at him, he’d never get the mail delivered. “I have no time to waste with those that aren’t bought in," Smith said. "I dedicate my time to improving as many people as I can that want to be there, let the results speak for themselves, and keep it as positive of an environment [as possible] so kids want to keep coming back."

With this mindset, the kids that want to come and work get top-notch service and coaching. The ones that don’t want to work don't experience the same results, but eventually they fall in line because they see the success of the other kids. "The rest has seemed to take care of itself," Smith said. "Our numbers and our strength gains speak for themselves."

To Smith, culture is how you go about your business. When you step into the weight room, you are there to work and get better. He believes that what you permit, you promote. When the kids come in they know the expectations, so they do a good job getting after it. “I feel our job as strength and conditioning coaches really should align with the coaches," Smith said. "If we allow athletes to take reps off and not go hard, what do you think they are going to do in practice or a game?"

By helping these athletes push themselves, Smith believes they learn several important lessons that set them apart. "Accountability, hard work, dedication to something bigger than yourself, and tough love [are] what will help set us apart," Smith said. "It’s not what you do, but how you do it that matters."

The new facility is 3200 square feet and includes an eight-station rig, bumper plates, sleds, rowers, chains, bands, and a 72-foot by 12-foot custom section of turf. What was once set up for a "bunch of individuals working out" is now streamlined to allow teams to efficiently train. Most days Smith runs 150 athletes and staff through the room just during the after-school hours. “With our new setup we can have up to 40 kids working on squat and bench safely and still have enough room throughout the rest of the facility to work with other teams," Smith said. "We have become very efficient, safe, and our numbers are continuing to grow. It has been fun working with all these teams!”

This facility is designed to improve athletic performance through efficiently teaching the basics, including the squat, bench press, deadlift, medicine ball throws, some Olympic variants, and movement basics on the turf. The results are already speaking for themselves.

Strength Training and the General Public

During my conversation with Smith for this article, I asked what he thought the general public should know about strength and conditioning, and he shared several things he was passionate about. “It’s not all about getting big and looking like Arnold," Smith said. "It’s teaching about nutrition and how to develop healthy eating habits, how those habits translate to performance and strength gains, how sleep—or lack thereof—and stress can have a negative impact on your performance, and how recovery is just as important, if not more important, than training itself."

These recovery drills, particularly yoga and mobility drills, sometimes take a bit longer for athletes to adopt, especially with the kids. "It’s funny, when you start trying to get kids to do yoga (boys in particular) their ego kicks in and they are too good for it," Smith said. "Then a week or two later they are begging to do it. They start to understand how it helps them and their recovery."

Of all aspects of his job, Smith says that the opportunity to positively impact others is the most meaningful part of his work. "I’ve learned I can have such a great positive and very meaningful impact on people through strength and conditioning," Smith said. "I really enjoy my job.”

The Livonia Sports Performance Clinic will be held June 30th at  Livonia High School in the newly revamped weight room! This will be something coaches of all levels will not want to miss!