Yoga for the Serious Strength Athlete 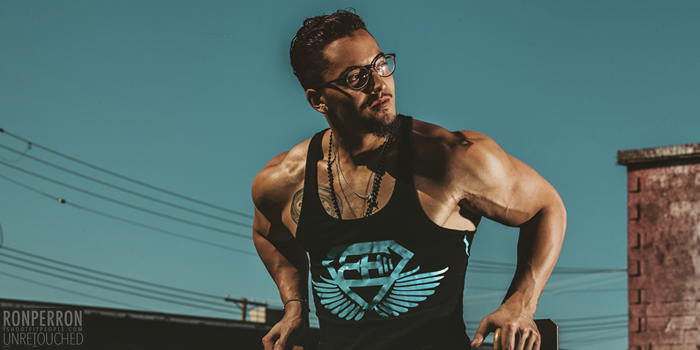 Yoga has, by far, been the best investment I’ve ever made in my health and my bodybuilding endeavors. Not only have I seen rapid improvements from practicing yoga itself, but the carryover of these effects to my day-to-day life and into my training sessions has been otherworldly. So much so, in fact, that the subject of this article makes for a worthy addition to the Contrarian’s Approach to Building Muscle I wrote back in September.

Before diving into what I’ve experienced after just three weeks of practicing yoga, let’s rewind so we’re on the same page as to why I began going in the first place. This is important because the reasons are probably going to be the same reasons why you should consider going — or at least doing something to give back to your body after tearing it down in the gym.

If you’ve been training seriously for any amount of time, you’ll know that beating down your body, constantly challenging yourself to grow, and sliding more and more weight onto the bar takes a toll on you, no matter how much attention and detail you pay to your sleep, stress levels, nutrition, digestion, and recovery. All of these biofeedback metrics are important—and I’ve talked about their impact before—but they’re all systems and processes that have impact within your body.

Now, on the topic of your range of motion, flexibility, injury resiliency, muscle activation, and mind-muscle connection, only a one-dimensional fool would overlook these pieces to the training puzzle and brush them under the mat.

For years, I was that fool.

I thought my body was invincible, bulletproof, and capable of handling whatever I decided to throw at it. And so more and more weight would slide onto the bar. Caught up in my quest for more size, strength, and growth, I let caution fall to the side and only gave attention to building more muscle. Not so coincidentally, the past six months in particular, I’ve pushed harder in the gym than I ever have before.

Don’t get me wrong, I’ve grown significantly (currently up 32 to 34 pounds from my stage weight on July 1st), and my strength has skyrocketed across every single movement, largely thanks to my newfound obsession for chasing progressive overload. But along the way, I’ve become exactly what I promised myself I never would: a tight, aching, muscle-bound ball of a human being.

Waking up and rolling out of bed had me feeling like a 90-year-old Grandpa with two ungreased metal hips. I legitimately came to dread tying my shoes, because bending over would cause my lower back to cry out in anger. Worse, this perpetual tightness began to show in my physique.

Looking in the mirror, I could clearly see one shoulder sitting elevated above the other, my lats inserting at different heights, the mind-muscle connection with my chest left much to be desired (same with my calves), and rare was the day where I could make it through a leg session without having to take a break in the middle to let my lower back calm down and allow me to finish the session with intensity.

So we’re on the same page: If you want to build a jaw-dropping, aesthetic, muscular physique, everything I just talked about cannot be allowed to persist. Handcuffed progress aside, this is how you end up developing dangerous muscle imbalances, tearing muscles, impinging your joints, and doing more harm than good to your physique in the gym. That was the threshold I had to reach before doing something about it. The one driving force behind my decision to take up yoga was that I knew it would gradually unbind my body and eliminate the pain in my lower back. That was all I really cared about, and any other benefits that might happen were icing on the cake. 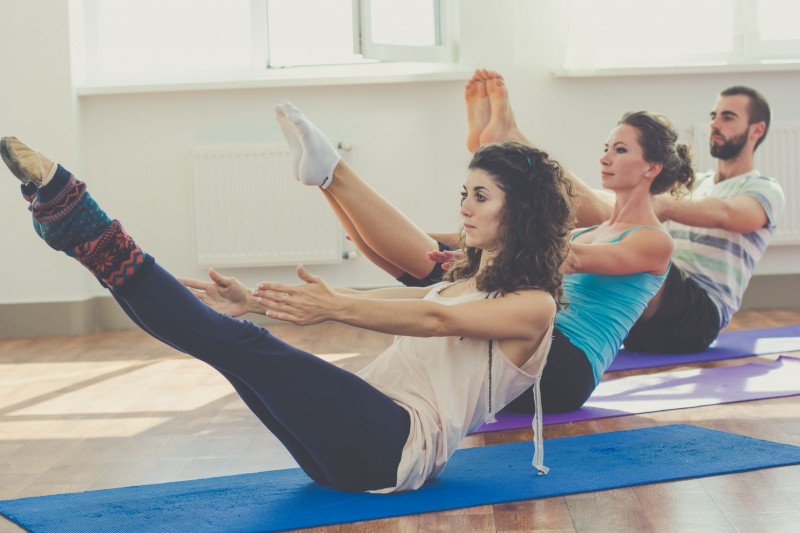 In a matter of weeks, I’ve experienced the following results and progress from practicing yoga:

At the onset of practicing yoga, all I wanted to was to eliminate my aches, pains, and regain my long-lost ability to move like the athlete I was in my younger years. After a few weeks of practicing now, that’s barely scratching the surface of what actively working on improving mobility and movement quality has done for my aesthetics, how my body feels, and to some extent, my approach to bodybuilding. Truth be told, the deeper into bodybuilding I dive, the more I see that training is but a small piece to the puzzle — that is, if your goal is to keep kicking the bodybuilding can for years to come, remain injury-free, and develop a functional, capable physique.

MORE: 9 Restoration Tips That Will Make You Stronger

All this to say if you’re a meathead like myself who relishes the chase and process of building muscle—and doing what you can to build a jacked and capable physique—you need to attend to the mobility, flexibility, and movement aspects of your training. And it won’t take you long at all to start reaping the benefits.

If this is an idea that intrigues you, here’s my suggestion:

Hop on Google and see what’s available near you in terms of yoga. Take the time to read and understand the differences between each kind (there are a lot, and I don’t understand them all myself yet). Then pick the one that resonates most with what you need and block off two to three hours per week. Like training, you will not see the results you want from one or two sessions every other week. In order to reap the same (or similar) benefits that I’ve experienced, it needs to become as routine as training.

That all being said, I’ve been doing two different types of Vinyasa yoga. The first type, Power, is fast-paced, challenging, and is akin to a workout in and of itself. I swear I sweat more during these classes than I do in my training sessions. The second type, Yin, is restorative, relaxing, and does a fantastic job of stretching out your connective tissue, reducing stress, and improving circulation, all of which means great things for your progress in the gym.