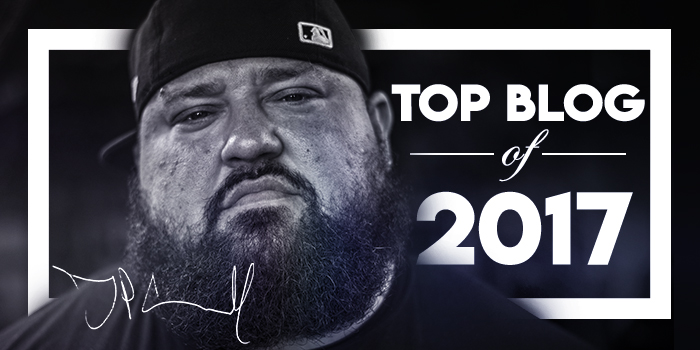 We just finished Thanksgiving and are heading full steam ahead to Christmas. Memes are in our favor. It's big boy season and we get a little love, but let's look at a few things.

Fat Is Not Big

Powerlifting seems to have this general acceptance of "bigger" meaning "stronger," but bigger isn't always better. In our cases (the bigs) we feel accepted when we hear, "Damn you're huge." And yes, a 600-pound squat is badass, and a 400-pound bench is fantastic. But putting on or even keeping a significant amount of "bad weight" is detrimental to getting stronger. I see it so much: fat guys getting stronger in the main three, posting videos and following them up with pictures and social media statuses about pizza and buffets.

The one thing I very rarely see is any GPP (general physical preparedness) functional exercises that work: flexibility, endurance, speed, and strength. These not only improve your overall training capacity but also aid in recovery. Now, we all know I'm no scholar. I'm not going to be offering seminars or even back my claim with science, but I can tell you this: I've been on both ends of the spectrum.

I was 417 at my biggest. Fuck it, I'll say it: at my fattest. And boy was I ill-informed about my strength. Daily I was coached to get bigger, eat more, take more. More, more, more. Being hungry in more ways than one, I did more. Walking a flight of stairs felt like a mile. Putting my socks and shoes on felt like a fistfight. All were justified by pounds on my total, and to this day (sadly), I'd do it again. I was new, and I wanted to be great. 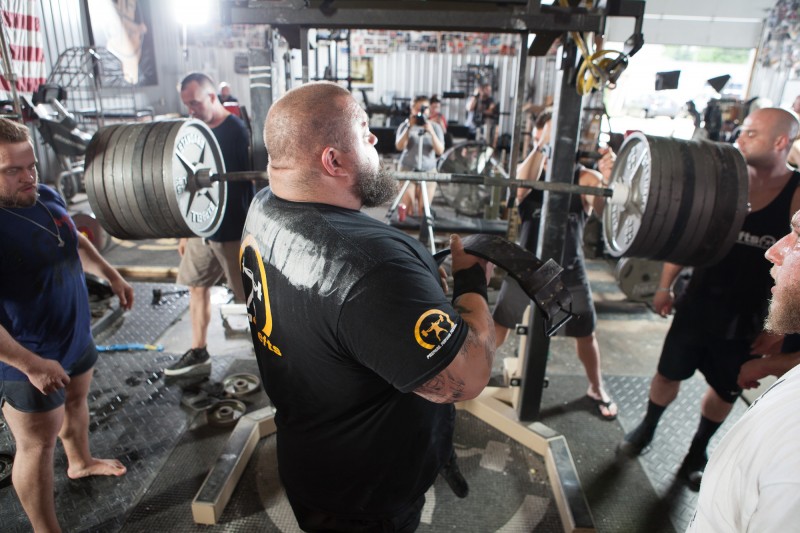 Naturally, my first step was to get my body at a weight I felt "comfortable." Going from 417 to 325 was a pretty easy task for me. I didn't crash diet and I didn't cut carbs. I feel anything that you isolate entirely leads to binging and quickly burning out, or at least it does for me anyway. Instead, these are the changes I made:

I started treating accessories with the same dedication as the main movement. It meant long nights at the gym, but they were needed. Although hitting a couple of heavy singles and going home to stuff my face and sleep seemed to be what powerlifters do, it wasn't working for me, at all.

I found that eating balanced meals that had fats, carbs, and protein regularly actually helped me lean out. I was eating more than ever and could physically feel my metabolism working via the furnace I became upon consuming a meal.

Not test and tren (you know, the stuff everyone talks about cause it's cool). Sorry, chicks run that shit now. It's not as hardcore as some of you like to make it out to be. I'm talking simple legal supplements: vitamin C, D3, K-2, citrus bergamot, and a multi-vitamin. I try my best to consume a gallon of water daily as well, especially during meet prep when the body is taking a beating.

I swear to you on all that I love, nothing changed my body and mind more than my CPAP. It is a legal steroid everyone should check out. It's a fucking game changer, and if you complain about sleeping with a mask on but jab oil from someone's bathtub in your ass, you're an idiot.

I'm sure not everyone is a weirdo and loves pushing a Prowler as I do—shout out to my linemen who love pushing shit still—but the list of GPP options is endless: pushes, sled drags, weighted vest work, sprints, and carries. GPP doesn't have to be torture. Go hike, bike, push yourself, have fun, and make it work. When you find things you like, you will see yourself wanting to do them. They become lovely habits that benefit you in so many ways and will improve your training. Doing this is also a great opportunity to make up lost time with loved ones. We spend endless hours away chasing a total, so take the old lady hiking or the kids on a bike ride. Challenge a race the last two blocks. To me, that's a win-win. You're bettering yourself and teaching the importance of exercise to your family and friends.

I always end with a "moral of the story," so here it goes: train your ass off on your main movements, hit your accessories like it's a top set of squats, eat right, and move briskly. Now I'm not saying go home, dump out the pantry and fridge, and go all-organic. If you want pizza, have pizza, but make your next 10 to 15 meals clean. Live life. I'll never step on stage, but I like knowing two things:

1. If shit were to ever go sideways, I'd be able to handle my own.

If someone sees me and says, “He has been in the gym,” I like that. I never want to tell someone I squat 900 pounds and have them look at me with that sideways dog look, thinking to themselves that they'd never have known. Take control. You will be surprised how much stronger you can get when you push yourself just that much harder and build a base that can support the goals you dream of. Only you can make it happen. Hard work pays off.

Public health officials have concluded that possible serious health problems exist that are associated with the misuse and/or abuse of performance-enhancing drugs, including anabolic steroids. All athletes should rely on these messages in making all performance and health-related decisions.

EliteFTS believes that all athletes should be guided by the conclusions of health officials and medical professionals regarding the health effects of performance-enhancing drugs, including anabolic steroids when deciding whether or not to incorporate these substances in their training regimes.