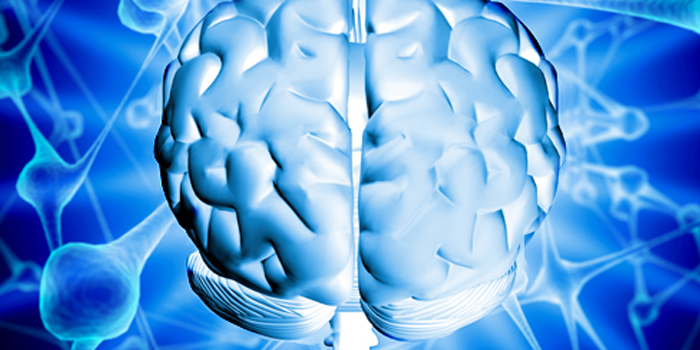 While we often exhaust the science of exercise in strength and conditioning, we often tend to leave the coaching side alone. We expect that we’re good coaches and we don’t need to learn anything else on that side of things. For some, they are right, but for me, I know I was wrong. It wasn’t until I started studying sports psychology that I learned I could greatly enhance my coaching ability by utilizing the social sciences to understand how to elicit the best response out of the athlete. In this article, we will discuss self-determination theory and how it can impact coaching.

RECENT: Beyond Sets and Reps Podcast #3 with Dr. Bryan Mann

Early on in my coaching career, I thought coaching was just yelling and forcing someone to do what they didn’t want to do to make them a better athlete. I think this is the thought of many people who are in the profession, and this isn’t necessarily a wrong viewpoint to have (just a different one than I have now). You use any form of extrinsic motivation you have. Negative re-enforcement, positive re-enforcement, positive psychology, reverse psychology, and games are all a part of trying to get the athlete to work hard. It is very tough to switch the athlete to an intrinsically sourced motivation, and many of us don’t understand why.

I think there are few strength and conditioning coaches who don’t like lifting weights. Many of us have been competitive weightlifters or powerlifters as a part of our athletic career. We love the feeling of the steel bar in our hands and hoisting iron or bumper plates onto the bar. I think one of the most satisfying sounds and feelings is the fourth 45-pound plate and all of the subsequent plates slapping against the others on the barbell when you’re loading plates. It has a certain clank and deadness due to the other plates also being moved that is just music to my ears. 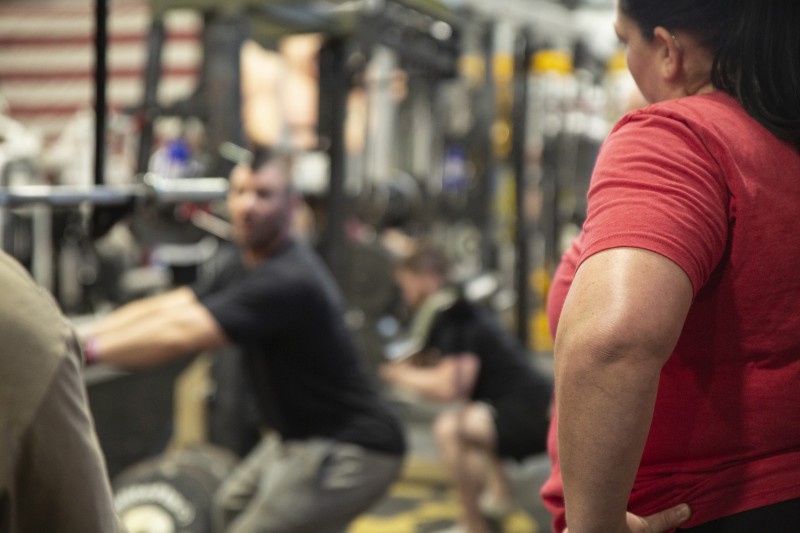 How could someone not like that? Well, why are most athletes in the weight room? For the most part, they didn’t get recruited to lift weights; they were recruited to play a sport. While there are some athletes who absolute adore lifting weights, there are far more who absolute abhor lifting weights. Instead of wondering why they don’t like it, we need to try and spend more time trying to figure out how to get them to become more intrinsically motivated. One of those ways is through self-determination theory.

Self-determination theory, first proposed by Deci and Ryan, is a three-pronged approach to shift motivation more from extrinsic to intrinsic. It has three components to it: competence, autonomy, and relatedness. When thinking about how to utilize these three components, we can see how we as practitioners can make small changes to the way we already do things to cause great changes to the athlete’s performance and motivation source.

We all have things we like to do. I love music and have been in choirs on and off throughout my entire life. I’d estimate that I’ve probably spent about 20 years in some sort of organized choir. I will break out into song and nearly any point if I know the song, much to the annoyance of my wife. When I worked in restaurants, I had co-workers tell me, “You know, if you couldn’t sing so well, it would really be annoying.”

However, you will never catch me playing an instrument in public. I am horrific at it. We don’t like to do things we aren’t good at, but we do like to do things we are good at. If athletes are competent at movements, they are going to be more willing to do them and to do them with greater intensity. If they are horrific at a movement, they will not want to do it, especially at risk of public ridicule and embarrassment.

To shift things toward self-determination theory, the athlete should perform many of their training movements that they are competent at doing. Does this mean we are to never introduce new movements? Absolutely not, you should always do that. However, you need to be careful to do the new movements in an environment where they won’t be embarrassed. You want them to want to do the movements, not be forced to do the movements. 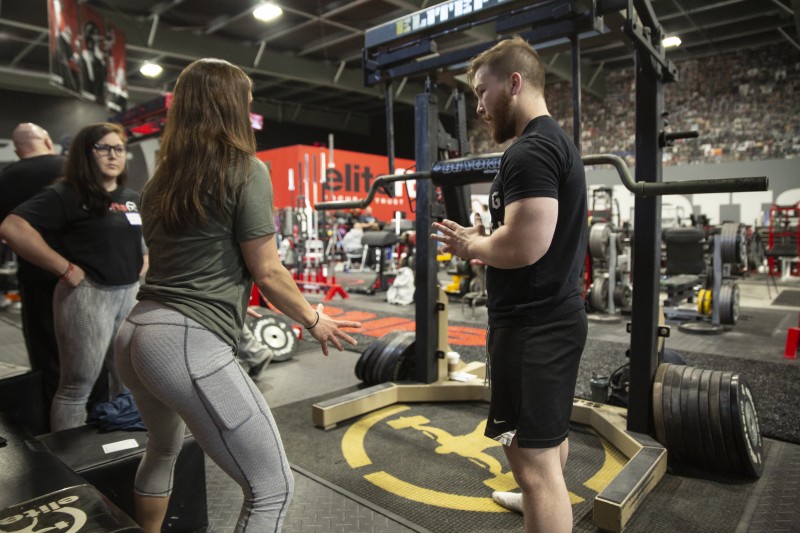 When introducing new movements, spend time on them to ensure that they become competent at it before moving on. Be willing to break the movements down into smaller and smaller movements to where they are digestible by the athlete. An example I have for this is the B march and B skip of the old famed Mach Drills. Every athlete and student I’ve ever worked with looks atrocious at this when they first start. I like the drill to help warm up the hamstrings before practices or sprint sessions. However, the athletes aren’t willing to do it if they look silly.

RELATED: Improve Your 1RM Deadlift with These Variations

I ended up breaking down the movements to keep things extremely simple. We started out doing the movement segmented in a standing position under command with two-second holds in each position, and then progressed to one-second holds in each position, and then to be still under command with no hold per position. We then added in a slow forward movement with this. After that, we added in arm swings.

How did the commands look? I kept it simple. We had three commands: up, out, and back. On up, they drove their knee up with their heel to their hamstring; on out, they pushed out forward with the foot; and on back, they forcefully pawed the ball off their foot to under the hips. Within a session or two, we had some very good-looking B march and B skips, and then I would get the athletes performing the movement without hesitation.

Autonomy means that they have some choice in the training session. It could be a variation of an exercise, it could be load, it could be exercise order; it could be a lot of things. While this does mean giving up some control for a coach, the loss of control is well worth it in the end. The athlete will put out far greater effort once they have the ability to control it or have input into the program.

While some coaches will shudder at the thought of relinquishing control of some things, as it may impact the adaptation made (and I completely understand that and was one of them), by relinquishing some control, the athlete has input, and plain and simply, they just work harder.

Some ways of giving autonomy would be options on an exercise. Several years back at an NSCA National Conference, Joe Kenn gave a fantastic example of this. He had an NFL player come in and tell him, “Yo, I ain’t squatting, man. I don’t like it.” They went through some variations like the front squat, safety bar squat, etc., and they came to an agreement on doing some sort of squat. It wasn’t back squat like he had programmed, but the guy would still do a form of squatting.

Maybe it’s not that, but a grip on a lat pulldown; or if they are going from the hang, mid-thigh, below the knee, or from the floor on an Olympic lift. Maybe it’s load selection like with VBT or APRE. I don’t think it really matters where the autonomy comes from, but it does need to be included in the session somewhere. 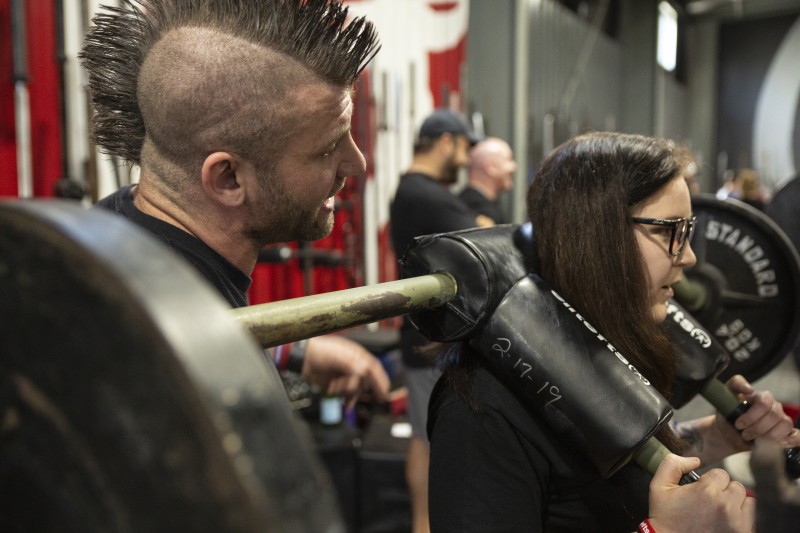 This is an area where coaches should be proficient. You need to teach the athlete why they are doing certain movements or certain intensities. I know that I am a bit of a hardheaded contrarian. If I don’t understand the purpose of something, I’m either going to flat-out refuse or find some way around it. Most other people are the same.

Let’s say you’re dealing with a general population client who’s interested in weight loss. You may know that prowler sprints are a very good means of high-intensity interval training. The person knows that they suck. However, if you explain to them that this is a total body exercise and the suck is because of lactate and possibly hydrogen ion accumulation in the blood which will trigger hGH to be released at a greater rate that evening, and hGH is a lipolytic hormone, so they will be losing fat, it will come from something to avoid to something that will help them reach their goal. Relatedness is often just reframing the content for them. Once they see the why behind the what, they will more likely want to do it.

READ MORE: How to Coach Based on Personality Type

Some athletes don’t like heavy squats. For some positions in various sports, like the line in football or the prop in rugby, force is the number one predictor of playing time. The stronger they get in a movement (to a point of course), the more likely it’s going to be enhancing their play. This may change the session from a chore to a joy for the athlete.

When we have all three prongs of self-determination theory, we can shift the motivation focus from extrinsic to intrinsic. While it may not happen for every athlete, you are increasing the likelihood that it will shift for every athlete. Some will always be resistant, and that’s something we just have to accept. It may be that the athlete just doesn’t like your haircut, so whatever you do will be wrong. That’s OK; we have to accept that and move on.

However, for those whom we can help make that shift, the results that they have in programming will be higher because they’re doing things because they want to do them. They will have a higher level of effort and higher satisfaction with training, leading to better adaptations. If you can do 99 percent of the same program and make small changes that will increase the compliance and effort from the athlete, why wouldn’t you do it?

For more information on this topic, please feel free to go check out the information directly from the horse’s mouth. They have all of their work available at www.selfdeterminationtheory.org.