Powerlifting for the Bodybuilder — Are Deadlifts Overrated? 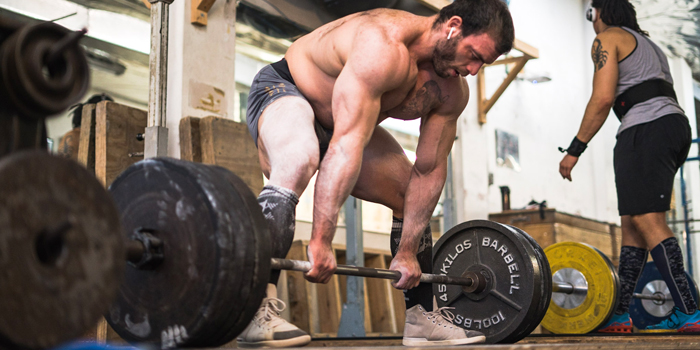 In case you don’t know, my newest goal isn’t strictly strength-oriented: having already set a world record in powerlifting, I’m turning my sights (again!) toward applying that strength to building muscle as part of my journey to earn my IFBB pro card.

As part of that effort, I’m trying to become more active in the online bodybuilding community, and along the way, I’ve gotten some great questions. Questions like these:

Hey, Ben, what’s your opinion on competitive physique athletes using “traditional” bodybuilding methods versus training in more of a powerlifting or strength-oriented style? For example, there are some very high profile names that compete in classic physique who are adamant that they do not need deadlifts. They say they haven’t done them in years and argue that deadlifts increase the risk of injury while training, don’t target the lats efficiently, and so on.

It’s a great question, but my answer is the same as always: you have to find what works for you. The important thing here is not the training style or movement you’re using. Only results matter.

Of course, there’s more nuance than that, so let’s take a closer look.

First, let’s look at the example posed. I happen to know that world-renowned trainer Jordan Peters spoke out against deadlifts recently on social media, arguing that:

If you’re bodybuilding, and that is your sole goal, I would really advise to stop wasting your recovery capabilities on anything but the [Romanian deadlift]. What do I mean by that? The [conventional] deadlift and, even worse, the rack pull, will take a lot from you recovery wise — and what they give back hypertrophy-wise is so inferior to the RDL.

There are two things to remember when you’re considering this statement:

I also don’t believe that Jordan is arguing that no bodybuilder should ever deadlift. I’m guessing that instead, he’s encouraging athletes to evaluate whether deadlifts are worth the recovery investment before including them in a training program, rather than blindly assuming that deadlifts are an essential movement to building a huge back. So, let’s look at two different scenarios with a hypothetical intermediate bodybuilder:

Guess what, lifter #2? You’re not f*cking Jordan Peters. So “that’s what [insert internet guru here] does” isn’t really relevant. In the first scenario, though, the lifter has a very thoughtful, logical reason for excluding heavy pulls — it’s a great decision and shows a lot of training maturity. To be clear, I’m not trying to single out Jordan — I think he’s a brilliant coach and has a phenomenal physique. I specifically received a question about Jordan’s advice, which is why I used him as an example, but the same could go for any advice you receive, whether it comes from me, from Dave Tate or from Ronnie Coleman.

What About Other “Strength” Movements?

When explaining how to incorporate bodybuilding assistance movements into your powerlifting routine, I highlighted the importance of technique — specifically, what my own coach Justin Harris calls training the muscle, not the movement. The same applies in reverse. If you’re training for bodybuilding, it’s perfectly fine to rely largely or even (almost) entirely on traditional strength movements, but only if you perform them in the correct way. The correct way, in case you didn’t watch the video above, involves two important aspects:

With enough practice and strength, you should be able to do this just as well on a board press as you could on a pushdown! Of course, there are exceptions: if a certain movement repeatedly causes you pain, for example, then it’s not a good movement for you! In my case, every time I bench to a one-board, I end up hurting my pec after a few weeks. Yes, I need to find the underlying reason for this repeated injury and address it, but in the meantime, it would be pretty stupid to persist with one-board pressing when I could easily use other movements to the same end.

Here’s a great example of a bodybuilding-focused back workout that could fit just as well in a powerlifting routine as the heavy deadlift day. The devil’s all in the details; in this case, how you’re executing the movements.

It’s actually pretty cool when you think about it. Training for strength and training for a phenomenal physique aren’t really that different if you’ve built a strength base, if you understand your body, and if you’re Thinking Strong about the methods you’re employing. But if you’re just wandering around blindly and listening to the guru of the month rather than your own body, well… you’re gonna have a bad time.